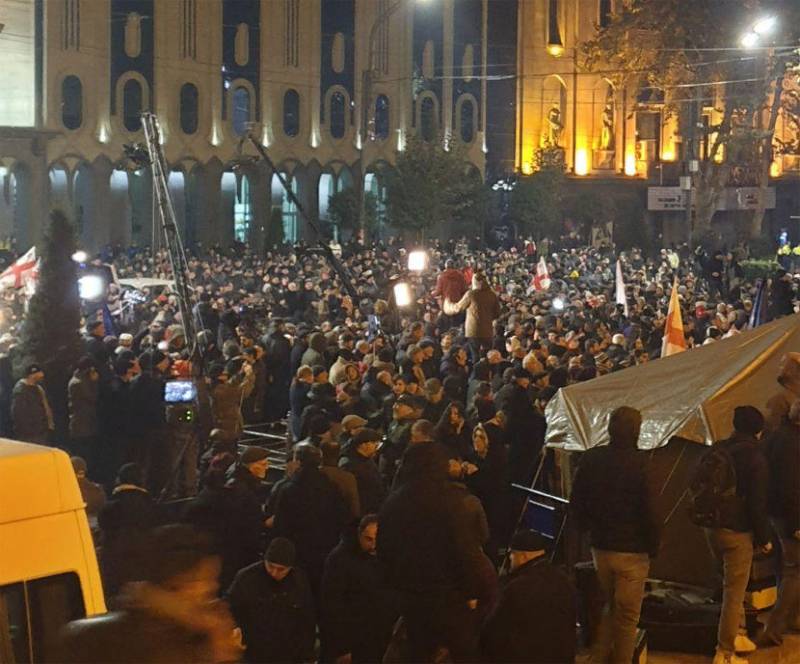 In Georgia, a country of triumphant democracy and pride in the form of transparent-walled police stations, law enforcement officers have begun a violent crackdown on the protest. Protesters blocked the parliament building, and, according to local sources, they did not allow the president to leave the cafe for several hours, keeping the doors closed.


The dispersal of the protest began in the early morning - around 5: 00 local time. When the police special forces appeared in the center of Tbilisi, the protesters, remaining in their places, raised their hands, but this did not help them. Democratic Georgian police cracked down on protesters with water jets. The preliminary high ranks of the Georgian police demanded that the protesters unblock the building and free the square and streets.

During the dispersal of the protest, 28 people were detained. Three people in the process of actions of the police special forces received various kinds of bodily injuries.

Over the past 10 days, this is the second use of Tbilisi police force against protesters. In addition to water cannons, police special forces use rubber batons and other special equipment. During the November 18 rally, 37 people were detained. Those detained by the police eventually received, by court order, up to 13 days of arrest. Main article: disobedience to police.
Military Reviewin Yandex News
Military Reviewin Yandex Zen
41 comment
Ad