Break to the saddle: on the strength of checkers by cavalrymen and Cossacks 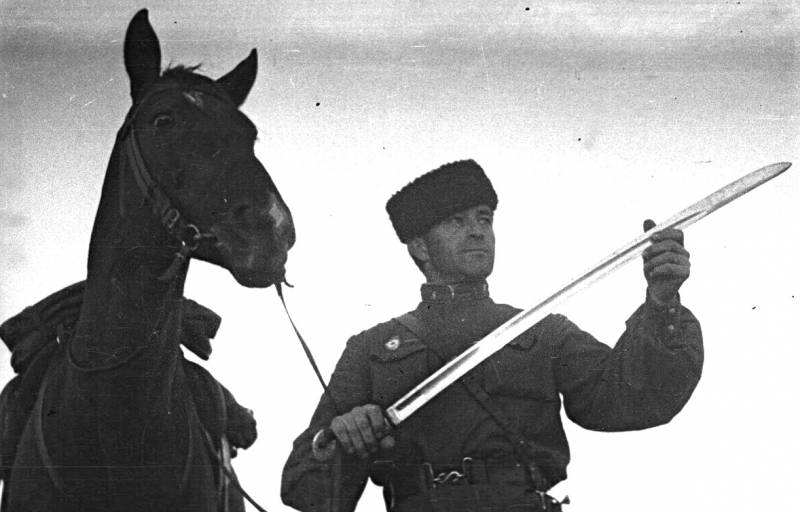 Excellent blade ownership weapons - A visiting card of the Russian cavalry. But what were the art and strength of these blows?


I. Sagatsky wrote about the amazing blows inflicted by Russian cavalry with knives - both in peacetime and during the First World War. In this regard, he mentioned the 2 of a classic saber strike with the sword of the under-the-guard 12 Don Cossack Field-Marshal General of the High Prince Potemkin-Tauride Regiment Zemlyakova (Sagatsky I. Terrible strikes // Warfare. 1960. No. 44. C. 25).

He reported that, being a child at that time, he watched with curiosity and excitement the competitions in the wheelhouse of the lower ranks of the 11 Cavalry Division, which included the regiment. Competitions before the war took place in Radziwill. The number of competitors was gradually reduced until it was reduced to a duel of the last two candidates for the main prize - they were the chief officer of the 11 Uhlan Chuguevsky regiment and the aforementioned undermate Zemlyakov. Worthy opponents went flush, perfectly cutting down all the targets. The commission was in difficulty, not knowing whom to give the championship to. 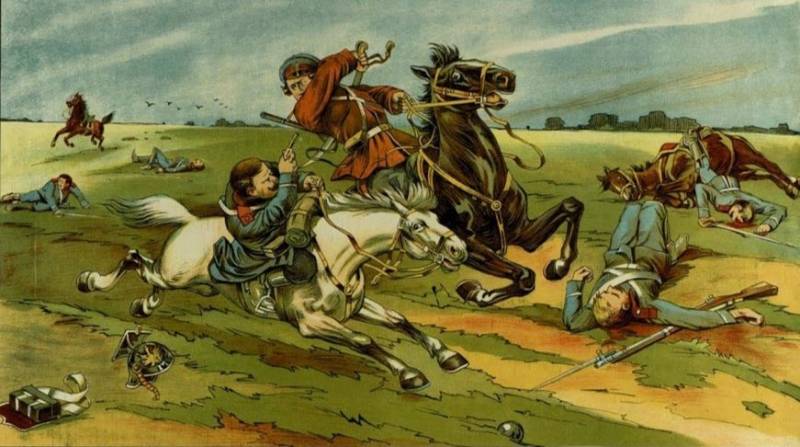 Finally came the turn of an additional test. 2 brought the same, in a good fist thick, long clubs. Cudgels secured in the crosses. On the first club, by lot, they released a vahmistra-lancer. The latter dealt a very strong blow - at more than 2 / 3 depths. But the peculiar “vine”, even though its upper part a little stepped aside, remained standing. Then, on a full career, Zemlyakov went on his red-haired handsome man. The checker of a podgorun flashed ... The club remained standing as if nothing had happened - and those present were at a loss. “Missed,” said a Cossack standing next to an eyewitness. “Not so our undersunner. Wait a bit, ”the other said. And, indeed, the top of the club trembled - and, cut off by an unusually quick and powerful blow, its entire upper part slid down.

The son of the soldier of the cavalier of St. George’s weapons, Colonel I.V. Sagatsky, further reported that at the very height of the war in Galicia, his father, at that time the division commander of the 12 Don Cossack Regiment, had to attack the Hungarian cavalry, which had taken the attack, on horseback. The officer in the letter recalled this victorious cavalry battle, describing several terrible moments. Remaining in the “castle”, he found himself surrounded by several Hungarians - for a long time with despair, fighting off them alone. I.V. Sagatsky was preparing for death, when suddenly a gleam broke through, and then again - seeing the commander in danger, the aforementioned record holder podzorunzhy Zemlyakov rushed to his rescue. Having flown on the Hungarians, he began to chop them - and they all remained in place. The last Zemlyakov struck such a terrible blow that the Hungarian fell in two right in the saddle, being cut by an oblique blow - through the collarbone and shoulder to the side. 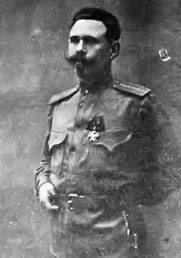 Lieutenant Colonel A.V. Slivinsky, reproducing the details of the cavalry battle at Yaroslavice, recalled the checker hit by Lieutenant 10 of the Dragoon Regiment Kobelyatsky - the last compartment at the elbows both hands of the Austrian major, and then the saber dug into the gunter's neck (Slivinsky A. Equestrian battle of the 10th cavalry division of General Count Keller on 8 / 21 on August 1914 near the village of Yaroslavice. Serbia, 1921. C. 15).

Analyzing the draft strikes of Russian cavalrymen and Cossacks, he notes that they mainly occurred in the area of ​​the shoulders or in the head. Some of the blows were so strong that, like a watermelon cut in half, the head fell apart in the 2 part, and then, moving on, the weapon deeply dug into the victim's body. Austrian cavalry went to war in metal helmets and helmets. The latter, being extremely impractical in the campaign, proved to be useful in battle, saving many lives. Hitting the metal of the helmet or helmet normally, the saber sometimes cut them through (and then, although weakened, the blow hit the target), and sometimes the weapon glided over the iron - and then the blow either “disappeared” or the blade stuck into the neck or shoulder of the enemy (In the same place. C. 42 - 43.). 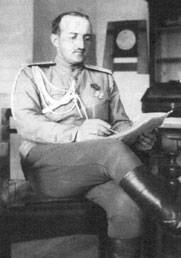 The confrontation between the Russian and German cavalry ended similarly. So, 06. 09. 1914 was a "through" attack of the squadron of Nizhny Novgorod dragoons through the squadron of German Lancers. Counter horse attack began on a quarry, and turned into a slow creep of the two cavalry units met through each other. Russian dragoons, powerful punches easily cut through the German helmets, immediately prevailed. For example, a platoon non-commissioned officer by the name of Luft, with a powerful blow, not only cut a German helmet (with his head open), but when the saber slipped from the victim’s head, he cut the croup of the horse. If the Russian losses in this battle amounted to several people wounded, then the German ones - up to 70 killed and 12 wounded (captured).

The corresponding skills were honed during the years of the Civil War. True, in the fight against the wrong enemy.

So, an eyewitness recalled (Rykhlinsky V. “To the note“ terrible blows ”” // Military War. 1967. No. 47. C. 30.): “In the month of May of the 1920 of the year, before we left for Northern Tavria, by the will of fate, I turned out to be a junior officer of a machine-gun platoon, commander, who was Lieutenant De-Witt, a descendant of the glorious admiral, as I am a Kiev resident. I caught up with the division at Sivash himself and a new, fascinating head of my service began. 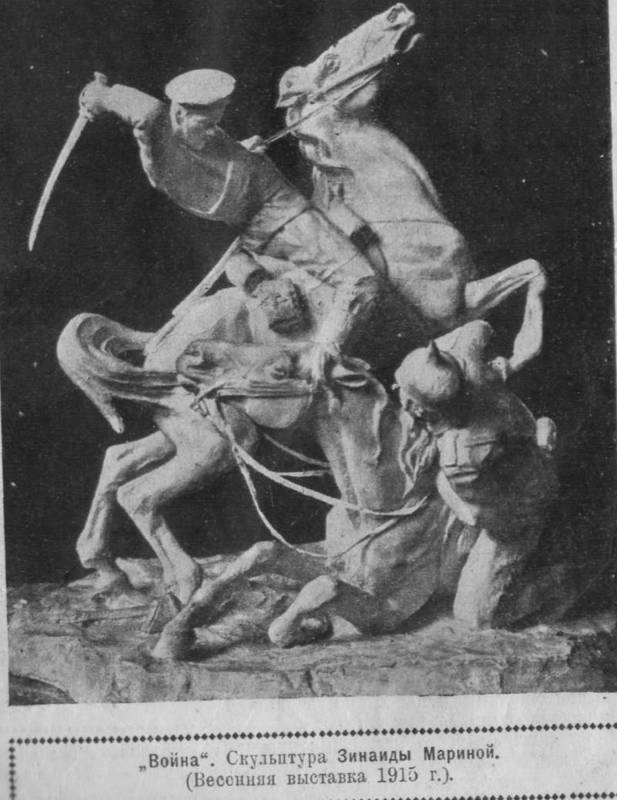 “Machine gunners forward!” The team and we, like the “Makhnovists”, are rushing on spring light carts harnessed by a troika and loaded with a heavy Maxim ... Rear, three or two hundred meters away - horsemen ... We were the first to enter the muddy water Sivasha on 25 on May 1920 of the year, carrying machine guns on boats, while walking chest-deep in water. To the right, armored trains thundered and the long-range guns of Kane hit. From that day marches and counter-marches began, endless attacks, skirmishes with red cavalry, days and nights in the saddle, in the fragrant steppes of Tavria ...

On the fifth day, I managed to fall asleep, curled up in a ball, on a large green chest, in a rich hut. About three hours, I was woken up. Anxiety ... In an instant I was on my cart, the second followed me and we rushed forward to Novo-Alekseyevka, where our headquarters was located. 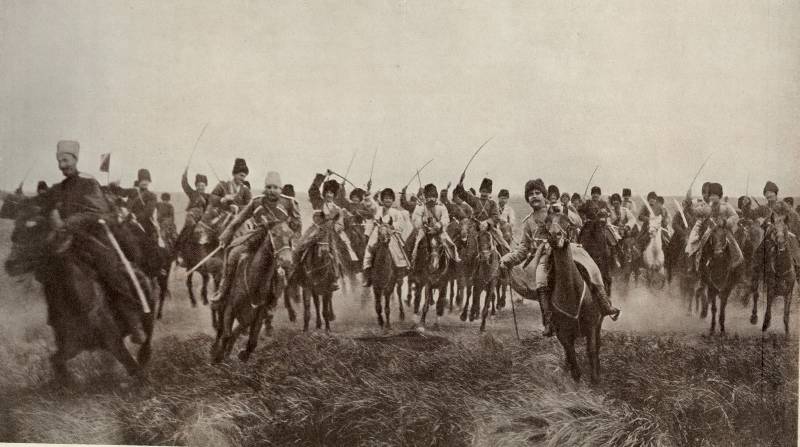 And now, going to a position, in front of dismounted horsemen, on crumpled grass and wheat, we saw strange heaps of “something” ... These were the chopped-off bodies of soldiers of the Kalmyk regiment, who had sentry guard in front of Novo-Alekseyevka. They lay in the same underwear, in heaps of 10 - 20 people. Taken aback by the red cavalry, at about two in the morning, they were completely chopped down. One corpse struck me: it was cut in half, in the very middle, starting from the head to the waist. There was not a drop of blood and the dissected parts were similar to the anatomical models from the museum. Their color was pale pink and the lungs, heart and head with a brain that did not flow out were clearly visible in the section ... A little further, another corpse, his left side was cut off, half of his chest with his left shoulder and arm .. .. The same distinct anatomical incision and not a drop of blood ...

These were “instant” photographs that remained forever in my memory, as an example of what a Cossack checker can do. ”

Author:
Oleinikov A., professor of the Mogilev branch of the Belarusian Institute of Law