How Russia lost the post-Soviet space and what to do 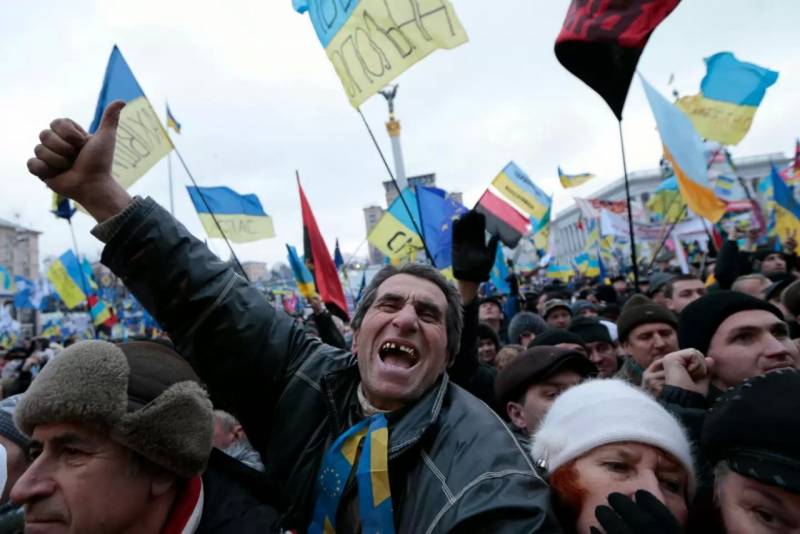 In the three decades since the collapse of the Soviet Union, Russia has largely lost control of the post-Soviet space and real political influence on the former Soviet republics. Some of them turned into open opponents of our country, but relations with seemingly close allies like the same Belarus did not work out in the best way.

From political sovereignty to tearing away Russia

When the Soviet Union ceased to exist in the year 1991, most of the post-Soviet republics, by inertia, continued close cooperation within the framework of the Commonwealth of Independent States, although already then the first problems began in relations with Ukraine, Georgia, and the Central Asian republics. But then too dense were the economic, political, cultural ties between the former Soviet republics.

Years and decades have passed. People born during the collapse of the USSR are now thirty-year-old adults, men and women. In the former Soviet republics, two generations grew up, not connected by a common state and a common history with Russia. What consequences this has led to, we see on the example of Ukraine with its militant Russophobia, which, incidentally, is also supported by many Russian-born people who grew up in the post-Soviet Ukrainian state. After all, school history lessons, state propaganda, the work of the media - all this together forms a national and civic identity.

For the national elites of the post-Soviet states, Russia has always been and remains a risk factor, primarily because the power of these elites is based on the opposition of their countries to the Russian state. Nationalist mythology, which necessarily includes theses on a significant difference from Russia and the Russians, on the Russian and Soviet occupation, is present in one form or another in the state ideology of almost all post-Soviet republics. 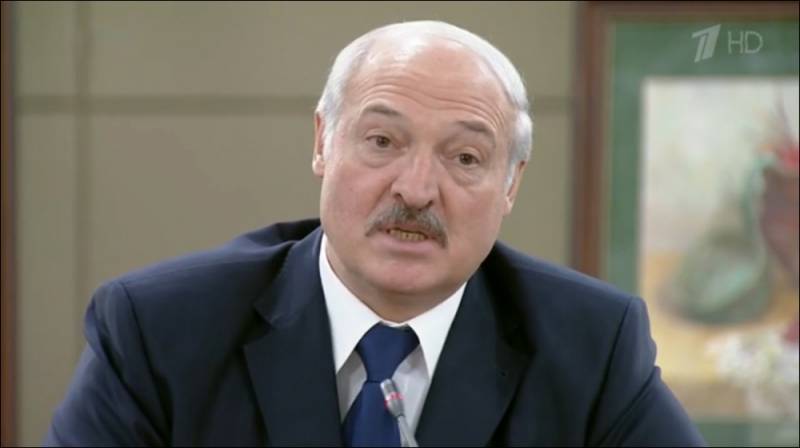 And now we are talking not only about Ukraine or Georgia, Estonia, or Latvia that are clearly unfriendly to Russia, but also about Kazakhstan, Kyrgyzstan and even Belarus. If you do not demonize Russia and do not emphasize your differences from it, the question will inevitably arise, why was it necessary to separate and create your own sovereign state? And so that this question is never asked, the Kazakh, Kyrgyz, and Belarusian elites build systems of political mythology.

Today Russophobia is elevated to the rank of the most important ideological component in almost all the republics of the former USSR. In words, the leaders of Kazakhstan or Belarus may be the best friends of Moscow, but in practice this is not at all the case. And we have often heard harsh words addressed to Russia even from the side of the “father” of Alexander Lukashenko, who had not so long ago been expected to be president of the united state of Russia and Belarus, and many patriots exclaimed enthusiastically: if Lukashenko had been president in Russia!

Republics of the ex-USSR are not interested in big business

In the modern world, politics is largely determined by economic reality, and in relation to the CIS countries it is such that the post-Soviet space is not interesting to Russian big business. The fact is that the post-Soviet republics could be of some interest to the manufacturing industry as a sales market, but it is still not in the best condition in Russia.

As for the flagships of the modern Russian economy - the oil and gas industry, they are not interested in the post-Soviet market. The main buyers of Russian oil and gas are non-CIS countries, which is why our fuel and energy giants are oriented towards European and East Asian directions.

It is worth noting that the post-Soviet markets for thirty years have safely been occupied by other players, primarily the European Union and China. The influence of China is especially strongly felt in Central Asia, where Chinese companies open new enterprises, where shops and markets are oversaturated with Chinese goods. Beijing Central Asia is seen as a historical sphere of influence, and the Central Asian elites, seduced by Chinese investment, prefer to keep quiet even about the oppression of related Turks in the PRC - the Uighurs of Xinjiang and the same Kazakhs, Kyrgyz and Uzbeks.

Ukraine, Moldova, Belarus are oriented towards Europe, although trade relations with Russia still remain very strong. But European companies are not asleep, as well as the Chinese. Celestial China has long and actively invested decent funds in Belarus. Of course, Belarus cannot be called the sphere of influence of China, but the “partners” from the Middle Kingdom constitute serious competition for Russian companies.

Both Europe, the USA and China are not interested in Russia fully regaining control over the post-Soviet space and becoming a key player in Eurasia. Indeed, fragmented and weak states are much easier to manipulate, if we talk about the political point of view, and if we take into account the economic component, then the maximum reduction in the presence of Russian goods and investments can also free up the post-Soviet markets for new players.

Russian influence and security of the post-Soviet space

Initially, at the beginning of the 1990-s, the CIS was considered by Moscow and as a military-political association, there was even a general military command. But then, with the gradual distance of a significant part of the post-Soviet republics from Russia, there came a change in military cooperation. 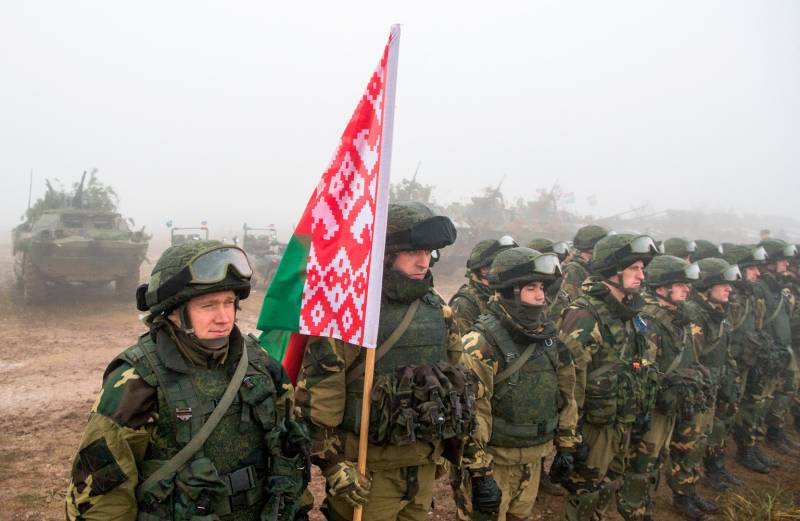 Many post-Soviet republics have fully or partially reoriented to military cooperation with NATO countries. Latvia, Lithuania and Estonia generally joined the North Atlantic Alliance, Azerbaijan closely cooperates with Turkey, Moldova with NATO, Georgia and Ukraine dream of joining it and are most closely cooperating with the American armed forces.

The sphere of increased competition is now the military-technical industry. Until recently, Russia was the main supplier of military equipment and weapons to the armies of post-Soviet states. Now the situation is changing. For example, the same Ukraine is already acquiring weapon in Western countries, increasing the income of the American and European military industries. It is clear that the West is much more profitable to oust Russia from other post-Soviet arms markets, ensuring the presence of their own products on them.

So far, Russia maintains the most dense military ties with Belarus, Armenia, to a lesser extent - with Kyrgyzstan, Tajikistan and Kazakhstan. Of the listed states, Kyrgyzstan, Tajikistan and Armenia, military support for Moscow is simply necessary, since its absence is fraught with very serious, and possibly even catastrophic consequences. As for Kazakhstan, it is showing increasing independence, the exact same situation is with Belarus, which, however, remains the main military ally of Russia in the post-Soviet space.

In many ways, the loss of former influence in the post-Soviet republics is connected with the shortcomings of Russian foreign policy. In particular, what happened in Ukraine in the autumn of 2013 - in the winter of 2014, became possible only due to the fact that Moscow completely let the situation in the neighboring state go on its own and realized only when it was already very late. As a result, Russia lost Ukraine - it is not yet known whether it would be forever or for some relatively long period, but this whole problematic situation might not exist, if our country pursued a competent policy from the very beginning to monitor the situation in the neighboring state.

For twenty years, the Ukrainian leadership, in words demonstrating ostentatious friendliness towards Moscow, actually played a double game, developing relations with the West and turning a blind eye to the activation of nationalist groups. Not under the rule of Petro Poroshenko, but under the rule of Viktor Yanukovych and Leonid Kuchma flourished and multiplied, trained militants, and the press published numerous ultranationalist organizations that did not hide their cave Russophobia not only in 2013, but also in 2003, and in 1993. Moscow did not pay attention to these processes, just as it practically did not react to the oppression of the Russian-speaking population in the Baltic republics, although it was of a egregious nature: what is the status of “non-citizens” in Latvia! 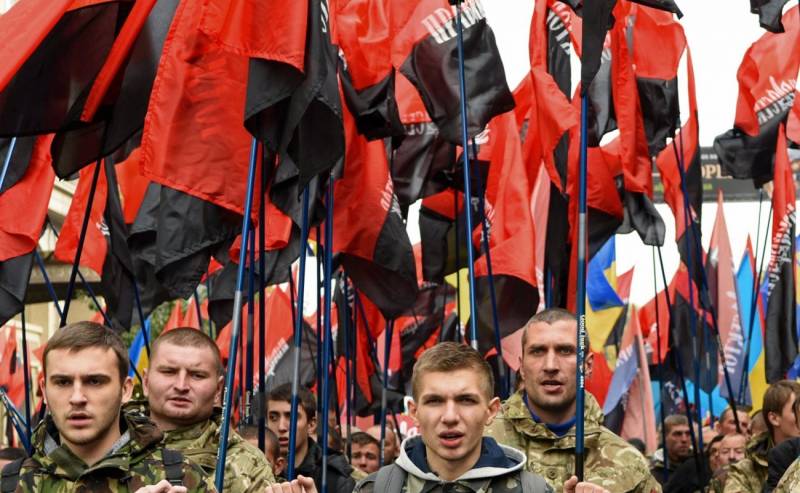 The responsibility for the failures of foreign policy in the post-Soviet space lies primarily with two main departments of the Russian government - the Ministry of Foreign Affairs and the Administration of the President of the Russian Federation. It is they who oversee foreign policy and often act very uncoordinatedly, which is also due to the presence of conflicting interests among various groups and groups of the Russian establishment.

With all the angry rhetoric of Foreign Minister Sergei Lavrov, which delights the patriots, if you remove the pink glasses, you can see a pretty ugly picture. It is over the past decade and a half that Russia’s positions in the post-Soviet space have seriously weakened, there has been a war with Georgia, and an armed conflict has erupted in the Donbass. What is this if not the failures of Russian foreign policy, and even directly on the Russian borders?

Is there a chance to rectify the situation?

Under the current conditions, the return of the lost influence on political processes in the countries of the former USSR becomes not just a desired goal, but a vital necessity. We can’t talk about any revival of the power of Russia as a world power, even though we create hundreds of new military bases in the Central African Republic, Sudan or Mozambique, until Moscow controls the situation in the near abroad, in countries that were less than half a century ago a state united with Russia .

In order to overcome all the deplorable consequences of the loss of control over the post-Soviet space, it is first necessary to change the very paradigm of perception of the post-Soviet republics as some secondary countries that will not go anywhere from Russia. Gone, and how! An example of Ukraine is a typical confirmation of this. And if this happens in Belarus, where does everything go? And in Kazakhstan?

A change in the political paradigm, active economic integration, the revival of cultural ties - these goals should become for Russia, for its diplomatic department, priorities. For example, by all means it is necessary to maintain the influence of the Russian language as the language of interethnic communication in the post-Soviet space.

It is necessary to use levers of political and economic pressure, tools of persuasion in order to maintain the official status of the Russian language in as many post-Soviet republics as possible, and where it was lost for any reason, seek its restoration.

Pro-Russian political organizations, communities and diasporas of Russian and Russian-speaking people should receive full support from Moscow - not only in words but in deeds: informational, legal, financial, and if necessary - political intercession at the highest level.

Indeed, the situation when we reduce barriers to obtaining citizenship to migrants, and in the homeland of these migrants oppresses and survives Russian-speaking people in every way, is not normal, and not understanding this or understanding, but not taking measures, is a crime against our people and their safety.