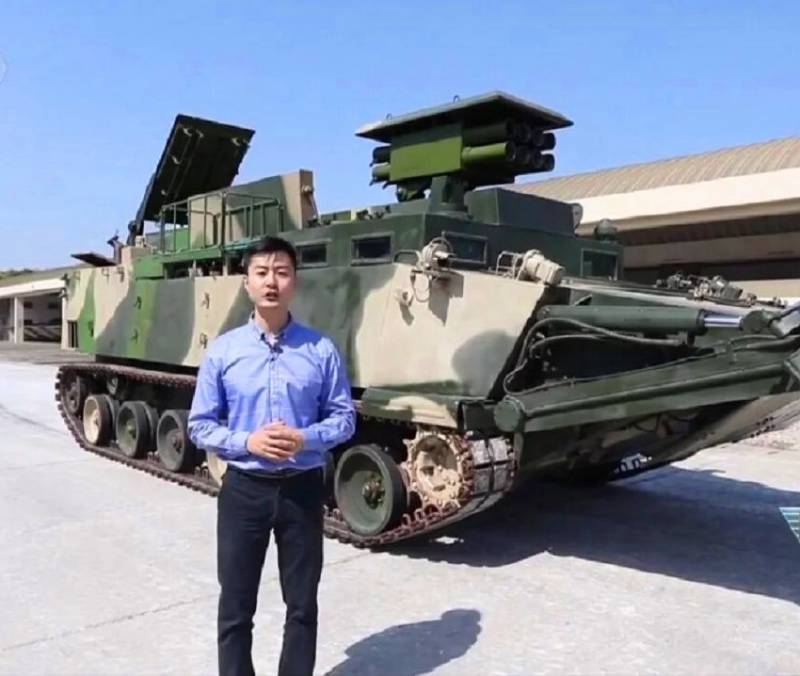 
The new machine is based on a caterpillar chassis and is equipped with a mine "plow" and a tower with a missile launcher. Beijing television did not disclose details about the new project, only mentioning that the system creates a passage through a minefield "into a tank wide", and also neutralizes landmines and improvised explosive devices laid down along roadsides.

The material does not indicate where a similar technique can be applied. The United States suggested that the most likely place is the Taiwanese island of Kinmen (Kinmen), which is located directly near mainland China and has had a very fortified coastline since the Cold War.