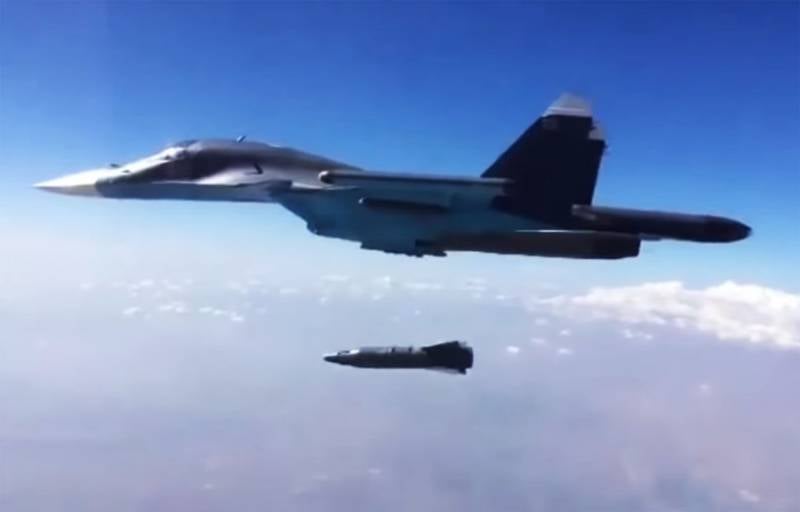 A video appeared on the network with the destruction of a militant stronghold in Idlib province. It is alleged that this is the result of the actions of the Russian military aviation. At the same time, no data are published on when exactly the bombing of the terrorist object was carried out.


It is reported that the militant facility was located on the outskirts of the village of Maaret-Nasan. The affiliation of one of the terrorist groups affiliated with Jebhat al-Nusra (banned in Russia) was confirmed during the reconnaissance of the territory.

The frames show how the used ammunition leads to a powerful explosion. As a result of the air strike, the infrastructure of the militants was completely destroyed. It is clearly seen how the shock wave propagates in the horizontal direction, leading to the liquidation of the facility used by terrorists in Idlib province. It has been suggested that KAB-1500, an adjustable bombs capable of penetrating up to 3 m of reinforced concrete, can be used. Such ammunition, according to some reports, was used by the Russian Air Force in 2015 and 2017 years against militant objects. The power of the explosion in frames can confirm this kind of assumption.

Recall that the province of Idlib at the moment remains one of the “hot spots” on the map of Syria. Several thousand militants are concentrated in it, who at one time moved to the province from other Syrian regions, including from the south of the SAR, during the successful offensive of the Syrian government forces. Terrorists in Idlib have repeatedly tried to attack (including with the help of UAVs) the Russian airborne base Hmeimim, located in Latakia.

Ctrl Enter
Noticed oshЫbku Highlight text and press. Ctrl + Enter
We are
Reports from the militia of New Russia for 27-28 September 2014 of the yearDecember 2010 years. Russian March. Senseless and merciless? Notes not a Russian person
83 comments
Information
Dear reader, to leave comments on the publication, you must to register.