Battle of the chest in the swamp 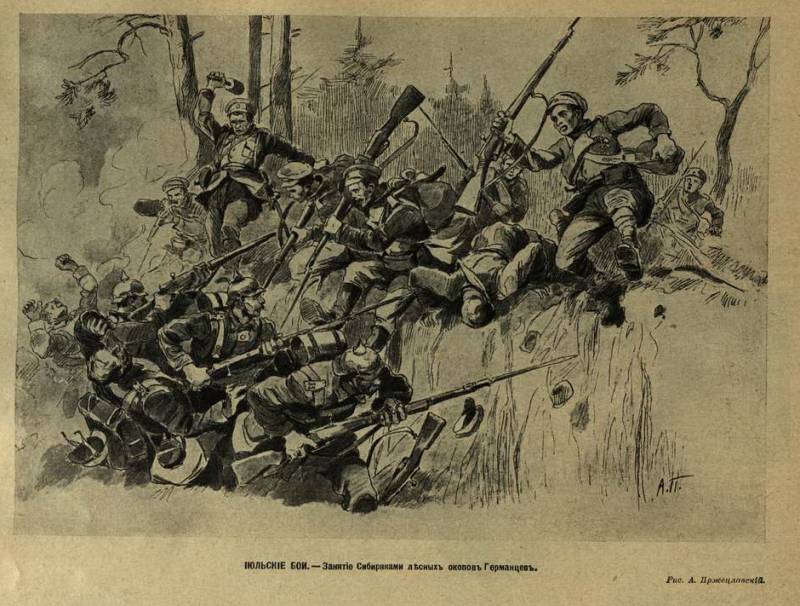 The offensive of the 12th Army strike group, although with difficulty, was developing (Blow to Bauska).

Under the dagger fire

Having begun the offensive at 17 p.m., Siberians were met with rifle fire of all kinds. And I had to move around the area, which was littered with trees uprooted by artillery fire. The battle formations of the advancing have collapsed.

And in some areas, the shooters had to attack in swampy areas, moving along the chest and knee in the bog - as a result, many drowned. The situation was aggravated by the flank and cross fire of the Germans, which was especially destructive at high. 218.

Units of the 17th Siberian regiment were shot from heights 211 - 212 by flank fire. The shooters, having suffered heavy losses, lay down at the wire fences of the Germans. 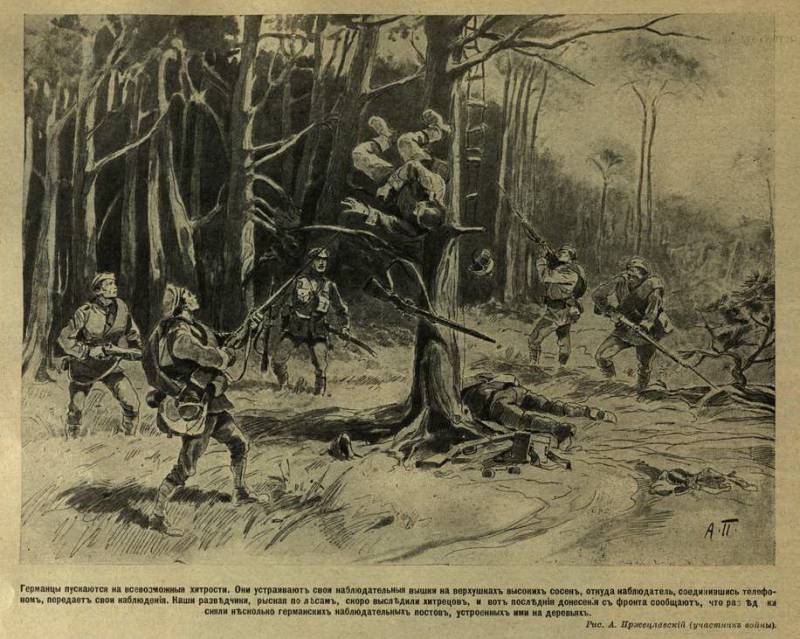 The companies of the 9th Siberian regiment managed to break into a grove west of the Oval swamp. Arrows slowly advanced along the latter, also incurring serious losses from flanking fire (from a height of 218).

10th Siberian Rifle Regiment, led by commander Colonel P. M. Ivanov - Mumzhiev (cavalier of Georgievsky Weapons, for the Russo-Japanese War, 11. 04. 1917 will be awarded the Order of St. George 4th degree), overcoming wire fences, was met by ruthless machine-gun fire. And then the enemy counterattacked. The battle was extremely fierce: during it, the regiment commander was shell-shocked (remaining in service) and the commanders of both front-line battalions were wounded. 2 battalions of the 12th Siberian Rifle Regiment advanced to support the 10th Siberian.

In other areas, Russian units were dug in at enemy wire fences. So, parts of the 5th Siberian division lay 150 steps from the German wire. At the same time, 3 battalions of the 9th Siberian regiment, which were located in the forest northwest of the Oval swamp, could not dig in swampy soil - and suffered greatly from machine-gun fire from a height of 218, to the right. 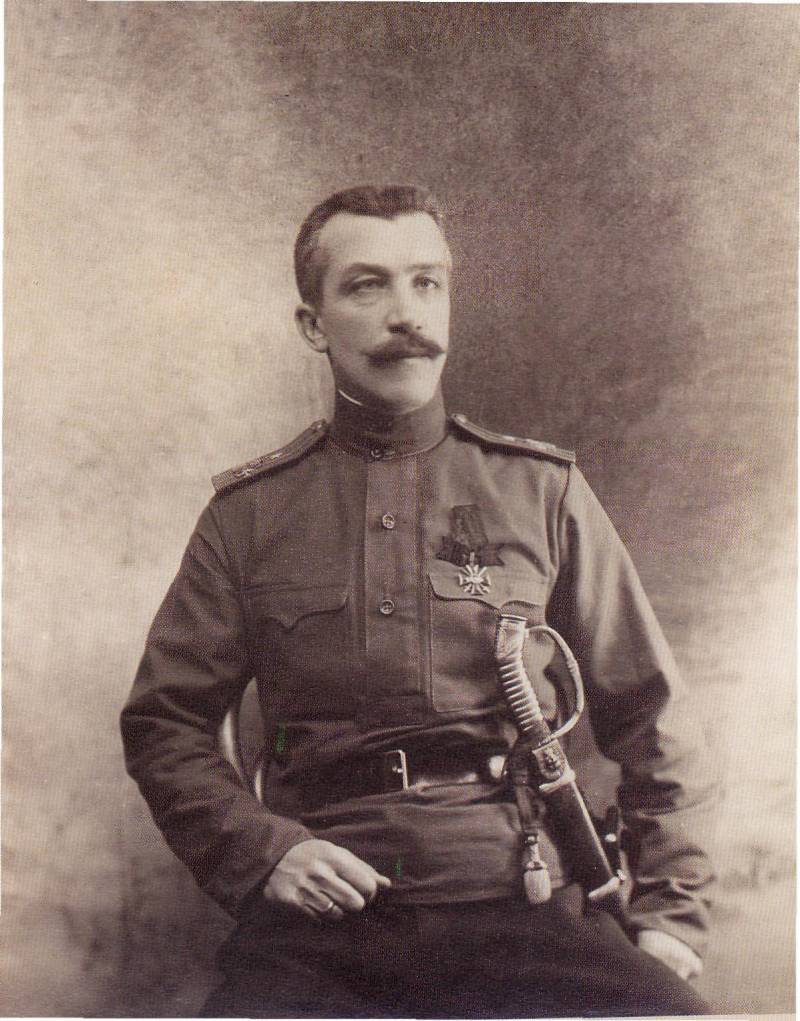 Heroes of the war: B.V. Ovodov, lieutenant colonel of the 18th Siberian Rifle Regiment of the 5th Siberian Rifle Division
By 22 hours and 30 minutes, it became clear that the Germans failed to seize the fortified positions. Despite meticulous reconnaissance, ever new German firing points were constantly revealed - and many of the latter were not affected by Russian artillery fire. Strong shelters withstood even heavy shells. Systematically, the Germans erected field fortifications during the battle.

The offensive was suspended, the arrows began to dig in, and the artillery opened disturbing fire.

The second day of the offensive came - July 9th. To attack enemy positions on the front of the river. Kekkau - Bol. The Big Smerduki decided to form 2 independent strike groups: the left (parts of the 3rd Siberian Rifle Division, the 6th and 7th Latvian Rifle Battalions) - from r. Kekkau to the swamp; right (parts of the 5th Siberian Rifle Division) - from Katerinningof to Bol. Big Fools. 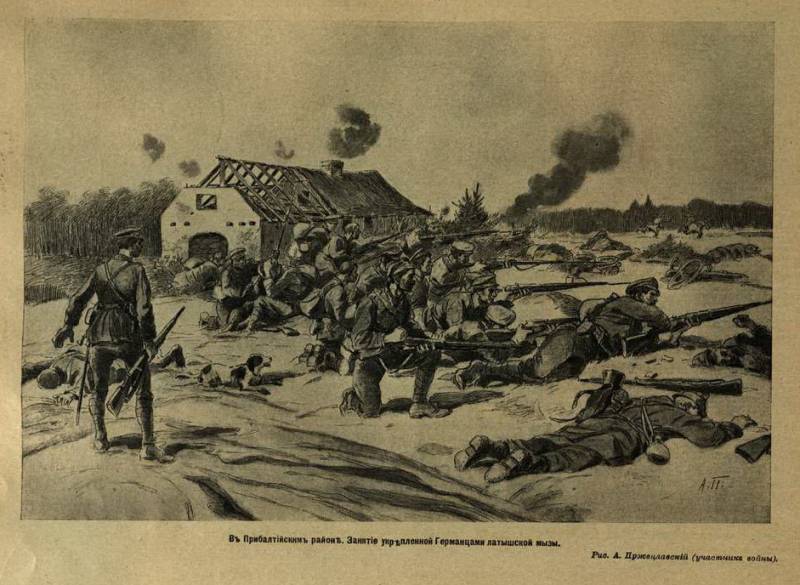 At 5 o'clock the artillery preparation began, and at 7 o'clock the fire was transferred to the rear of the Germans. Reconnaissance revealed the insufficient effectiveness of artillery fire, and shelling resumed.

At 16 hours 30 minutes an order was received from the corps commander: to gain a foothold in occupied positions. The task of making a breakthrough was delegated to the 4th Siberian Rifle Division of the 2nd Siberian Army Corps - it was supposed to strike on July 10 along the Bauska Highway. The 6th Siberian Army Corps was now to actively shackle the enemy.

And at 24 o’clock a new telegram of the comcor arrived - that the offensive was being canceled. The 6th and 7th Siberian Army Corps should be fixed in position.

The tactical properties of the terrain greatly affected the effectiveness of the fighting - not only wooded and marshy, but since October 1915, thoroughly fortified by the enemy. Despite all the difficulties, the 3rd Siberian Division, together with the attached units, took possession of 2 lines of fortified positions - which were fiercely defended by an active and extremely stubborn enemy. During these extremely difficult battles, 4 German machine guns, a lot of weapons and equipment became Russian trophies. Based on the number of corpses in the captured trenches, the Germans suffered heavy losses (in addition to losses from the Russian fire, it is worth noting that the Germans were great lovers of counterattacks - during which they themselves turned into offensives with all the ensuing consequences). 169 Germans were captured (2 officers and 167 lower ranks).

On July 10, another 2 lower ranks were killed, and 27 were injured.

Thus, in a week, the strike group of the 12th Army suffered total losses of almost 9200 people. 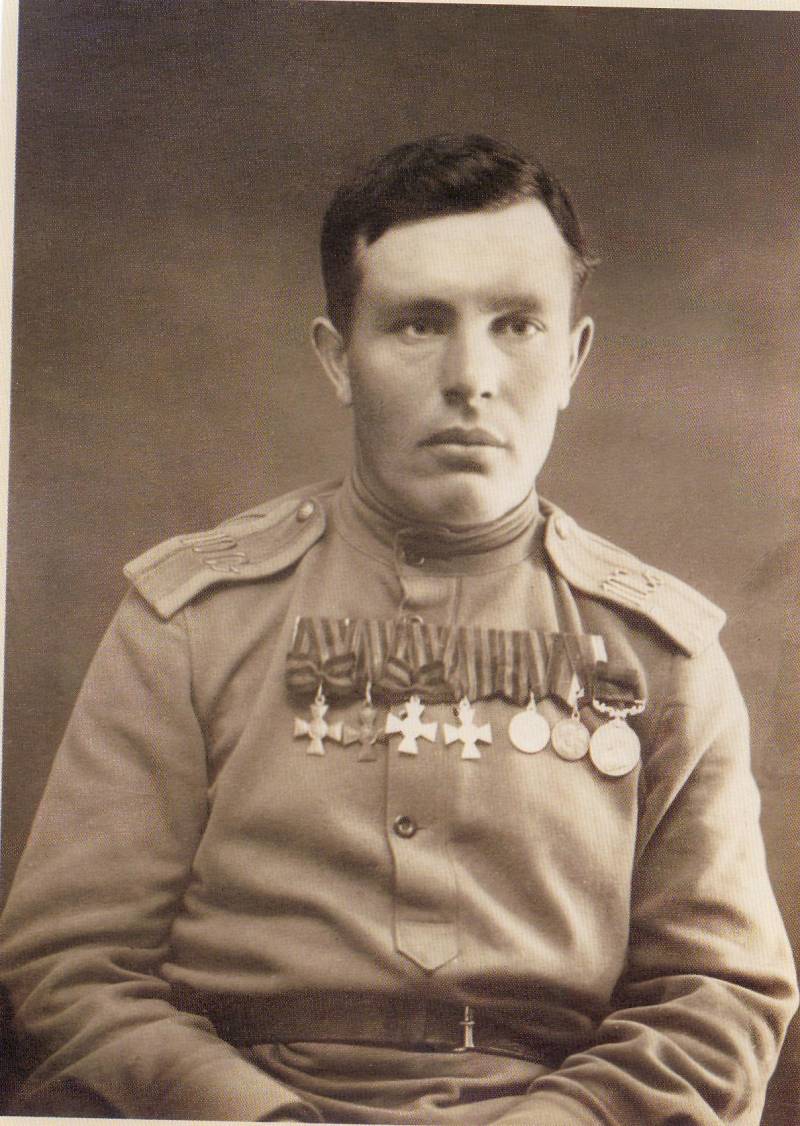 During an artillery fire, a platoon of a heavy battery in the Laps forest was damaged - an enemy shell caused an explosion and a fire in the gun cellar: 3 people were burned, and 22 were wounded and shell-shocked. On July 8, as a result of shelling by the enemy of the regimental reserve of the 54th Siberian Rifle Regiment, 38 riflemen were disabled. But in general, during reconnaissance, shootings, and operations to cut enemy wire fences of part of the 14th Siberian Division, 2nd and 8th Latvian Rifle Battalions, and artillerymen lost no more than 7 people during the period of July 10-250.

In total, the 12th Army during the period of July 3 - 9 lost more than 15 thousand people.

However, it is worth noting that, based on the balance of enemy forces and the importance of the operational direction, the Baltic operations were especially sensitive for the Germans. In addition, the 12th Army managed to forge significant enemy forces, which limited the latter's ability to deploy troops to the south - during the crucial period of the struggle against the offensive of the South-Western Front. The Germans fully recognize this. So, M. Hoffman noted the severity of the fighting near Riga - and with a strong blow the Russians managed to win space. And the commander of the German Eastern Front so far could do little to help the Austrian allies. The powerful Russian attacks near Riga, however, were repulsed, the general notes, but it was impossible to predict whether they would continue or not. Riga, according to M. Hoffmann, was the most sensitive place of the German northern front - if the Russians succeeded in breaking through there, the entire front would be forced to retreat. Even the Germans did not touch the reserves located in this area.

The operations of the Russian Northern and Western Fronts were of particular importance during the crisis of the reserves of the Austro-Germans - when the last thing that could be sent south to Galicia. In this situation, the local success of the Russians could be the last straw that would tip the scales on the Russian front. E. Ludendorff noted that the front was already weakened to extremes (there were only separate battalions in the reserve). The general noted that he even formed battalions of recruiting depots, realizing that if the Russians were successful, it would only be a drop in the bucket.

On July 10, R. D. Radko-Dmitriev, having refused a strike in the Bauska direction, offers the front-line command to shift the center of gravity of the operation to the Tukkum direction - in this case, the value of the landing operation sharply increased. Accordingly, steps were taken to prepare a joint operation. The landing was formed and completed the final preparations.

The airborne corps included: 31 battalion (116th Infantry Division, 3 regiments of the Separate Marine Brigade, 4th Vidzeme Latvian Battalion, 2nd battalion of the 434th Infantry Cherepovets Regiment), 12 squadrons (20th Dragoon Finland Regiment, Regiment of the Officer Cavalry School, Revelsky Border Equestrian Division, partisan detachment), 72 guns (116th artillery division, equestrian battery, division of the naval fortress field brigade, 2 batteries of a separate naval division, 152 mm howitzer battery), 142 machine guns and 3 sapper companies. The airborne corps, having seized the bridgehead from Roen, defeated a suitable enemy and then attacked the connection with the right flank of the 12th army, "trying to get the enemy acting against it into the flank and the rear." The operation was worked out, detailed schedules were drawn up, preparatory measures were carried out. If the combined operation was successful, a turning point could have occurred on the Russian-German front, as the Germans themselves believed.

The offensive of the 12th Army was to be carried out in the direction of Tukkum - Schmarden (division of the 6th Siberian Corps and the 21st Army Corps), the 43rd and 7th Siberian Army Corps were to perform auxiliary tasks. A.N. Kuropatkin supported the commander, but on the day the order was given (about the beginning of the combined operation — the advance on the Tukkum direction and the advance of the airborne corps) he was appointed Turkestan governor general — the commanders are being replaced. This happened on July 22nd.

The new commander general from infantry N. V. Ruzsky became the "grave digger" of the combined operation of the Northern Front and the Baltic fleet - after the death of the general from the cavalry, P. A. Pleve, the front was catastrophically unlucky with the leaders. 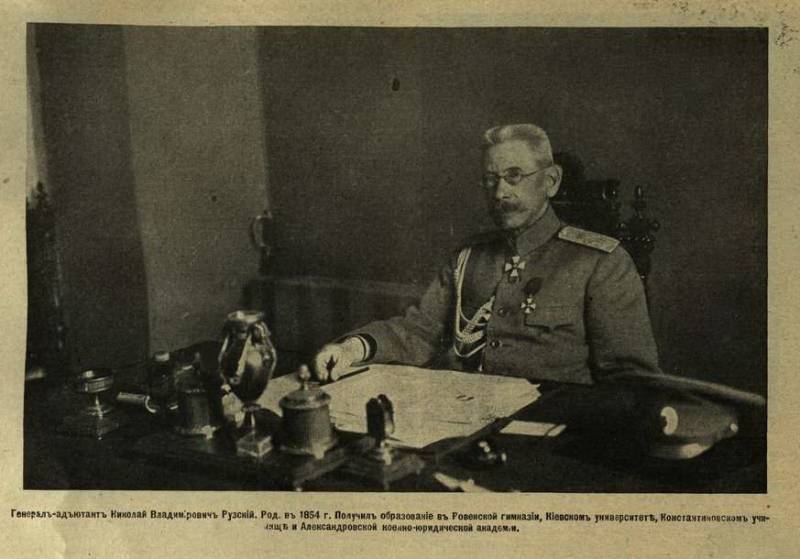 The closure of the landing operation deprived the 12th Army of positional attacks of any prospects, and the real opportunity to achieve tangible results during the 1916 campaign on the northern section of the Austro-German front was missed.

Author:
Oleinikov A., professor of the Mogilev branch of the Belarusian Institute of Law
Articles from this series:
Blow to Bauska