Washington called the conditions for improving relations with Moscow 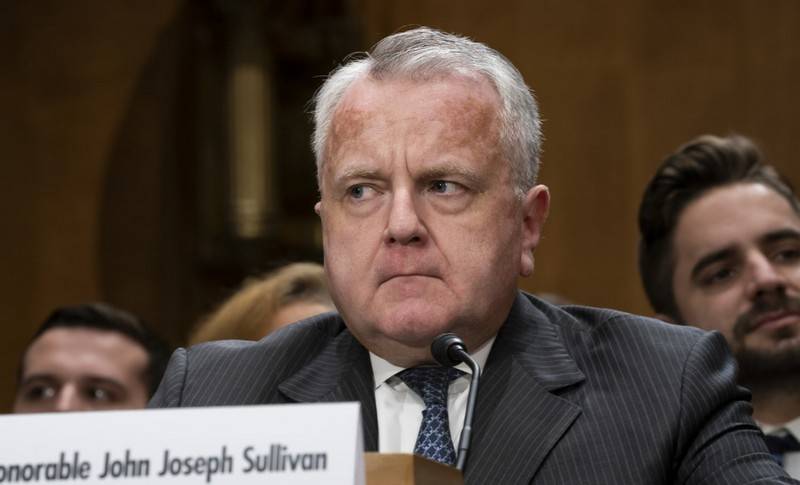 Improving bilateral relations between the United States and Russia is possible only if two conditions are met - Moscow’s implementation of the Minsk agreements and refusal to intervene in the "American democratic processes." This was stated by US First Deputy Secretary of State John Sullivan at a meeting with Russian Foreign Minister Sergei Lavrov, the US State Department said in a statement.

First Deputy Secretary of State Sullivan confirmed to Foreign Minister Lavrov that improving relations depends on Moscow’s fulfillment of the Minsk agreements and refusal to undermine our democratic processes
- said the head of the press service of the State Department, Morgan Ortegus.

As the State Department explained, the meeting between Sullivan and Lavrov took place on the sidelines of the G20 summit ahead of Sullivan's assumption of the post of US ambassador to Russia. The parties discussed a wide range of issues, including North Korea and Syria.

Earlier, Russia has repeatedly stated that it is not a party to the conflict in the Donbass and, accordingly, a party to the Minsk agreements. The parties to these agreements are the people's republics of Donbass and Ukraine, and it is they who must fulfill their obligations. Russia, along with Germany and France, is only a guarantor of the implementation of the agreements.
Ctrl Enter

We are in Yandex Zen
Yuri Drozdov: Russia prepared the role of the sacrificial calf
Russia is taken to the Golden Billion
71 comment
Information
Dear reader, to leave comments on the publication, you must to register.