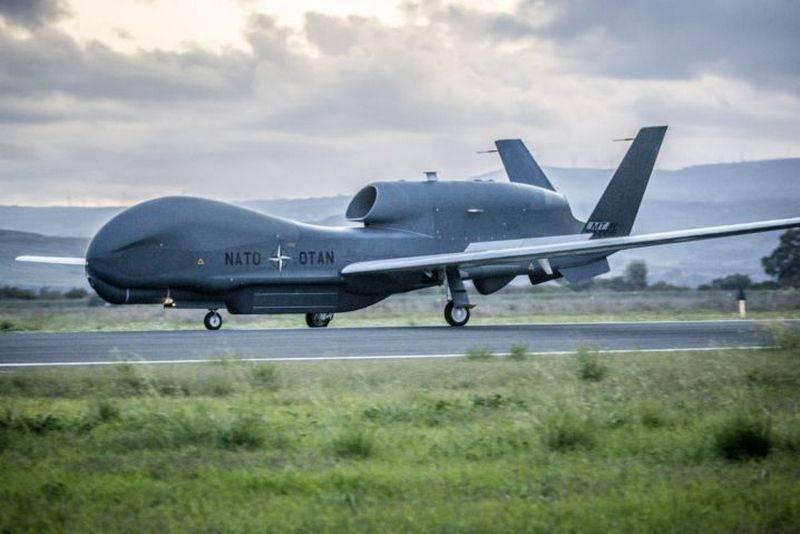 Europe got its own strategic reconnaissance drones. As transmits "Warspot" citing janes.com, the first of five RQ-4 Global Hawk drones ordered under the AGS program has landed at Sigonella airbase in Italy.


According to the publication, fifteen NATO member countries, namely Bulgaria, the Czech Republic, Denmark, Estonia, Germany, Italy, Latvia, Lithuania, Luxembourg, Norway, Poland, Romania, Slovakia, Slovenia and the United States paid for the supply of five reconnaissance drones RQ-4 Global Hawk, which will be used in the interests of all 29 camp of the alliance, supplying them with intelligence.

The first drone was supposed to arrive in Italy three years ago - in 2016 year. The reason for this long delay in the company Northrop Grumman, which is the developer of the drone, as well as in the NATO Ground Surveillance Agency, NAGSMA (customer) were not disclosed. At the same time, it became known that the remaining four drones are currently undergoing flight tests and will soon arrive in Europe. Estimated location - Sigonella air base in Italy.

The RQ-4 Global Hawk UAV delivered to Europe is almost no different from its “American” copy, repeating the details and layout by 94%. The only difference is the established joint management system.

According to open sources, the RQ-4A Global Hawk, which carries a high-resolution camera, an infrared sensor and a radar for tracking moving objects, is designed to conduct strategic aerial reconnaissance. When flying at high altitudes, Global Hawk is able to survey large areas, reconnaissance of high-resolution point targets and transmit intelligence to the command in real time via a satellite communication channel. The RQ-4A Global Hawk, having a take-off mass of 15 tons and a wingspan of about 40 meters, can patrol for 30 hours at an altitude of up to 18 thousand meters.