Who destabilizes Europe and why the EU will fall apart 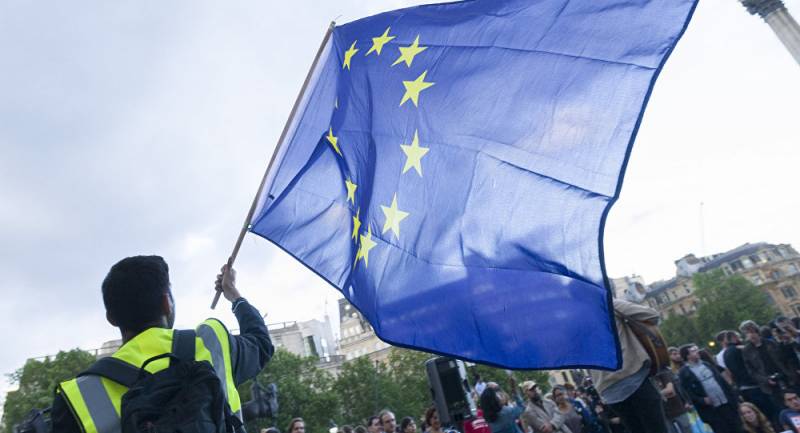 In addition to interfering in the American elections, Russia was also accused of destabilizing the political situation in Europe. An investigation into the case of a group of people allegedly associated with Russian special services was opened in Spain. The situation in the European Union is really not simple, but it is not Russia that destabilizes it.

Events in Catalonia and fakes about the Russian special services

Certain forces in Catalonia, as you know, have long sought independence from Spain. But the referendum held on October 1 of the 2017 year was a failure for the proponents of independence. They failed to get the majority of votes.

Catalonia remained a part of Spain, the Spanish special services began to pursue supporters of sovereignty, and the investigating authorities began to clarify the circumstances of the referendum. And they found the mythical “Russian trace”. Along the way, Spanish justice was haunted by the laurels of their British colleagues with their epic poisoning of the Skripals.

Why should Russia destabilize Spain and tear Catalonia from it? A reasonable answer to this question can hardly be given. The Pyrenees are not the Balkans, there have never been any political interests in Russia, with the exception of international assistance to the Spanish Republicans during the civil war in the second half of the 1930's. Nevertheless, the Spanish investigators discovered a certain “29155 unit” allegedly belonging to the system of the Main Directorate of the General Staff of the RF Armed Forces (Main Intelligence Directorate, GRU).

According to Spanish investigators, Russian military intelligence officers tried in October 2016 to carry out a coup in Montenegro. But there, at least theoretically, one can see Russian interests: Montenegro was just part of NATO, which Moscow was not at all interested in. And Montenegro is the Balkans, these are Orthodox Slavs, these are relations with Serbia, the Adriatic. But what about Catalonia? 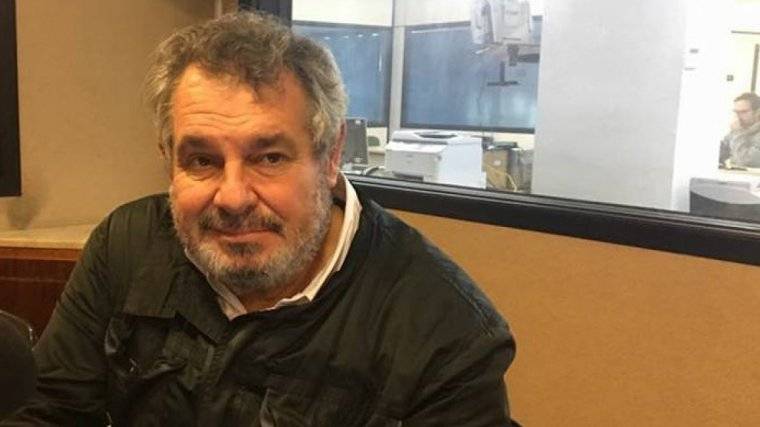 Spanish counterintelligence suspects Victor Terradellas, a Catalan nationalist politician who led the Democratic Convergence of Catalonia (now called the Catalan European Democratic Party), in contacts with Russian special services. Allegedly Terradellas convinced the leader of the supporters of the independence of Catalonia, Carles Puchdemon, of the availability of guaranteed support from Russia.

The Spanish edition of El Pais even managed to connect the protests in Catalonia with the poisoning of Sergey Skripal. According to the newspaper, the Spanish secret services suspect of participating in the operations both in Catalonia and in Great Britain of the same person - a certain Denis Sergeyev, who allegedly came to Catalonia twice, and also was in Salisbury, where Skripal was poisoned.

The version, of course, is awesome! It would seem that Russia has such a personnel crisis in special services that the same scouts specialize in Spain, the UK, poisoning, and the organization of mass protests and referenda.

By the way, the Russian diplomatic department has already reacted indignantly to publications in the Spanish press, calling all such versions a fiction. Russian Ambassador to Spain Yuri Korchagin called publications nothing more than fake the news, emphasizing that he familiarized with their content.

Interestingly, the acting Foreign Minister of Spain, Josep Borrell, also reacted approximately to publications. He also denied the information that the Spanish secret services allegedly went on the trail of a certain group of Russian intelligence agents operating in Catalonia. And he said that Spain did not quarrel and was not going to quarrel with Moscow because of such fictitious reasons.

In this regard, a logical question arises, who needs such fake information? Obviously, those forces that are dreaming of the maximum deterioration of relations between Russia and the EU countries are interested in its spread. It is clear that these are the forces of the Anglo-Saxon world, primarily the elites of the United States and Great Britain, who are very afraid of normalizing relations between Russia and continental Europe and the further development of economic and political ties. It is they, and not Russia, who are interested in the genuine destabilization of Europe, since disparate European countries are easier to control and manipulate. 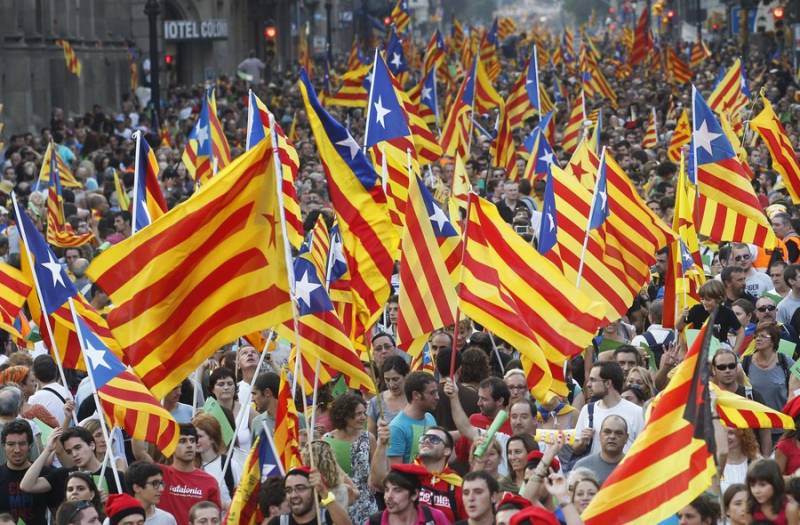 Indeed, a strong and stable continental Europe is not beneficial primarily to the United States, which then lose the leverage of economic and political influence on European countries. Therefore, the planting of Russophobia and the cultivation of fear of Russia are considered as important tools to ensure an American military presence in Europe.

Against this background, the statement of Vladimir Putin, who predicted the imminent collapse of the European Union, is becoming particularly relevant. According to the Russian president, Great Britain will not be the last European country to leave the EU, and many other states will follow London in the opposite direction from the European Union. The President of Russia even called the approximate date of the proposed collapse or reformatting of the EU - 2028 year.

The words of the Russian president should be heeded, if only because the EU’s structure is even now beginning to crack at the seams. And Brexit, although the most striking, is far from the only and not even the most dangerous manifestation of the EU crisis in terms of consequences. The United Europe project has faced a wide variety of difficulties - from migration policies, which caused very great controversy between individual European governments, to financial issues.

Centrifugal reactions within European states are also evidence of a systemic crisis in the European Union. The same Catalonia or Scotland are only the first signs of the pan-European movement for the redivision of borders and the creation of new nation-states. It is the idea of ​​a nation state, traditional for Europe, that is opposed to the concept of the European Union today.

The idea of ​​a nation state is most clearly expressed in countries of Eastern Europe. If in France and Germany the authorities, on the contrary, are rushing with multiculturalism and are trying to present Europe almost as a new home for all comers of humanity, then in the Czech Republic and Poland, Hungary and Slovakia, Romania and even in the Baltic republics, this issue is completely different. Eastern European countries are too young, and all of them история - This is a dream of their own national states, of the liberation from power of the Austrian Empire (Hungary, Slovakia, Czech Republic, Croatia), Russia (Poland), the Ottoman Empire (Romania).

In Eastern Europe, they understand and value national identity and do not want to let incomprehensible immigrants from tropical Africa and the Middle East into their countries; they do not want to turn into donors of a united Europe project, allocating money to bring “lagging” ones like Albania or Northern to the European standard Macedonia.

The rise of Euroscepticism in eastern Europe

About thirty years ago, the countries of Eastern Europe - Poland, the Czech Republic, Slovakia, and Hungary - considered joining the European Union as their main goal and linked their future, the prospects for the development of their economy with EU membership. Now the situation has changed beyond recognition. Euro-skepticism is growing in Eastern Europe, and by no means at the level of opposition parties. In three countries of Eastern Europe, governments are already headed by Euro-skeptics, which is a very alarming signal for Brussels.

The most striking Eurosceptic is Viktor Orban, who is not afraid to voice his position, which differs radically from the Brussels paradigm on a number of issues. Thirty years have passed since the collapse of the socialist camp and today Hungary is a country with a rapidly developing economy. But the national pride of the Hungarians, their desire to build their own prosperous Hungarian house, is contrary to the policy of Brussels, cultivating multicultural values, encouraging the sharing of money with more backward European countries. Budapest does not like such a policy of the European Union. 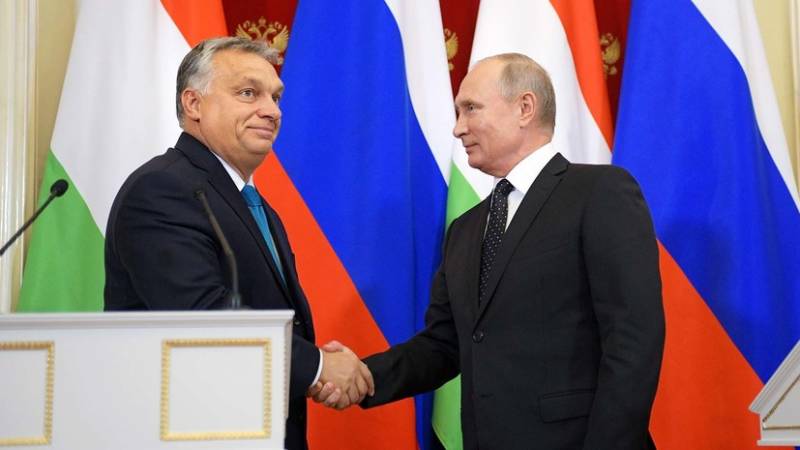 How Viktor Orban does not like anti-Russian sanctions. It is difficult to suspect Hungarians of increased sympathy for Russia, tea is not Serbs, but it is clear that Budapest is driven by simple economic rationalism. It is profitable to trade with Russia, it is beneficial to receive energy resources from it, to sell its goods to Russia, so why should Hungary sacrifice its economic interests for some common European purposes?

Another pole of Euroscepticism is Poland. This country is extremely unfriendly towards Russia, is a supporter of anti-Russian sanctions and an opponent of the launch of Nord Stream-2. But the European Union does not suit Poland for all the same reasons: multiculturalism, disregard for the values ​​of the national state, and too loyal attitude towards Moscow. For Warsaw, a much more desirable prospect is to be as independent as possible from Brussels, but to enjoy the full support of the United States, in which the Polish leadership sees its main patrons and intercessors.

Thus, we see that the economically most prosperous countries of Eastern Europe have almost received all that they could get from membership in the European Union. Now the need to reckon with the “general line” of Brussels and comply with the instructions of the pan-European government causes only growing irritation in Warsaw, Prague or Budapest.

Euroscepticism is also growing in Italy, where the industrialized North is the main initiator of changes both in relations with the EU and in the political life of the Italian state itself. Since Italy has very strong regional socio-economic differences, the level of polarization of the regions is also high. Northerners believe that they are "pulling" the economically more backward and criminalized South. And they like this situation less and less.

Thus, the main reason for the real political destabilization in Europe is the crisis of the European Union and the paradigm of “united Europe” itself. In the future, the actions of Eurosceptics may lead to political chaos in individual European countries, to mass unrest and “mini-maidan”.

On the example of Catalonia or Slovakia, we see that even in quite prosperous European regions and countries, the thread that separates a stable existence from the path of "maidanization" with all the ensuing consequences is very thin.

The second most important reason is the interference of external forces, primarily the USA and Great Britain, in the political life of continental Europe. The United States is not interested in reformatting the European Union into a truly strong and capable structure, since it threatens America’s own interests in Europe.

If we talk about Russia and the position of the Russian leadership, then the collapse of the European Union and the destabilization of Europe are just not beneficial for our country. European countries are Russia's most important economic partners, and Moscow is very interested in making Europe independent, freeing itself from American dictatorship and building relations with Russia based on healthy economic benefits and mutual political respect.

Ctrl Enter
Noticed oshЫbku Highlight text and press. Ctrl + Enter
We are
Europe's Disintegration: Are National States Waiting for Disintegration?Catalonia: Goodbye, Spain?
54 comments
Information
Dear reader, to leave comments on the publication, you must to register.