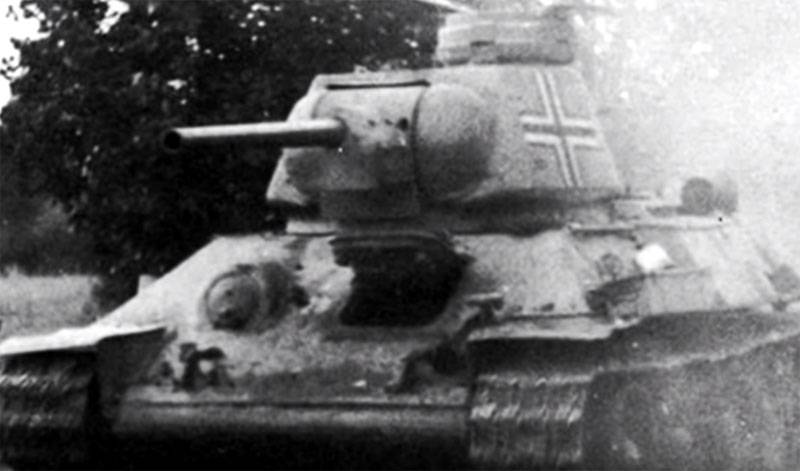 The story of the captured tanks in the Wehrmacht continues. A video has already been published in which the author talks about the fact that German tankers without special hunting used Soviet tanks, which they got as trophies, for the reason that they could not always cope with breakdowns that occurred during the battle as well.

In this historical chronicle indicates that the Nazis tried to modify the Soviet tanks, including thirty-four. However, there were no clear standards for pedantic Germans in this regard. Separate crews sought to modify so to suit their needs.

But there are several general improvements that were carried out by the Germans after the T-34 tanks fell into their hands. For example, the Germans tried to place tools and equipment on tanks, including a shovel, metal scissors, crowbars, etc. In addition, a jack mount was welded, as well as holders for spare tracked vehicles.

In some cases, a fire extinguisher was mounted on board the tank, which, as German tankers themselves noted, often saved them when the tank ignited and the fire equipment was used in a timely manner. In addition, the Germans could equip the T-34 tanks with boxes for property that could be useful, for example, on a campaign.

Details on how the Nazis retrofitted Soviet captured tanks in the Diodand channel issue: