The Case of the Missing Plumbing 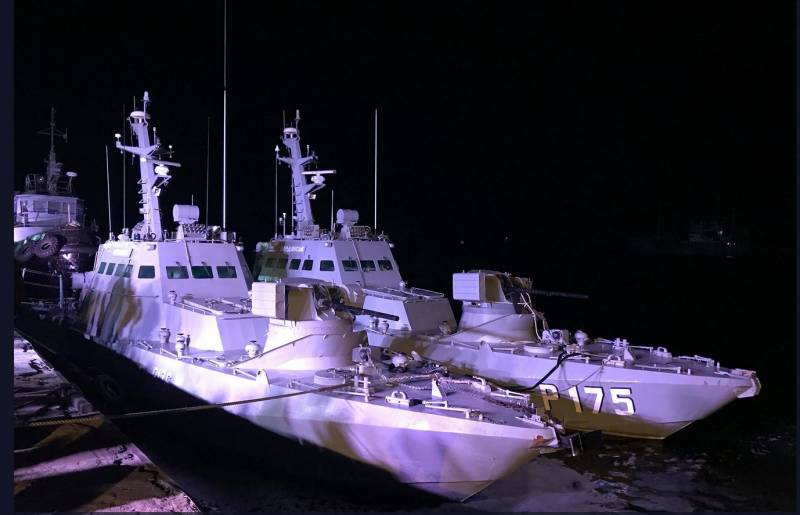 Ukraine in its current behavior resembles the heroine of a joke, the mother of a boy who fell into a river. A casual passerby rescued a child, pulled it out of cold water and handed it to a negligent mother. And then take it and ask: “And where is his hat?”

When Kiev, represented primarily by ex-president Petro Poroshenko, sent sailors on a frank adventure in the Kerch Strait, they were obliged to foresee that Russia would not be silent in response to the violation of maritime borders. In fact, they were sent to death: the Russian authorities had the right to open fire to defeat and even sink all three “vessels” along with their crews.

But thanks to the competent actions of the defenders of the border of the Russian Federation, no one died as a result of the provocation. In the end, the living and completely healthy sailors returned to their homeland. Moreover, now the ships, which then created a security threat and were used as an instrument for the implementation of the anti-Russian act, were returned to Ukraine. And she is in no hurry to thank, and she even asks: “Where are the toilets?”

Before accusing the Russian side of stealing lateworks, in Kiev it was stated that equipment was missing from the ships. According to the commander of the Ukrainian Naval Forces Igor Voronchenko, Russia “ruined” the court. The current president of Ukraine, Vladimir Zelensky, solemnly vowed to repair the ships sent to a hopeless cause by his predecessor, within three months. An additional “salt” in this anecdote was added by the sailor Andrei Eider, freed by Russia from responsibility and released on his own. He complained that the Russians had stolen a stove from him for cooking and also ... twenty sets of underwear.

As the head of the Republic of Crimea Sergey Aksenov remarked about all these conjectures, they demonstrate the “closet level” of Kiev’s policy. This level is “below the waterline”. The politician recalled the sad fate of the Russian ships pirated captured by the Ukrainian side.

Indeed: it is not necessary to expect noble steps from Zelensky, for example, the return of the fishing vessel Nord to Russia. On the contrary, in response to a gesture of goodwill, Moscow received another batch of foul-smelling slops.

Everything is in place

In response to the insinuation data, the FSB issued a video, which clearly shows that the condition of the ships during the transfer is absolutely normal, even the plumbing is in place. Representatives of Kiev, without any scandals, signed all the necessary documents and at that moment did not say that something was missing. If we assume that the earthenware products were really lost somewhere along the road to Ochakov, then those who transported the ships should be blamed. It is difficult, however, to expect that a different culprit of the loss will be announced, except for Russia.

Soon, the motive of the "foul detective" inflated by Kiev became clear. At least one of the main motives. It is indecently simple: money. So, the Ukrainian Foreign Ministry announced its intention to demand compensation from the Russian Federation for an incident in the Kerch Strait.

To return also the Crimea?

And then there is the sixth anniversary of the Euromaidan! How not to mention it with new high-profile anti-Russian statements! And not only about the three unfortunate "dishes", but also about the Crimea. Minister of Defense of Ukraine Andrii Zagorodniuk - for the umpteenth time! - reminded compatriots of the need to return the peninsula. These words sound independent from the moment that historical justice for Crimea triumphed.

No matter what knightly gestures Moscow makes, they will not be appreciated - on the contrary, in addition to a bunch of insults, there will also be an on-demand demand for “de-occupation” of Crimea.

And Crimeans remember one more anniversary. Four years ago, due to the efforts of Ukrainian radicals and some Crimean Tatar leaders, the peninsula ended up in an energy block. Blackout rallied the inhabitants of Crimea, but of course it caused economic damage. Like the water blockade - the overlap of the North Crimean Canal. This damage - of course - is significantly higher than the cost of plumbing that has never been known.

Or maybe you should make another gesture, so to speak, of goodwill? Take yes and give Ukraine three toilet bowls - according to the number of those same ships! And let it be written on one of them: “Maidan of 2004 of the year”, on the other - “Euromaidan of 2013 of the year”, and on the third - “Provocation in the Kerch Strait”. It was in this product that the Maidan hopes of ordinary Ukrainians merged for a better life and for help from Europe, and Kiev's illusions about Crimea would also merge there.

We are in Yandex Zen
About Stalin and Khrushchev
What you didn't want to know about England
109 comments
Information
Dear reader, to leave comments on the publication, you must to register.