B-21 Raider. When will they show us the most dangerous American plane? 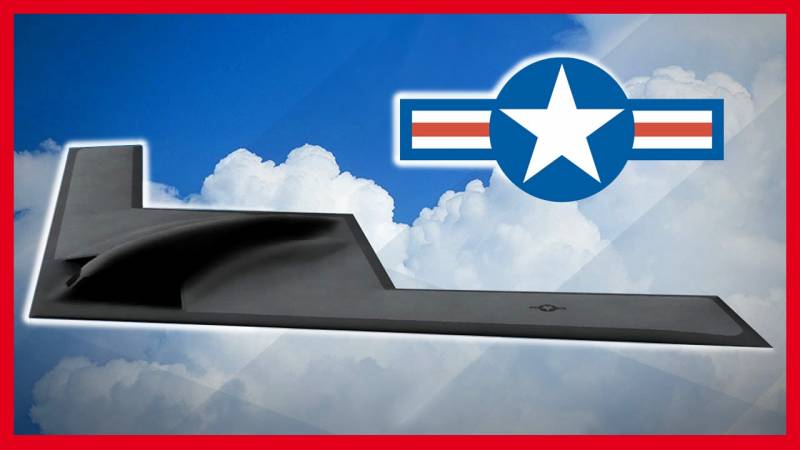 Having made its first flight in 1952, the B-52 strategic bomber after the planned remotorization will probably be able to serve until the 2050's. That is, almost a hundred years. The most amazing thing is that the Americans wanted to replace this now legendary car back in ... the 1950, in fact, almost immediately after it entered service in the 1955 year.

In the 1957 year, the U.S. Air Force accepted an offer from North American Aviation to replace the Boeing B-52 Stratofortress fleet with the ultra-fast North American XB-70 Valkyrie, capable of speeds of more than 3200 kilometers per hour. Soviet anti-aircraft missiles cooled the fervor of the Americans: after the downed scout U-2, it became obvious that speed and altitude were no longer a guarantee of security. Then the epic began with the B-1 bomber, the concept for which was changed several times. This aircraft faithfully served the United States Air Force, but never became a replacement for the B-52.

As the famous "strategist" Northrop B-2 Spirit did not become it - the most expensive aircraft in stories human civilization with a price tag of about two billion US dollars (in fact, one of the reasons why he did not replace old cars). The story did not end there. At different times, the US military considered a hypothetical hypersonic warplane that would become a “21st century bomber.” It didn’t work either: this initiative was postponed “for later”, and controlling the device at hypersonic speed is associated with fundamental technical problems, in particular, gigantic temperatures and “burnout” of electronics. 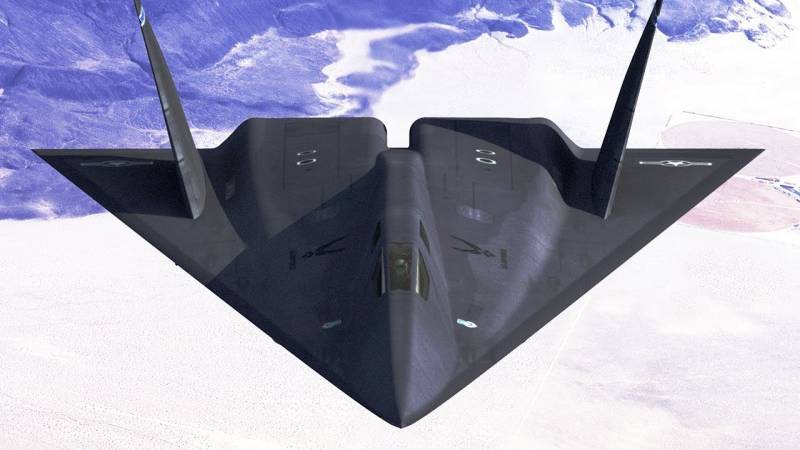 In 2000 they decided to act more modestly. Having finally abandoned the strike version of the F-22 - the so-called FB-22 - the states decided to focus on a relatively cheap subsonic strategic bomber. Based on the experience gained during the development and operation of the B-2. Here you can recall the history of F-22, developed during the Cold War and F-35, which appeared later. The new bomber is likely to have a similar story.

Most likely, the car will turn out to be a slightly reduced version of the B-2, and the flying wing aerodynamic design will be at the heart of the concept. Apparently, it will become universal for strategic bombers of the future. For the Russian PAK DA and the Chinese Xian H-20, according to the available information, this aerodynamic scheme was also chosen. Recall that we are talking about the layout of a tailless aircraft glider with a reduced fuselage, the role of which is played by a wing that carries all the units, as well as the crew and payload. The scheme is good in that the entire surface of the aircraft creates lift. Also, the "flying wing" almost perfectly fits into the concept of stealth, which is very important.

The promising aircraft being developed as part of the Long Range Strike Bomber or LRS-B program was called the B-21 "Raider", and not the B-3, as previously assumed (it is noteworthy that the Russian-language Wikipedia for some reason continues to persistently call it that). There is one more, no less strange thing: for some reason Boeing is indicated as a manufacturer. Although Northrop Grumman won the tender long ago, it is he who will create the new aircraft. 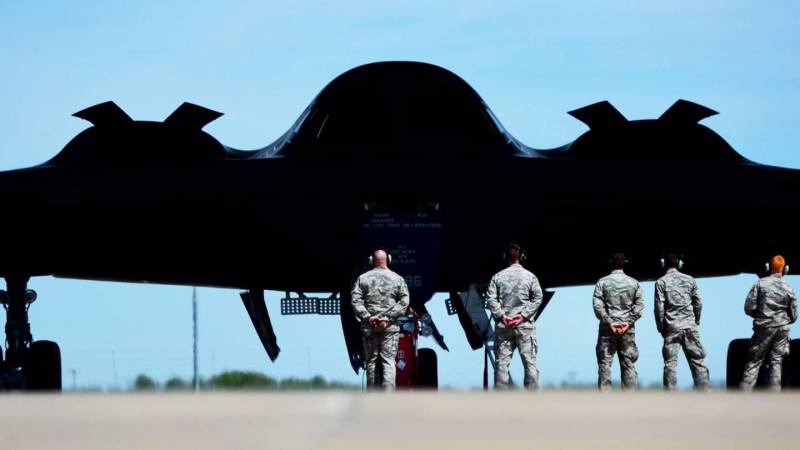 The fact that the creation of such a complex machine would take a lot of time and effort was understood initially. What is even more surprising is how quickly Northrop Grumman engineers move toward their goal. What do we know? It is known that the car has already begun to build. In September, Acting Secretary of the United States Air Force Matthew Donovan announced that the assembly of the first B-21 bomber flight model had begun. The car is being built at the 42nd US Air Force plant in California's Palmdale: B-2 aircraft were previously manufactured there. Donovan said that work is proceeding in accordance with the schedule, and the first flight of the aircraft will be performed from the site of the enterprise to aviation base "Edwards", located 35 kilometers. There the car will be tested.

But what is even more interesting. In July of this year, Air Force Magazine wrote that it knew the exact date of the first flight of the new car! The story is more than interesting. Journalists alluded to the deputy chief of staff of the US Air Force, General Stephen Wilson, who on July 24 of the year 2019 announced that he has a “countdown” function on his dial. And she says that the first flight of the B-21 will take place in approximately 863 days. That is, in early December 2021 year.

In general, such a rush is somewhat surprising. We can agree with experts: the United States has clearly accelerated the development of the B-21, which could very well turn into another “unfinished” building. Judge for yourself: there are no real combat missions for the aircraft, or we don’t know about them. F-15E is enough to participate in local conflicts, and the likelihood of a global conflict is negligible. And the role of strategic aviation in it is under a big question: States traditionally rely primarily on ballistic missile submarines (SLBMs) ​​UGM-133A Trident II (D5). There are land "Minutemen". In such a situation, the urgent need for a new aircraft is not entirely clear.

However, there are alternative views on the first flight of the B-21. Recently, the former high-ranking official of the US Department of Defense Frank Kendall, who previously served as Deputy Secretary of Defense for procurement, technology and logistics, doubted the timing of the first flight and the adoption of the aircraft into service. “I will be surprised if they manage to get the product at the price that is stated in the contract by this time,” Kendall said. It is also worth recalling that in 2018, a member of the US House of Representatives Committee on the Armed Forces Rob Wittman reported problems with air intakes and a number of other aircraft systems. It must be assumed that this is only the tip of the iceberg, and then new problems will let you know about yourself.

The adoption of the B-21 in service is an even less specific issue. Again, if we recall the F-35, we will see that more than fifteen years have passed between the first flight of the prototype and the adoption of the armament. In the case of a closer-to-destination B-2, the time period was ten years. In other words, the dates announced earlier in the media for adopting the B-21 for service in the middle of the 2020's do not look too realistic: all the more so since weapon since then clearly has not become simpler.

By the way, about the arsenal of Raider itself. Apparently, the United States wants to get an “advanced bomber.” In a recent article for Air Force Magazine, Major General Scott L. Pleus wrote that the aircraft would have new opportunities for self-defense. “The B-21 also has the ability to use air-to-air weapons,” the military said. Now experts are "guessing" whether it will be lasers, rockets or anything else. However, of course, to a greater extent, the aircraft will still rely on escort fighters.

Advanced hypersonic missiles can expand the composition of the B-21 weapons. Recall in the summer of this year were submitted Photo from tests of the promising Air Launched Rapid Response Weapon (ARRW) airborne hypersonic complex. Then, the carrier was B-52. 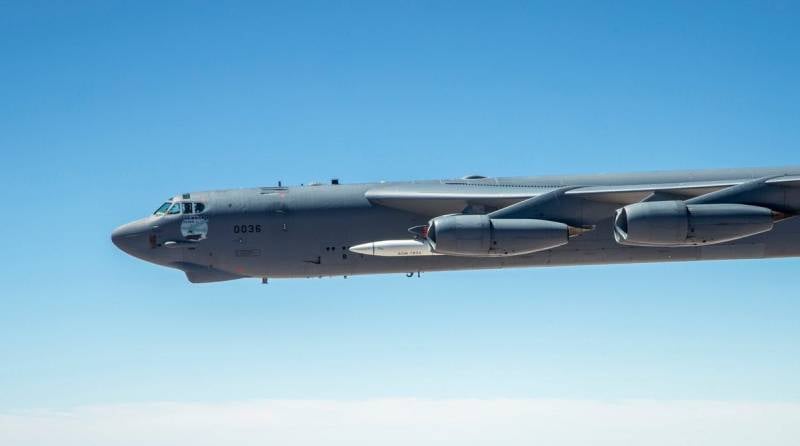 Who knows, perhaps the B-21 Raider will not be as “conservative” as it seems at first glance. If this is so, then the first flight and the adoption of the aircraft into service can be safely shifted indefinitely.

We are in Yandex Zen
An-12 in Afghanistan
SR-71 Blackbird: the fastest aircraft in the world
29 comments
Information
Dear reader, to leave comments on the publication, you must to register.