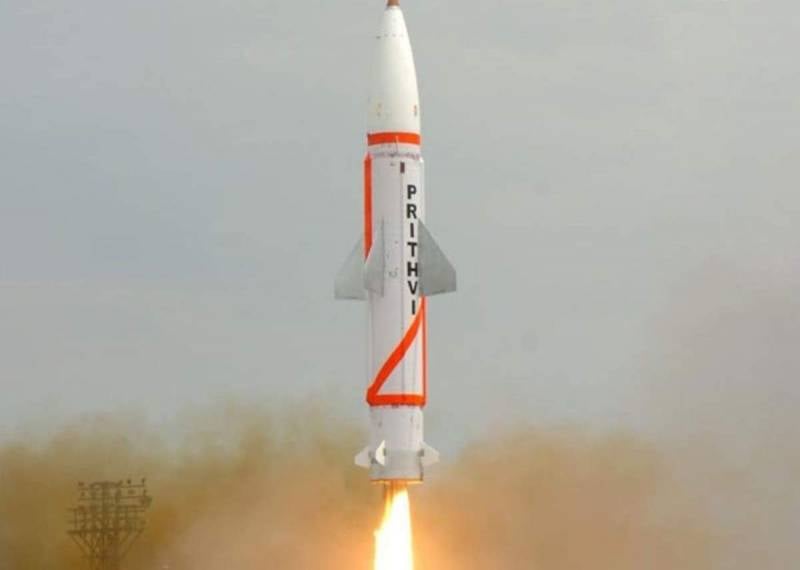 On Wednesday, India successfully carried out nightly tests of two Prithvi-II missiles simultaneously from the territory of the third launch complex at the Chandipur range of Balasor County. It is reported by India Today.


Tests of the ground-to-ground missile with a range of up to 350 km were carried out from a mobile launcher. Prithvi-II is equipped with two liquid engines and is designed to carry a warhead weighing from 500 to 1000 kg in a conventional or nuclear design. The missile also uses an inertial guidance system and is capable of maneuvering in flight.

The previous successful test took place on February 21, 2018. Prithvi-II is a single-stage missile designed for the needs of the Indian Air Force, while Prithvi-I is in service with the army, and Prithvi-III is a naval fleet country.

In addition, New Delhi also has medium-range missiles in its arsenal, capable of not only reaching anywhere in Pakistan, but also covering the territory of China, with which India has been smoldering several border conflicts for many years. In particular, Agni-II, also recently tested recently, has a range of up to 3500 km, and further development of the Agni-III family hits targets at a distance of 5000 km.