Do you think you pay for the roof? America demands money for its military bases 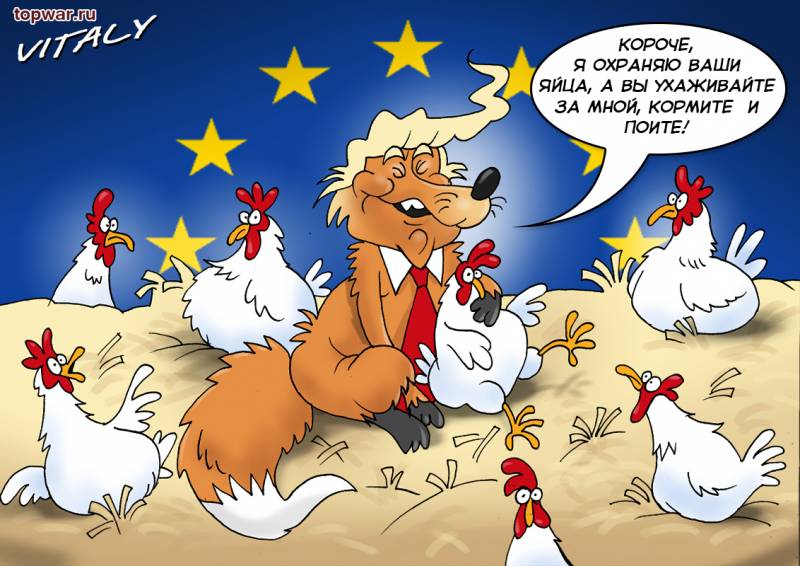 The US wants to monetize its military presence in other countries of the world. The plan is simple and bold: to force those states on whose territory the US military bases and military continents are located to pay Washington for protection. However, the allies and now the maintenance of American troops is expensive.

Where are US military bases located?

The US Navy is based in Bahrain, Cuba, Italy, Spain, Greece, South Korea, Japan, not to mention the possibility of using ports and naval bases of numerous US allies in the North Atlantic Alliance. US warships also use the ports of third countries, including the same Ukraine, where the US Navy is now frequent with visits to its ships. 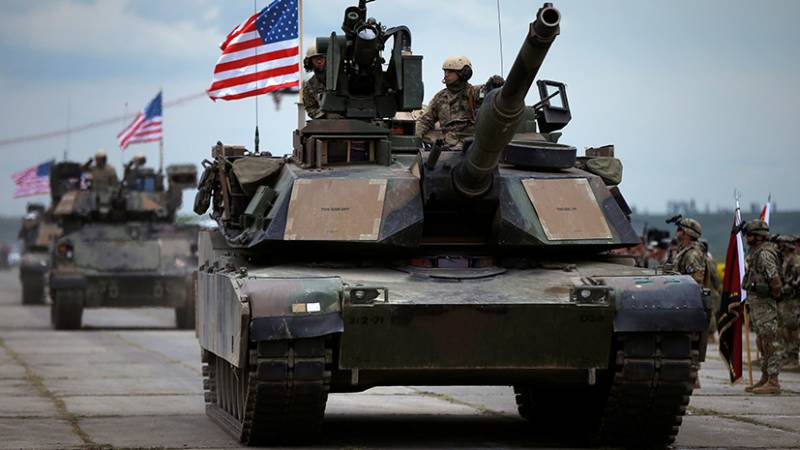 In Eastern Europe, US military facilities are located in Poland, Romania, and in the Baltic republics, US troops are located at NATO bases. In addition, the US military is a frequent guest in Georgia and Ukraine, in the republics of Central Asia.

Koreans and Japanese pay for US military bases

Naturally, such a significant list of military bases outside the country requires very substantial funding from the US budget. For Washington, one of the main tasks has always been to achieve the maximum reduction in spending on foreign military infrastructure. But after the election of Donald Trump as the country's president, this task became just a fix idea. The American leadership demands that the countries in whose territory American military bases are located not only pay certain amounts, but also increase funding. 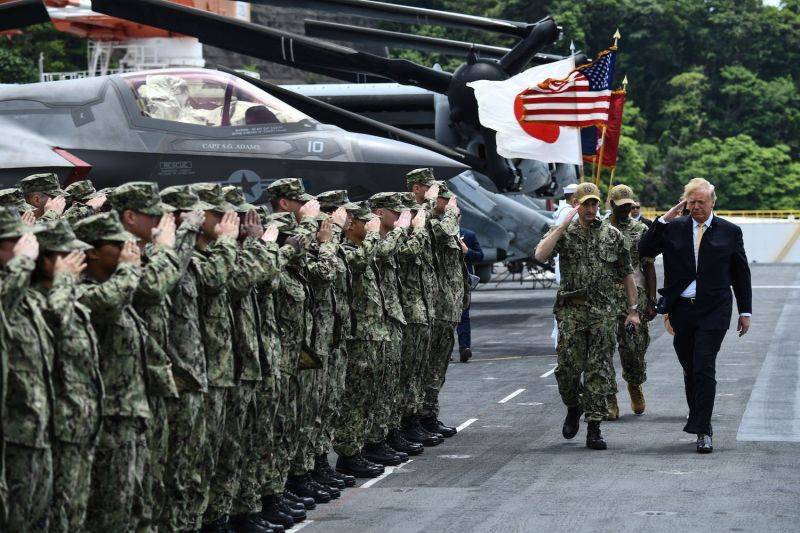 At the same time, foreign states are entrusted with obligations not only to finance the provision of military bases and contingents, but also simply “pay for the roof”. Washington believes that the presence of American troops alone must already be paid for, since foreign states, through American soldiers, protect their own territory and their national interests.

However, for some states, the American military presence is indeed quite significant, as it appears to be a kind of guarantee against hostile actions by strong neighboring states. For example, in the presence of the American army, they are interested in Japan and South Korea, since the proximity to China and North Korea is seen in Tokyo and Seoul as a potential danger. American military bases in this vein act as a guarantee against attack or even just force pressure from the PRC and DPRK.

Recently, during talks with representatives of the South Korean leadership, American diplomats announced an increase in fees for the deployment of American troops to 4,76 billion dollars. Thus, the Department of State has demonstrated that it is ready to fulfill President Trump’s task of levying fees on the presence of US forces on their territory from foreign states.

South Korea has no choice but to pay the Americans. By the way, US troops in this country are from 1953 year. America stationed its contingent after the Korean War and for a very long time did not take money for its presence. South Korea did not have them in the middle of the 20th century - it was still a backward country with an agricultural economy. But then the situation changed and the United States from the beginning of the 1990's began to receive the first deductions.

But in the 1990-2000-e years, payments were spent on supporting the activities of the bases in South Korea - on the construction and repair of infrastructure, salaries of hired personnel, base and military maintenance services. Now this seemed a little to the American administration and it wants to force the South Korean authorities to pay for the very fact of the presence of the American military on the Korean peninsula.

By the way, about 25 of thousands of American troops are currently deployed in South Korea - one of the largest contingents of the US armed forces abroad is stationed here. In neighboring Japan, there are 40 more thousands of American soldiers who have been present in the Land of the Rising Sun since the end of the 1940's. Since the 1976 year, when Washington and Tokyo entered into a contract for the deployment of American troops in Japanese territory, the cost of military presence fees has regularly increased. But now it is declining.

In Japan, unlike South Korea, the public, and many political figures are very negative about the presence of American troops. It should be understood that for a long time Japan was not even a regional, but a world-class power, and although it suffered a brutal defeat in the Second World War, and the fighting spirit of the Japanese, as is often said, is no longer the same, but the presence of the American military is perceived by many as a humiliation of the country, as a national shame.

But the Americans themselves are disgusting on Japanese soil. So, in Okinawa, where the American contingent is deployed, US Army personnel have committed a lot of common crimes - from robberies to rape of minors. The Japanese are also concerned about the harm that the US military presence is causing to the island state’s environment. Mass protests against the US military presence are regularly held in the country.

Under these conditions, the United States itself understands that raising the fee for the presence of its troops is inappropriate — it’s possible to create a situation where the question of military bases in Japan will be raised and they will have to be removed, which is also unprofitable for the Americans themselves. Therefore, even Donald Trump, who is hard on financial matters, understands: the Japanese authorities will not agree to increase the cost of the presence of American troops, and it is useless to persuade them. 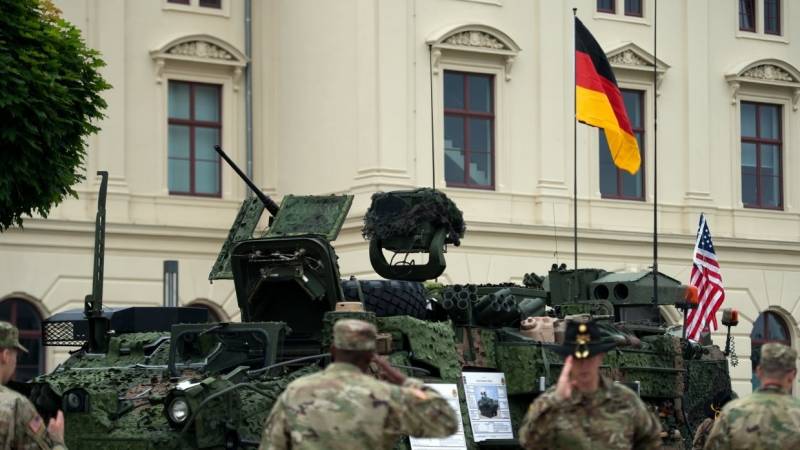 The total number of US troops stationed in Europe varies between 65-70 thousands of troops. More than half of them - about 35 thousand people - are located in Germany. The Americans have been here since the victory over the Third Reich. Moreover, if Russia withdrew its troops from Germany a long time ago, then the Americans never liberated German lands from its presence.

By deploying its troops in Germany, the United States is pursuing two main tasks at once. The first task is a demonstration: Germany is the center of Europe and the strongest European country, so the presence of American troops underlines the general dominance of the United States in Europe. Well, the confrontation of Russia should also not be discounted.

The second task is logistic. It is in Germany that the most convenient and effective from the point of view of combat use American military bases are equipped, which make it possible to operate successfully in the Middle East and North Africa. Without German bases, it would be much more difficult for Americans to act in Afghanistan, Iraq, Syria or Libya. The key role in American military logistics is played by the famous Ramstein air base, through which the United States transferred its military contingents and military equipment to Syria.

If the American army leaves Germany, then Washington will have to create from scratch a similar military infrastructure in some other state. For the United States it will be very expensive, and most importantly - time consuming. For some period, the American armed forces will lose considerably in combat effectiveness and mobility due to withdrawal from German territory. Therefore, Washington is forced to turn a blind eye to the position of the German leadership, who does not want to spend more than 1 billion dollars on the maintenance of the American contingent. After all, if the Americans leave Germany, then it will be worse for them, and not for the Germans.

In addition to Germany, 12 of thousands of American soldiers is in Italy, 8 of thousands in Great Britain, 3 of thousands in Spain, and the rest in Portugal, Belgium, the Netherlands, Greece and a number of other states. From these European countries, the United States receives about 1,5 billion dollars in total for the maintenance of its military facilities. In Washington, they consider this amount to be quite small, and therefore require Europe to increase its military spending. 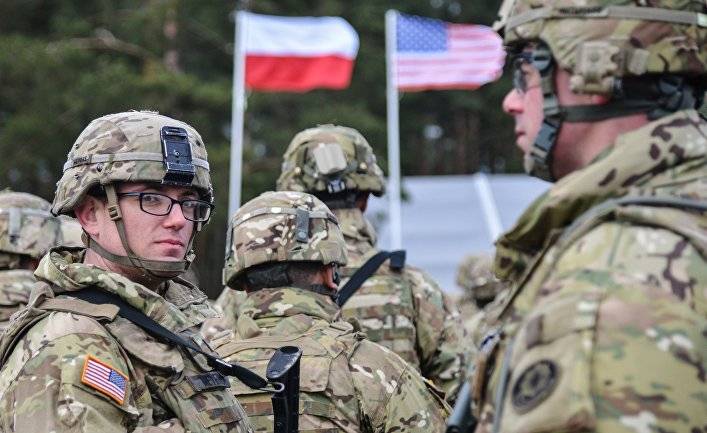 Perhaps, only Poland unequivocally agrees with the American position. The pathological Russophobes in power in this country are ready to pay Washington even 2 billion dollars, if only the American administration would go on to further increase the military presence in Poland. Warsaw believes that Russia is very threatening the national security of the Polish state and see in the US troops as intercessors before possible Russian aggression.

However, the Polish leadership certainly wants to receive certain preferences from the presence of US troops on its territory. Firstly, it is an opportunity to launder good amounts from the country's budget. Secondly, the US military bases are all the same jobs for Polish citizens, this is the possibility of building new infrastructure, opening businesses. That is, the American military presence is likely to be more profitable for the Polish economy, and there is no need to talk about national pride under the current system of “external control”.

However, Trump's blackmail by the withdrawal of American troops and bases from other states should not be taken seriously. In fact, the United States will never volunteer to remove its troops from Europe and Asia. Indeed, in this case, they will lose the ability to control the situation in almost all the most important regions of the world, and the cost of withdrawing troops and infrastructure will not be so low.