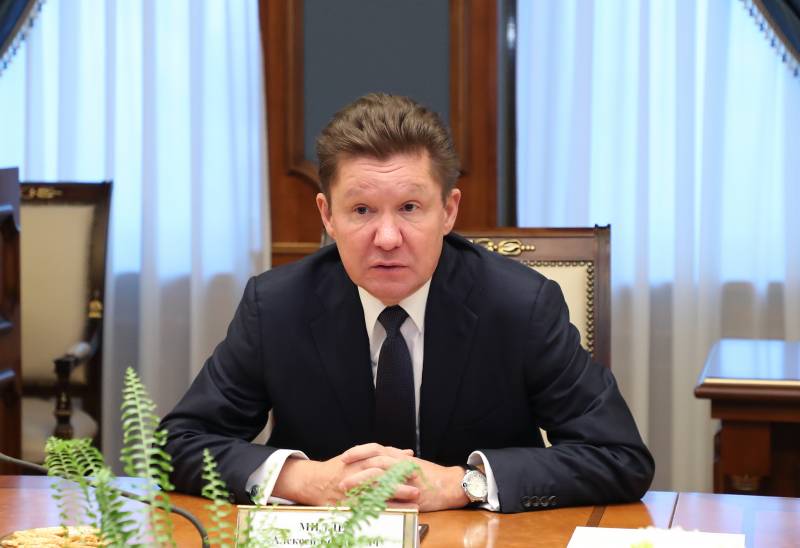 In the European Union there is a change of guard. In the spring, a new composition of the European Parliament was elected. In December, the European Commission will take over. Since October, the new heads of banking structures have been assimilating the powers. Their first major step was a review of funding priorities. For example, the European Investment Bank decided to stop lending to gas projects. According to the British service News The Air Force, the bank did this with the consent of the new European authorities.

The basis of this decision of the Investment Bank is the general “greening” of European and world politics. It was developed at the turn of the century, gradually increasing momentum and developing into a global trend. At first it was the famous 1997 Kyoto Protocol of the year, obliging the countries of the world to reduce or stabilize greenhouse gas emissions.

In the new century, the United Nations Conference on Climate Problems, held in December 2015 in Paris, became the crown of “green” politics. As we recall, the world community finally leaned on the point of view of those climatologists who see in global warming reasons exclusively technogenic in nature. First of all, uncontrolled greenhouse gas emissions.

An agreement on a planetary scale was concluded in Paris. Its declared goals - by the second half of this century (by 2050 year) “to strike a balance between the volume of gases emitted into the atmosphere and naturally absorbed, that is, by the seas and forests” and by the end of the century “to keep global warming within two degrees Celsius compared to the pre-industrial era. "

Four years after the UN Climate Conference, the world community did not come to a consensus on how to solve this growing problem. Here, the non-specificity of the Paris Agreement largely affected. Unlike the Kyoto Protocol, which set strict quotas for greenhouse gas emissions, the Paris document, according to experts, contains “only vague words”.

The leading economies of the world (for example, the USA, China and India) have already begun revising the agreement. This affected the extent of financial support for poor countries most vulnerable to climate change. Disputes over the permissible limits of global warming have resumed (discussion is going on in the range from 1,5 to 3 degrees Celsius), etc. Washington said so about withdrawing from the agreement.

Gunpowder in this difficult topic is thrown by environmental activists of all stripes. Today they surprise the world with their exotic designs. Take at least their proposal - to abandon the consumption of meat in order to reduce the number of cattle that pollute the planet’s atmosphere with their natural gas emissions ...

At first, the Paris Agreement did not particularly affect the banking community. It formulated its objectives only two years later, when eight Central Banks created an association for the environmental friendliness of the financial system (Network of Central Banks and Supervisors for Greening the Financial System). The main motive for creating such a union was the risks of global warming - increased natural disasters (floods, droughts, fires, destructive storms).

Losses are borne by business, insurance companies. According to the World Bank, over the past decade, losses from natural disasters have exceeded 2 trillion US dollars (three times more than in the eighties of the last century, in comparable prices). Only insurance companies spent more than 700 billion dollars on damages.

NGFS bankers also thought about the redistribution of capital in connection with the "greening" of the economy. That is, they chose new priorities for financing business projects, where the leading role was given to the development of environmentally friendly transport, renewable energy sources and energy efficiency. The first victim of this policy was coal.

Now banks that are part of the NGFS association are refusing loans to companies using coal energy. Moreover, this applies both to ensuring its production, and to maintaining in working condition the equipment of coal thermal and power plants.

At present, about thirty more participants have joined the pool of eight Central Banks, including supranational ones - the World Bank, OECD, International Finance Corporation, and EBRD. The largest segment of this association is occupied by the Central banks of European countries. So it is not surprising that the main development institution of the European Union - the European Investment Bank - has moved into the green economy.

And in our apartment there is gas ...

Another thing is surprising: why now under the knife of bankers got a fairly environmentally friendly energy carrier - natural gas? Moreover, over the past five years, the European Investment Bank has funded industries related to minerals in the amount of more than 13 billion euros. Two-thirds of this amount was spent just on gas projects and infrastructure.

These days, for example, it enters the finish line for many years of construction of the Trans-Adriatic Gas Pipeline (TAP). On it, Azerbaijani gas from the Shah Deniz field will go to the European market at the end of the year and will partly compete with our Gazprom in the southern European countries. Actually, for the sake of this, Investbank financed the Azerbaijani project.

Now the bank, in accordance with the directives of European institutions, will completely cease supporting gas industry projects since 2022. In addition to those that receive EU approval before the end of the 2021 year. Some theoretical basis was even laid for this, saying that in the next 30 years the energy consumption from renewable sources will increase by 150%, and it will seriously displace hydrocarbons for the benefit of the general ecology.

Independent experts are more restrained in their assessments. They believe that the motivation of Europeans, deprived of serious energy resources, is to maximize the potential of their industry for the production of wind and solar power equipment and thereby ensure economic growth. However, the extensive development of this industry has its limits. For example, in the Benelux countries the fields for installing wind farms are already exhausted even in coastal waters.

Meanwhile, the global economy is consuming more and more energy. Because multinational companies continue to invest heavily in traditional energy. Last year, according to the International Energy Agency (IEA), such investments amounted to $ 2 trillion. The agency emphasizes that "investments in renewable energy decreased, while in the oil, gas and coal industries - increased."

It turns out that Europe today is like the foreman who is not keeping up. After all, gas consumption in the Old World will only grow. This is noted by the IEA in its annual World Energy Outlook report, published last week. Incidentally, the prospects for Russian gas exports are also indicated there. According to agency forecasts, “by 2030, Russia will increase gas exports by 26% from the level of 2018 of the year to 290 billion cubic meters, and by 2040, by another 16% to 336 billion cubic meters” and will remain the world's largest gas exporter.

As for the reduction of institutional investments in the industry, they will easily be replaced by more expensive commercial loans, which will bring gas costs to end consumers. They environmental initiatives of European politicians will come, as they say, sideways.

But for now, Europe is busy fighting gas projects. The other day, media outlets circulated a call to the European Union (to refuse to finance the construction of the Israeli gas pipeline to Europe), researcher at the Berlin Science and Politics Foundation (SWP) Stefan Wolfrum.

They wrote a lot about this project. He was also positioned as a competitor to the southern gas pipelines of Gazprom. Now new winds blew over Europe and, although Wolfrum's reasons (certainly approved by the Fund’s leaders) are more related to geopolitics than ecology, the fact remains that refusing to expand energy supplies has become a good form in the EU.

However, the IEA report shows that the new fashionable political trend does not so much interfere with the growth of gas consumption on the continent. And Europe is unlikely to abandon it during the lifetime of the current generation, and not only ... 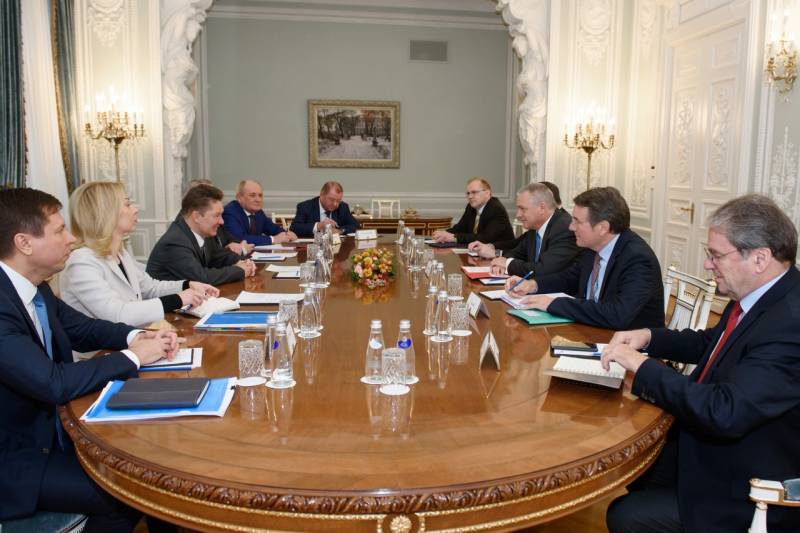 We are in Yandex Zen
Where Chubais, there are requisitions
Situational analysis of the death of the MH17 flight (Malaysian Boeing 777), made on the basis of engineering analysis from 15.08.2014
62 comments
Information
Dear reader, to leave comments on the publication, you must to register.