Is the “saving upgrade” effective for the updated T-72B3? Combat units await Arena-M 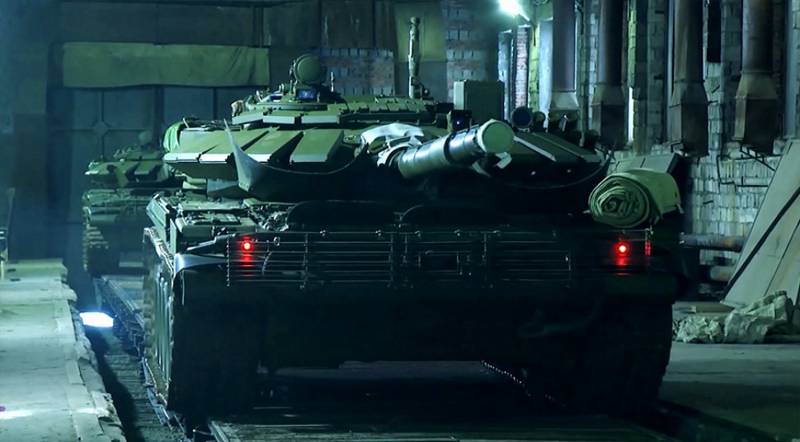 As shown by a short monitoring of Russian news and military-analytical portals, recently published information about equipping a prototype of the main combat tank T-72B3 arr. In 2016, the modernized active defense complex T09-06 Arena-M became the subject of countless positive comments left by both experts and observers aware of methods for increasing the security of modern armored vehicles.


And this is not at all surprising, because the T-72Б3 field tests captured on a well-known photograph with Arena-M modules on the tower’s side armored plates can testify to only one thing: Ural Transport Engineering Design Bureau JSC finally finalized the Perfection-A experimental design work ”, Providing the possibility of large-scale modernization of the T-72B3 combat units using the latest KAZ as part of the state defense order.

Undoubtedly, against the background of the continued active use of the 1 and 2 generations of anti-tank missile systems in various theaters of military operations, which have wired and semi-automatic laser control systems, as well as tactical multi-purpose air-to-surface missiles with flat terminal sections of flight paths, The above-mentioned “seventy-second” modernization is truly a turning point in increasing the combat stability of the tank brigades of the Russian Ground Forces. Considering the fact that Arena-M radar guidance sensors, framing the upper armored plate of the tower, have an elevation scanning sector from -6 to + 20 degrees and the maximum speed of the accompanied elements of the WTO (ATGM, guided missiles and cumulative shells) of the order of 1200 m / s, it is easy to conclude that the T-72Б3 tanks equipped with KAZ data will be fully protected from all modifications of the anti-tank guided missiles of the TOW-2A / B / C / D / F, HOT, Milan-2T / 3 / ER " etc.

After the arrival of carrier shells (moving along a flat, quasi-ballistic or ballistic trajectory) into the area of ​​the battlefield, the destruction of the shell-shells of cluster warheads and the further dispersal of submunitions in space on the descending branch of the trajectory, most of their types continue vertical descent with the permanent search for ground targets using infrared, active radar and acoustic sensors. At the same time, the descent angle relative to the target can be from 80 to 90 degrees, leaving not a single Arena-M chance.

Consequently, the survival of tank units will continue to depend solely on the effectiveness of military air defense systems. Firstly, the Tor-M1V, Tor-M2U short-range self-propelled air defense systems capable of withstanding multi-purpose tactical missiles and more small-sized maneuvering elements of high-precision weaponsSecondly, promising military Buk-M3 air defense missile systems "ground" for intercepting guided GMLRS rockets and ATACMS family of tactical ballistic missiles at a distance of 25-35 km long before they reach the "unpacking" boundary of the deadly cluster " equipment. " The situation could also be saved by the implementation of the Arena-M radar architecture modernization program, which provides for the integration of additional sensors for viewing the upper hemisphere.

We are in Yandex Zen
Ukrainian trace in the "Afrin slaughter". Merged Ankara project of the system "Rain" will change the balance of power in Syria
Protection for armored vehicles (Part 2)
73 comments
Information
Dear reader, to leave comments on the publication, you must to register.