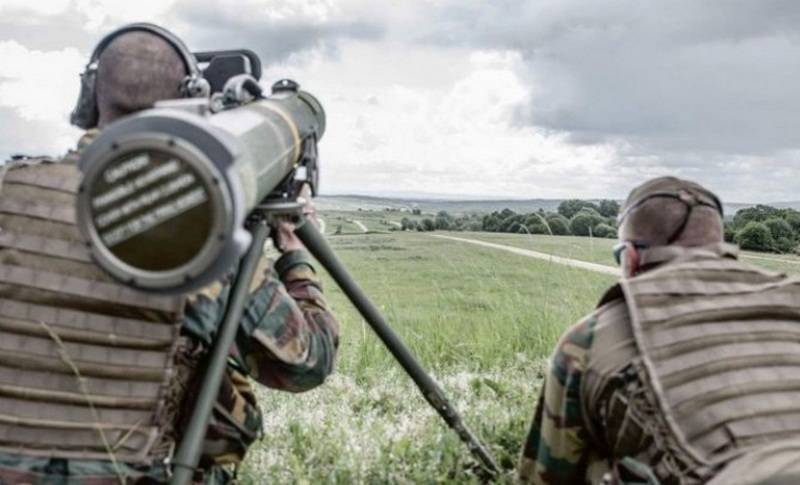 The German Bundeswehr ordered a large batch of Israeli anti-tank missiles Spike, as well as launchers for them, follows from a press release published on 18 this November, writes portal janes.com.


As follows from the published information, the German Ministry of Defense ordered 1500 anti-tank missiles and “a hundred” launchers for them under the previously signed agreement of the Bundeswehr with an Israeli company for the supply of 11 500 missiles and 214 launchers for several years. Details of the agreement are not given. It is also not known in what configuration these complexes will be delivered - for use by infantry or for installation on armored vehicles.

The supply will be carried out by a joint venture of EuroSpike GmbH, organized by the Israeli company Rafael and the German companies Diehl Defense and Rheinmetall Electronics for the production of Spike. Complexes and missiles for them will be assembled in Germany.

It should be noted that the MELLS ATGM in Germany has been used for a long time. This complex is installed on the German Marder 1A5 infantry fighting vehicles. The contract for the integration of the MELLS ATGM (Spike-LR) on the Marder BMP with the aim of modernizing and extending the service life of the latter was concluded at the end of the 2016 year. Two upgraded infantry fighting vehicles successfully passed tests in the first half of the 2017 year.

In December of the 2017 of the year, Rheinmetall delivered to the Bundeswehr the 44 of the MELLS production kits that the 35 machines are currently equipped with.

Also, the new German Puma BMP should be equipped with the MELLS complex, although, according to a number of sources, the actual serial equipment of the Puma combat vehicles with this complex is expected only by the 2024-2025 years.