Shoigu: Two-thirds of funds allocated for the purchase of new weapons in 2020 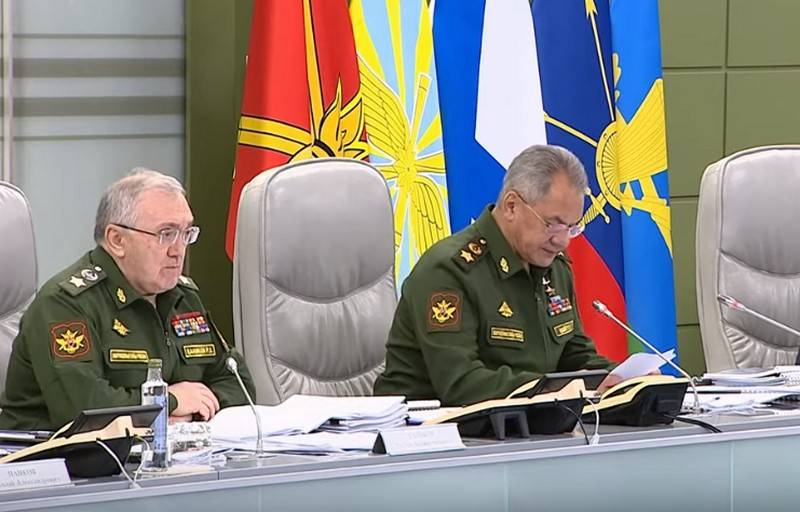 Two thirds of the funds allocated for the state defense order in the next 2020 year will be used to acquire new weapons. This was stated by Russian Minister of Defense Sergei Shoigu at a meeting of the board of the Ministry of Defense. .


According to the head of the defense department, by the 2021 year, the units of constant combat readiness of the Russian Armed Forces should be equipped with modern weapons and military equipment by 70%. In order to achieve such indicators, two-thirds of all allocated funds within the framework of the State Defense Order will be allocated for the purchase of modern weapons and equipment in 2020.

In order to achieve these indicators, in 2020, two-thirds of the financial resources must be allocated for the purchase of weapons
- the minister said.

I believe that the measures taken will contribute to the timely and high-quality implementation of the state defense order next year, which guarantees balanced equipping of the army and fleet modern weapons
- he added.
Ctrl Enter

We are in Yandex Zen
Reports from the militia of New Russia for 27-28 September 2014 of the year
Revolution in the state defense order
29 comments
Information
Dear reader, to leave comments on the publication, you must to register.