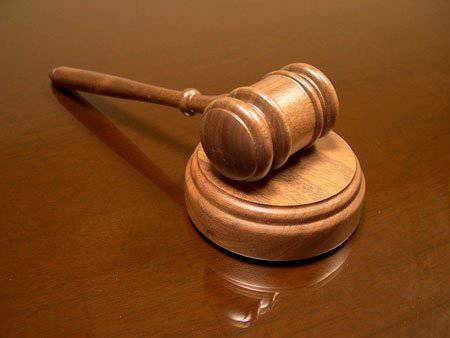 The bailiffs within the framework of the enforcement proceedings to recover a fine imposed by the court arrested part of the property of Andrei Silyakov, a former employee of the Rosrezerv Administration for the Volga Federal District, convicted in February of 2011 for fraud with MiG fighters.

He added that, judging by the information received from the bailiff service, A.Silyakov is still being sought.

As reported, according to investigators, in 2007, A.Silyakov, using his official authority, committed theft in the sale of four MiG-31 airplanes of the Nizhny Novgorod aircraft manufacturing plant “Falcon”. As a result, the state suffered damage in excess of 1 billion rubles.

According to the investigation, four MiGs were illegally included in the list of material values ​​sold from the state reserve. After that, the non-selling supersonic long-range interceptor fighters were bought by a dummy company Metalsnab LLC, which had no right to trade weapons and military equipment. At the auction, each MiG was sold at 153 rubles per piece.

The investigation also established that in 2008 a former employee of the Federal Reserve Agency had stolen fraudulently over 35 thousand tons of fuel oil stored in the state reserve in the territory of Nizhny Novgorod. Damage to the state amounted to more than 300 million rubles.

25 February 2011 of the year in the Nizhny Novgorod Regional Court announced the sentencing of A.Silyakov, found guilty of fraud in the sale of MiGs.

The defendant did not appear for announcement, however, he sent a letter to the court asking him to consider his non-attendance at the meeting not as a concealment from justice, but as “the last opportunity to attract public attention to the present case”.

In a letter to the court, A.Silyakov explained that he did not want to participate in the meeting, because he was celebrating his wife's birthday, but he undertakes to appear on his own in the SIZO after the weekend. Before the trial, A.Silyakov was under house arrest.

Since the defendant did not appear in the courtroom, the sentence was announced in absentia, and A.Silyakov was put on the wanted list.

5 May 2011, the Supreme Court of the Russian Federation confirmed the conviction of A.Silyakov, reducing the sentence and the amount of the fine: imprisonment from 11 years to 10 years and 8 months, fine from 1 million rubles to 600 thousand rubles. At that time, the whereabouts of the convict remained unknown.

Later, an agreement was signed between the Sokol plant and the Rosrezerv, under which Sokol transferred four MiGs to the state. Thus, billions of dollars in damage from the illegal sale of fighters was reimbursed.