From the history of the machine gun Degtyarev RPD-44 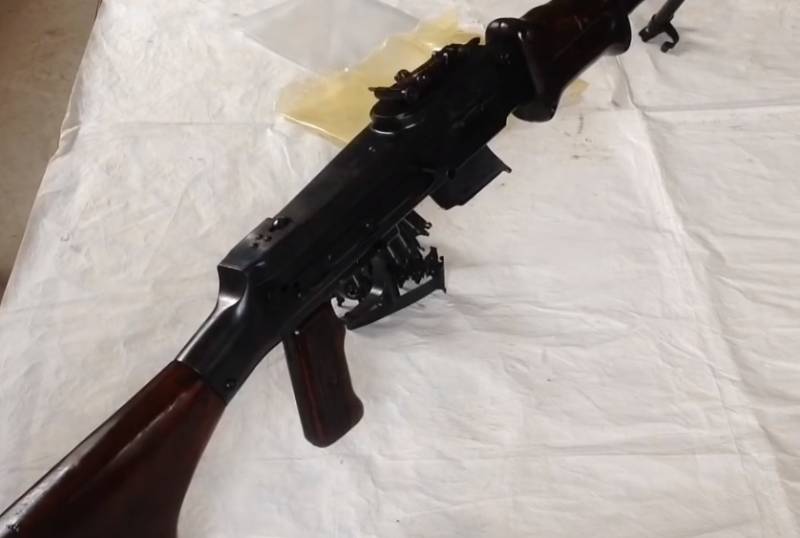 After the appearance in the 1943 year in the arsenal of the Red Army of the first intermediate cartridge with a caliber of 7,62x39 millimeters, our country began to actively develop new types weapons for this caliber.


As a result, among several new models of small arms was an experienced Degtyarev light machine gun (RPD). It was this weapon that became the first in its class to work with a new intermediate cartridge.

The mass production of Degtyarev light machine gun was established in the last months of the Second World War. In the post-war period, this machine gun was in service with the Red Army on a par with the AK-47 and SKS-45. The RPD-44 machine gun was delivered to the countries of Eastern Europe, Asia and Africa. Today, about 40 countries use this Soviet machine gun and its Chinese versions.

Why, in the opinion of historian Andrei Ulanov, is this machine gun, on the one hand, mythologized, overrated, and on the other hand underestimated? What problems arose during the machine gun testing phase? What is the reason for the popularity of the RPM-44? Watch the video prepared by Tactic Media - on the development of Soviet small arms after the Great Patriotic War.

Ctrl Enter
Noticed oshЫbku Highlight text and press. Ctrl + Enter
We are
The history of the assault rifle MP-43Anti-terror weapons
5 comments
Information
Dear reader, to leave comments on the publication, you must to register.