Let's talk about science: Weir-Fellan foam showed the possibilities of creating a new generation of communications 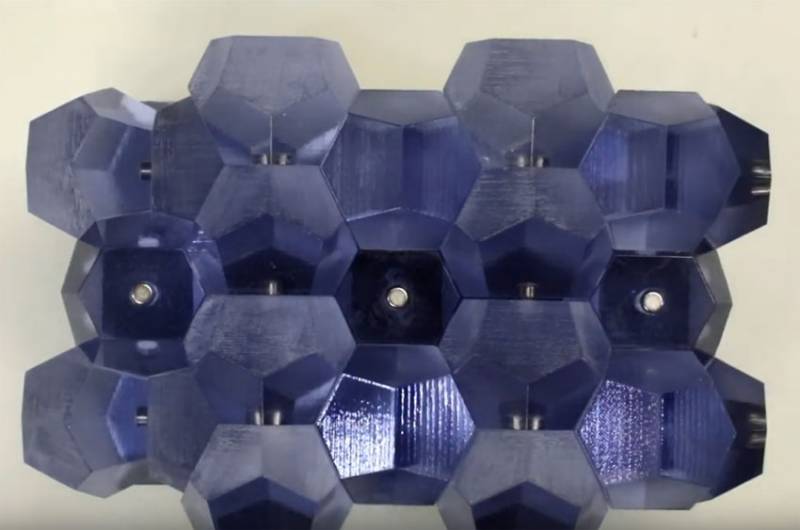 In the section “Let's talk about science”, a topic is proposed for discussion on how problems formulated by mathematicians can lead to important scientific discoveries in the field of physics with subsequent possibilities for applying these discoveries in technological practice. One of the examples is the Kelvin problem formulated in the 1887 year.


The task was to fill the space with equal polyhedrons so that the ratio of the surface area to the volume of the polyhedron was minimal. Kelvin himself (aka William Thomson) proposed as a solution to his own problem - filling the space with truncated octahedra - geometric bodies with 14 faces (8 regular hexagons and 6 squares).

Almost a century after this, a new version of the solution to the Kelvin problem appeared. In 1993, Denis Weir and Robert Falan proposed filling the space with a set of two types of polyhedra, which (for the same volume) have a different number of faces. It turned out that the ratio of Kelvin to Weir and Fallan was able to improve. The structure, created in the form of a computer model in 1993, was called the Weir-Fellan foam. It is noteworthy that in practice Weir and Fallon did not succeed in obtaining “their” foam. Only after 18 years, it was created by scientists from Dublin Trinity College.

The question arose: for what and where can it be used? Moreover, this question identified itself even before the actual receipt of "foam". The mathematical model was noted by engineers and architects. So, for the Olympic Games in Beijing, using the model of filling the space with isometric polyhedrons, a water sports center was built. The Chinese announced significant savings in building materials during the implementation of the project with an increased share of the useful use of space.

Now, scientists have found that the Weir-Fellan foam has an important property that allows you to make a real breakthrough in physics, namely in optics.

Researchers at Princeton University published a paper in which the production of Weir-Phelan foam was noted, followed by the study of its optical properties. It turned out that when a light beam passes through this foam, certain wavelengths are blocked. In other words, light of a number of frequencies is reflected by foam, while waves of other frequencies of visible light pass through the material. Too simplistic: the "red" part of the spectrum passes, the rest is reflected by foam. This phenomenon is called selective photon blocking (photonic band gaps).

Scientists immediately stated that they knew an industry where this property of Weir-Phelan foam could be applied. We are talking about communications, information transfer, including in coded form. Researchers note that the capabilities of the Weyr-Phelan foam (the structure itself) can be used to create a new generation of information communications tools. For such means of communication, as stated, it will require an order of magnitude less energy than for the usual today. This statement has already aroused interest from the military.

The effect of photonic band gaps is also known in relation to crystals, but the Weir-Fellan foam has an undeniable advantage - its dynamics when interacting with light can be programmed, in contrast to a static crystal. That is, the “foamy” structure can replace a whole set of crystals for implementation in a data transfer project, the creation of global communication devices.