Warsaw announced a tenfold increase in the US contingent in Poland 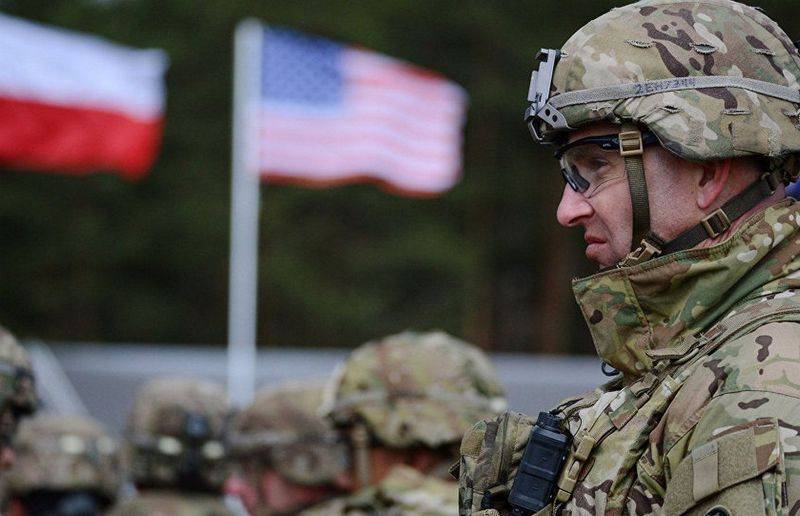 The United States decided to increase the US military tenfold in Poland. This was stated by the Polish Prime Minister Mateusz Moravecki.


Making a keynote speech in the Polish Sejm, Moravecki said that Washington had decided to significantly increase the US military presence on Polish territory. According to him, a tenfold increase in the US military in Poland is expected.

The United States, our most powerful ally, thanks to the efforts of President Andrzej Duda and the Minister of National Defense, has decided to increase the troop contingent of the US forces by more than ten times
- he said.

An increase in the US military presence in Poland was also announced by the US ambassador to Warsaw, Georgdett Mosbacher. According to the American diplomat, negotiations are currently underway between Washington and Warsaw to increase the US military contingent in Polish territory, but she did not say what the increase would be.

I can say that there will be more
- she told reporters, answering the relevant question.

Earlier it was reported that during the negotiations, Poland secured from the United States an increase in the US military contingent on its territory by one thousand troops from the current 4,5 thousand. The parties have already agreed on the location of the military and equipment on the territory of the republic, and Poznan was chosen as the headquarters location.

Recall that earlier Warsaw proposed to Washington to deploy the US armored division in Poland, expressing its willingness to take on costs of 1,5-2 billion dollars.
Ctrl Enter
Noticed oshЫbku Highlight text and press. Ctrl + Enter
We are
US Ambassador to Warsaw: Poland is a bastion against the Russian threatUS expert community is trying to identify ways out of the Afghan impasse
89 comments
Information
Dear reader, to leave comments on the publication, you must to register.