What distinguishes the 4 generation fighter from the 5 generation: in the West they tried to figure it out 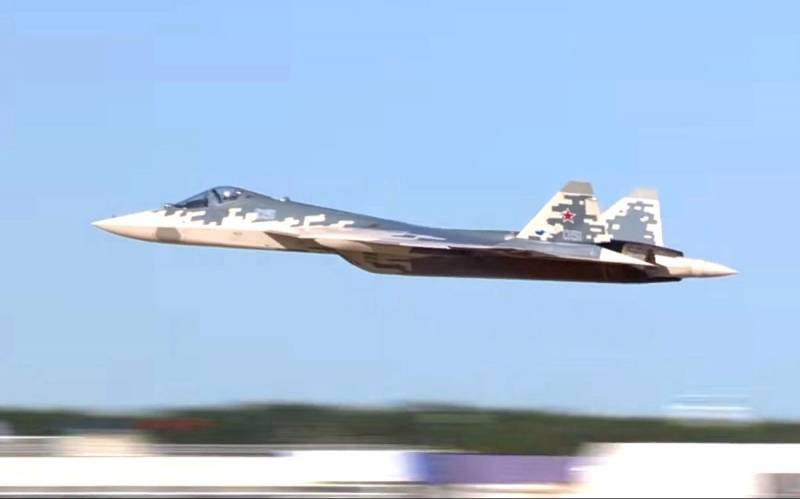 Browser Alex Hollings at Sofrep, a western resource specializing in military and military-technical issues, publishes material that discusses the nuances of fifth-generation fighters. It is noted that today several countries have developed their fifth-generation fighter jets or are engaged in such kind of development, while there are no exact parameters for “when the aircraft suddenly ceases to belong to the 4 generation and goes one step higher.” In the article, Hollings tries to sort things out.

The obvious thing is that the F-16 Fighting Falcon is a fourth-generation fighter, but today there is a difficult debate as to whether, for example, the Chinese J-20 fighter is a more advanced generation.
Hollings notes the generally accepted parameters and characteristics that should position the fighter as belonging to the 5 generation. So, the ability of such fighters to act in the airspace of the enemy with a minimal threat of detection is called.

Here it is necessary (for its part) to recall that the Chinese J-20 were detected (at least, as they stated some time ago in the Indian Air Force) by Su-30MKI aircraft of the Indian Air Force. If so, then the criterion mentioned by Hollings should infer the J-20 from the fifth generation fighter class.

Another parameter, called the Western browser, is the location of the main weapons of the 5 generation fighter in the internal compartments. According to him, the use of weapons on external suspensions is a minus for the aircraft - from the point of view of its detection. At the same time, it can be stated that aircraft that are declared as representatives of the 5 generation class still use external rockets and bombs.

Also, speaking of fifth-generation fighters, they indicate their super maneuverability. But this is a controversial detail. Even the F-35, which is considered the standard of the 5 generation fighter, a low-visibility aircraft, may turn out to be the loser in terms of maneuverability for the aircraft of the earlier generation - the fourth.
As a result, the author of the material states that today the ability to be a real command center for other means can become an obvious parameter of a fifth-generation fighter aviation, including attack drones, when performing joint operations.