Why the economy of Russia is not traveling 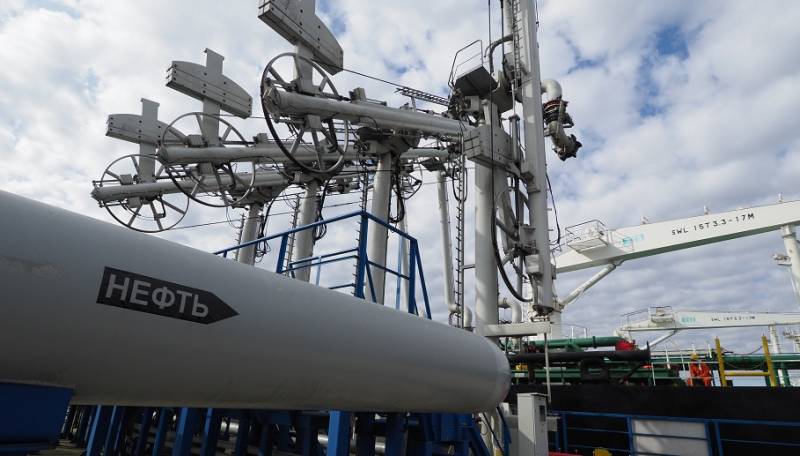 Why is the Russian economy not traveling? The economic stagnation and degradation of Russia is a response to the extremely unsatisfactory management of socio-economic processes in the country. When one liberal group, retaining its positions since the 1990's, fulfilling the economic principles and theories of the West for developing (semi-colonial) countries that have already destroyed the economies of Chile, Argentina and Venezuela, is stubbornly dragging Russia to the bottom.

Russia is a real country of contrasts. The Russians occupied and mastered the largest and most resource-rich territory in the world. According to the rating from 149 countries of the world, we take the first place in oil production and 96-in quality of life. Russia is a leader in gas exports, but at the 90 place in the quality of medicine. By social stratification and social injustice we are in the world leaders. The number of dollar billionaires and millionaires is constantly growing in Russia, and 85 — 90% of the country's total wealth is concentrated in the hands of about 3% of the richest Russians. Rich people go wild with fat - they buy super-expensive yachts (Russia is the second most expensive yachts bought), private planes, works of art, jewelry, have a feast during the plague - extremely expensive shows, receptions and weddings, inviting Russian and foreign superstars, throwing millions into the wind dollars and euros.

At the same time, incomes have been falling for five years in a row, and the army of the poor continues to grow. According to Rosstat, this year the number of people with incomes below the subsistence level has grown to almost 21 million people. More than half of families with children live below the poverty line. The vast majority of Russians (59%) are forced to save on food and clothing. In addition, the "reformers" worked so hard on the Russian economy that Russia's GDP is comparable to that of one of the Chinese provinces of Guangdong. And one US state of California surpasses the entire Russian economy.

Obviously, the government is not interested in developing the country's economy in the interests of the people. The treasury is full of money: 17 trillion are dead weight. rubles. According to the data published on the website of the Russian Ministry of Finance, in January-October of 2019, the federal budget of the Russian Federation was executed with a surplus of 3,071 trillion. rubles. Revenues in the reporting period reached 16 trillion. 670 billion rubles, and expenses - 13 trillion. 598 billion rubles. Russia has a chronic budget surplus, and the liberal bloc gives it out as an example of an effective and wise government policy. In fact, money is sterilized, “stored” in various “stashes”, and the economy is degrading. The government deliberately “dries” the economy, drowning it, so that, God forbid, not to disperse inflation. Government debt, both state and corporate, is minimal, as is inflation. The dollar, after the devaluation of the ruble at the end of 2014, the withdrawal of Russian assets of US government debt and the transfer of foreign trade to the euro and the yuan, is no longer a threat to the CBR. Russian rich brought offshore (England, Switzerland, Cyprus, etc.) 1,5 trillion. dollars. And the growth of the Russian economy is at the level of statistical error. At the same time, after the transfer of Rosstat to the Ministry of Economic Development, the figures of Russian statistics raise serious doubts, since they meet the needs of the stronghold of liberals - the Ministry of Economic Development.

At the same time, the government, apparently moving to the economic strategy “people are new oil”, is punching ever new antisocial decisions with enormous speed, introducing new taxes and taxes. The predatory pension reform has been carried out, the issue of a new pension reform is being worked out (for the same purpose), tariffs and gas prices are rising. The state, in fact, refuses social policy, moving to the position of “night watchman” of capital.

The problem of the Russian economy is that, starting with 1991 — 1993. and ending with our days, it is a colonial and peripheral economy with respect to the West. Gorbachev and Yeltsin surrendered the USSR-Russia to the West. The coup d'etat of August 1991 completely changed the socio-economic formation of Russia, transferring state property to private. The forceful dispersal of the Congress of People's Deputies and the Supreme Council of the Russian Federation in October 1993 and the December constitution of 1993 were carried out in the interests of the United States and the financial capital of the Old and New Worlds. Russian oligarchs received loans to purchase major state assets. This was followed by an offshore offshore of Russian assets and the complete approval of global, supranational financial institutions: the IMF and the World Bank in the Russian Federation. All this up to the present day determines not only the financial and economic policy of Moscow, but also the internal life of the country (in particular, the poverty of the people).

All recommendations of Western financial institutions, in particular the IMF, are of a priority nature for the liberal-economic bloc of the government of the Russian Federation and especially the Central Bank. Hence the antisocial policies of Gaidar, Chubais, Kudrin, Gref, Siluanov, Nabiullina, Medvedev, etc. Judging by the current situation, all the recommendations of the West were aimed at strangling the industrial, technological, scientific and educational potential of Russia, turning the country into a semi-colonial appendage - “ pipe ”, an exporter of natural resources to the countries of the West and the East. Also, Russia has become a market for global "factories".

Thus, privatization, which the government regularly refuses to review, has led all Russian subsoil and enterprises to become Western property. The fact is that in the 90 years we entered the dollar system and its capitalization became a key element of any enterprise, and it is in dollars and it is made in the West. Western agencies can at any time lower the sovereign rating of Russia and all its enterprises. That is, the Russian economy lives within the framework of an external system, we have become part of the global world, which is controlled by the financial capital of the Old and New Worlds. Violation of Western rules, IMF and WTO guidelines, and sacredly performed by the Russian financial and economic authorities, will inevitably lead to punishment and heavy losses.

In 2006 — 2007 Russia paid off on IMF loans and it seemed that now it is possible to build an independent economic course. Fortunately, the economic situation was extremely favorable. In the 2000 "fat years" the budget was choked with money for the sale of raw materials. The Munich speech of V.V. Putin (February 2007) gave hope for a departure from the Yeltsin policy and for the strengthening of independence, including economic. In 2008, the “2020 Strategy,” developed by the IMF and the HSE by order of the president, was approved. 12 years have passed. What are the results? They are sad. The TV shows a picture of Russia's foreign policy “power” in the Middle East, Africa and Europe. However, behind the front facade and fake splendor hides economic ruin, the terrifying poverty of the people, industrial, scientific, technological and social degradation. Actions and words in the foreign arena are not supported by internal content.

The course towards a great-power policy and the creation of the world's best armed forces is impossible without reliance on a powerful economy, an independent scientific and technological base, a healthy and prosperous society. Such duality leads Russia and the people to disaster.

What is the solution?

The liberal bloc believes that the main problem is the incompleteness of the “reforms”. Also a problem in the people, its “inefficiency”. So, recently Chubais called the majority of the population of the USSR (that is, Russia) “loafers and parasites.” True, I forgot that these "loafers" overwhelmed the most efficient economy of the West - the Third Reich, built the second economy of the world. And almost put the USA checkmate. That the United States was on the verge of collapse in the 80 years, and only “perestroika” and the surrender of the USSR to Gorbachev and his accomplices saved the States from a geopolitical catastrophe.

Liberals continue their mantras that the development of Russia should be based on foreign investment, a decrease in state regulation, a decrease in the state’s share in the economy, and further privatization of state assets (especially in the fuel and energy sector and communications, Russian Railways, Aeroflot, etc.) . It is also necessary to use widespread labor migration to make up for the replacement of the dying and rapidly aging indigenous population.

However, in fact, attracting foreign investment has led to a wide outflow of capital, offshore business and assets of statehood, to the accumulation of a huge mountain of money that are dead weight. In the context of the global crisis, we simply won’t see these riches; they are being brought to the West. The demographic situation is getting worse and worse. The Russian people - the core of Russian civilization and power, are rapidly dying. The population is becoming increasingly incapacitated even at a young age due to digital insanity, increased mental stress, which inevitably causes a rapid increase in chronic sores, the collapse of mass physical culture and the health care system. Migrant workers replenished the services market, but caused an increase in crime, created the ground for the development of radical “black” Islam and migration riots. There is also a gradual replacement of the indigenous peoples of Russia with more obedient and managed workers. This is against the backdrop of the oppression of the Russian language and culture, the decomposition of society and morality, the agony of science, education and art, which has been replaced by pop surrogate and decadence.

The formula for breaking this deadlock is simple. This is a refusal to follow the disastrous course that the West prescribed to us in the 90 years. The world politics of Russia should be a reflection of the domestic, as it was under Stalin. In today's Russia, domestic policy demonstrates the principle of the triumph of private capital and its dependence on international financial institutions, whose rating allows Russian business to be credited abroad. This has already led to the fact that Russians, as during the Napoleonic wars, began to be used as cannon fodder to achieve the goals of Washington, London, Paris, Ankara, etc. For this, the West allows Moscow to trade the country's natural resources.

Inside the country, it is necessary to abandon indulgence to big business, the interests of the people are higher than a handful of “responsible businessmen”, the priority of foreign investment, and the attraction of labor migrants. Refuse to follow the rules of the IMF and WTO, strengthen the role of the state in regulating the domestic and foreign markets, create and develop large state-owned companies, review privatization results, nationalize land, mineral resources, water and forests, develop a financial system under the tight control of the re-established State Bank, which should deal with the creation of conditions for the development of the country's economy, the wide use of domestic investments (tens of trillions of rubles have been accumulated, enormous resources are available in the area of ​​confiscation of corruption, Itel element). All this will quickly give positive shoots in the form of restoration and growth of the economy, the welfare of the people. A strong, popular (truly democratic) Russia will be able to successfully confront the West and balance the East.

Thus, the continuation of the liberal course is the death of Russia. Salvation in democracy, social justice. Return to the sources - truth, justice and conscience. When the spiritual is above the material, and the general is higher than the particular.

We are in Yandex Zen
What we lost
The past, present and future of Russia's energy strategy
294 comments
Information
Dear reader, to leave comments on the publication, you must to register.