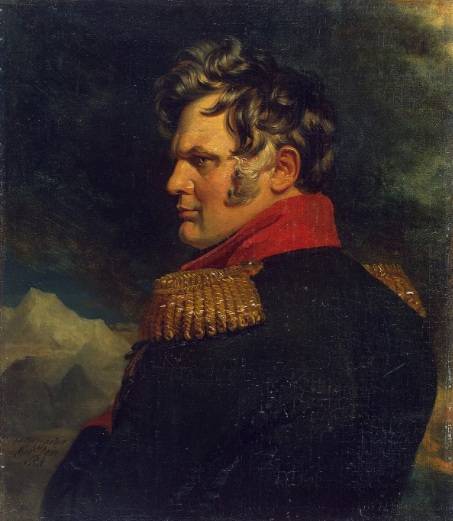 Russophobic actions continue in Georgia. Given the significant losses from the outflow of Russian tourists, this is reminiscent of rake jumps that can stop only with the breakage of the handle, although these comrades are such inventors ... The Russian-Georgian “elite”, which prefers to admire Georgia from afar, often from Moscow, does not lag behind. So, in an interview, young lady Tina Kandelaki said: “Georgians have always been a very enlightened nation. We watched MTV in the beginning of the 90's - years before Vasily Strelnikov began to introduce Russians to American culture. ”

I don’t know what relation MTV commercial entertainment channel has to culture and education, all the more I don’t have a clue why you need to introduce someone to such a “culture”, but with historical Tina Givievna did not get to know the aspect of this question, apparently for ideological reasons. Otherwise, she would have known that the education of the Georgians was not related to MTV, which, personally, I would have considered the Georgians to be an insult. In part, this enlightenment was associated with someone who is now considered almost a punisher of the Caucasus. Namely, with General Ermolov.

Ermolov is not just a general

The famous Griboedov, who served under him as adjutant of Aleksei Ermolov, called him “the sphinx of modern times”, emphasizing the mystery, incomprehensibility and scale of this person, as if the general was looking into eternity. All those around, regardless of their own personal feelings for the person of Ermolov, emphasized his independence, ardent patriotism and undoubted talent. In addition, the famous general, as they say, was foremost for his time.

In 1816, the legendary hero of World War II 1812 of the year again amazed everyone with a request to appoint him to the Caucasus. The imperial court of that time examined the Caucasus, so to speak, on a residual principle. The Caucasus was reserved for seekers of glory, freethinkers, guilty ardent officers, Cossacks, and so on. An outstanding general with more than ten orders, not counting foreign ones, and the Golden Sword "For Courage" could not get to the Caucasus. Later this decision of Ermolov will be explained by a number of reasons - from contempt for palace intrigues to the foresight of an experienced statesman who understands the prospects and importance of the region. 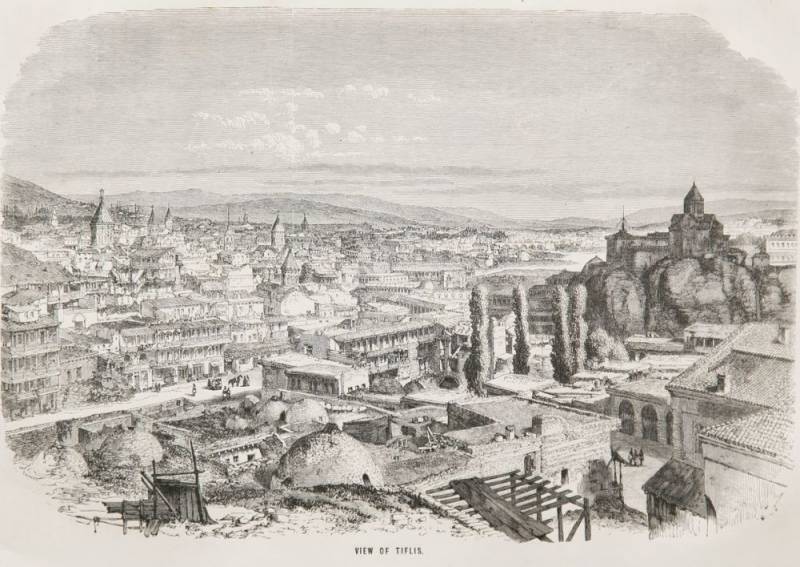 One way or another, but only in the first few years it became a thunderstorm for hostile mountaineers and a benefactor both for ordinary soldiers and for the local civilian population. Skillfully alternating diplomacy with harsh military methods, he established Russia in the Caucasus stronger than before. A series of reforms (from permission to wear hats instead of shakos to tax benefits for the relocated estate) and the construction of fortified cities (Groznaya, Nalchik, etc.) by Alexei Petrovich became the first strokes of the picture of the future. But much of this is now forgotten.

The personality of Ermolov goes far beyond the boundaries of the great military leader. Ermolov for the Caucasus was one of the prominent builders. It was he who was the first to equip the now famous mineral springs; he is the one who owns the initiative to promote viticulture in the Caucasus. The general was the first to begin construction of factories in Georgia (copper foundry and powder). Alexei Petrovich tried to protect the roads from local gangs of abreks not for the sake of himself, but in encouraging trade in the region.

Ermolov opened an officer club in Tiflis with a huge library, at that time, and also built a hospital for military personnel. It was he who initiated the opening of a network of Georgian schools. Moreover, in 1824, he was the author of a decree signed by the emperor on the right to redeem Georgian serfs at will during the sale of them from public auction with the help of subsidies for these same peasants from the state treasury! At the same time, together with the peasant, all his property was set free ... 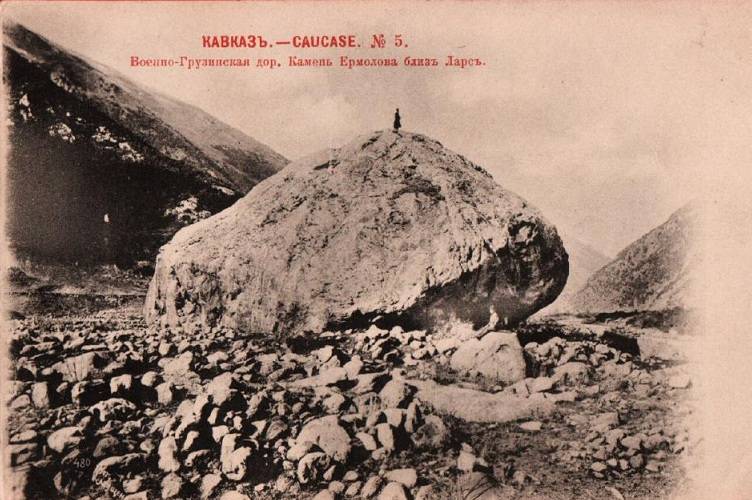 However, Ermolov did not forget about the intellectual life of the Georgian population. He established the first newspaper in Georgia under the Separate Caucasus Corps, that is, he became the founder of the Georgian media, which are now pouring mud on Russia. The first issue of “Georgian Newspaper” refers to March of the 1819 year.

The origins of the Georgian press

The newspaper was published at the headquarters of the corps. A subscription could be issued either directly at the headquarters or by contacting the local district chief, who, in turn, was obliged to transfer the corresponding request to Tiflis. The subscription price was significant at that time - 3 ruble silver per year. But the whole amount hardly compensated for the costs of paper, the publication itself, postage and translation into Georgian ... Yes, the newspaper was in Georgian.

Considering all the factors, the headquarters of the Caucasian Corps, in fact, the editors, immediately warned subscribers that if there are less than 500, then the newspaper will not be released, because the amount of their payments will not cover the costs. Fortunately, the subscribers were decent. The newspaper was published both in 1820 and in 1821 ...

The newspaper itself was quite presentable for its time. Four pages of a small format with a vignette with the image of St. George the Victorious. The content of the newspaper was personally supervised by Yermolov. The general considered it necessary not only to inform Georgian readers about the views of the Russian Empire, but also about foreign political trends. Alexey Petrovich expanded the worldview of Georgia, developing awareness of his place in the world and in world politics. During the subscription to the Georgian newspaper for the 1820 year, the editorial announcement did not conceal this vision of the general of the goals of the first press:
“The publishers of this caress themselves with the hope that they will not meet a shortage of those who want to get this edition, which serves to the pleasure of the inhabitants of the local land, and, moreover, that it is necessary for their civil affairs.”


The content itself consisted of metropolitan Newsborrowed from St. Petersburg newspapers, orders, appointments and awards for the Caucasus Corps and the entire Caucasus, as well as from the most important government orders concerning Georgia. Foreign news was borrowed directly from the foreign press. So, for example, Georgians learned about the unusually stormy for their time scandal between the royal spouses - the British king George IV and his queen Carolina of Braunschweig. Travel reports on China, America, and Japan were also regularly published. 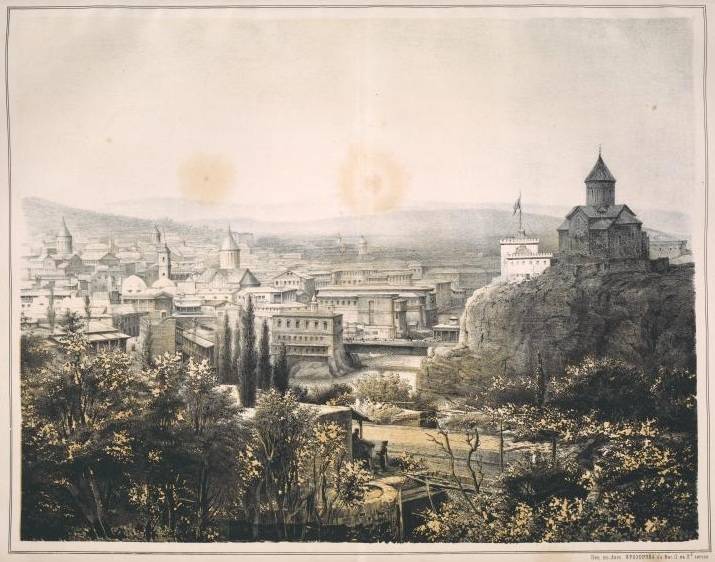 Tiflis in the 19 century
Of course, entertaining news and even jokes were also printed. Now one of the, so to speak, home-made Caucasian jokes published by the Georgian newspaper is known:
“A certain commission agent, procuring provisions in Imereti, bought bread from one peasant and, not having time to return the sacks, number ten, died. The Provincial Commission sent its officials there to describe, as usual, the estate left after it. The peasant, having learned about this, appeared to the mentioned officials with a request to return his bags to him; but having received a report that, as a commission agent, to whom they had been given the bags, he died, he can now ask them from God, returned home and, a few days later, appeared again and announced that he, according to the received order, asked God, but God He showed him the commission, so as to get bags from her, if they didn’t believe him, then they would ask God. The officials, convinced by such a witty man’s response, returned the requested bags to him. ”


In addition, it is worth noting that the press has become one of the tools for linking Georgian lands together. In fact, the extremely fragmented Georgian principalities, until the Yermolov newspaper, often had no idea for months what was happening in other cities and villages. Residents of a village in Svaneti were rather indifferent, for example, to the fate of Kartli, which was cemented by the lack of the very possibility of learning about the life of neighbors. To link together, statistical information was published throughout Georgia - the number of centenarians, population decline and growth, etc.

Alas, by the beginning of the 20 century, there were practically no original samples of the Georgian Newspaper. Already a lot of historical whirlwinds swept over the Caucasus. According to some reports, one of the sheets from the 25 of August of the 1819 of the year was stored in the church museum at the Zion Cathedral in Tiflis. Another copy was in a private collection, and in the archive of the headquarters of the Caucasian military district there was a special case called “Journal of incoming Georgian newspapers published in 1820,” which contained a handwritten version of the Yermolov newspaper, but in Russian.

Ctrl Enter
Noticed oshЫbku Highlight text and press. Ctrl + Enter
We are
Chernobyl notebook. Part of 3"Your exploits are the heritage of the Fatherland, and your glory belongs to Russia." Hero of Russia Alexey Petrovich Ermolov
28 comments
Information
Dear reader, to leave comments on the publication, you must to register.