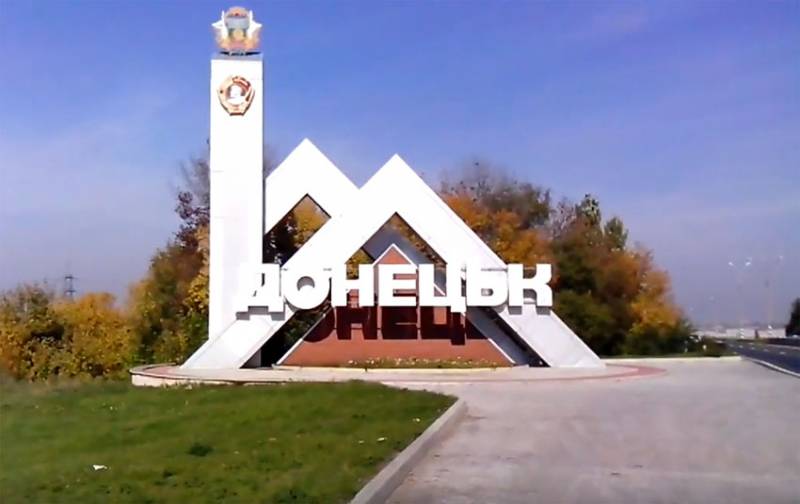 Recently, in Kiev, they began to actively discuss the question of what real integration with “special regions of Donetsk and Lugansk regions” could result for Ukraine. In other words, Kiev politicians were preoccupied with the question of what to expect in the future if the DPR and LPR are indeed included in Ukraine on a full basis, which is prescribed in the Minsk agreements.


It turned out that for many Ukrainian politicians, such a prospect (against the background of constant rhetoric about the need to return the Donbass) is not just not satisfied, but even arouses fear. Frighteningly, with the full integration of the Donbass into the “Ukrainian space”, Kiev will have to reckon with the opinions of millions of residents of Donetsk and Lugansk regions. And this means that Kiev will have to forget about declarations of integration, for example, with NATO. Additionally: Kiev will have to reckon with the opinion of the inhabitants of Donbass regarding the Russian language. It will no longer be possible to get rid of Russian-language schools by forceful methods, from teaching in Russian at universities.

A separate question: if Kiev suddenly fulfills each of the points of the Minsk agreements and LDNR falls under Kiev jurisdiction, that same Kiev will have to reconsider its attitude to issues to a greater extent storiesincluding dismantling of monuments. Residents of Donbass, faced with Kiev aggression, will not silently look at how several young men destroy monuments, busts and bas-reliefs created in honor of the famous Soviet military leaders.

An additional reason for the Kiev fear of full integration with LDNR is the issues of manning the army. The special status of these territories may not allow the implementation of the draft in the Ukrainian army.

If Kiev starts elections in the Donbass according to “Ukrainian legislation”, then the radicals will definitely not have any chance of appearing in the country's power structures if Kiev does not resort to falsifications. On the other hand, any falsification may become a pretext for a new Donbass uprising.

Well, there is a separate reason for Kiev’s fears: the example of LDNR in terms of upholding its interests may inspire other regions of Ukraine, which for Kiev is like a charge of salt under the tail.

As a conclusion: it is Kiev, in the first place, that is itself not ready for real integration with the Donbass, because such integration can completely reformat today's Ukraine.
Ctrl Enter