Tel Aviv and the "forgotten" oil of Lebanon 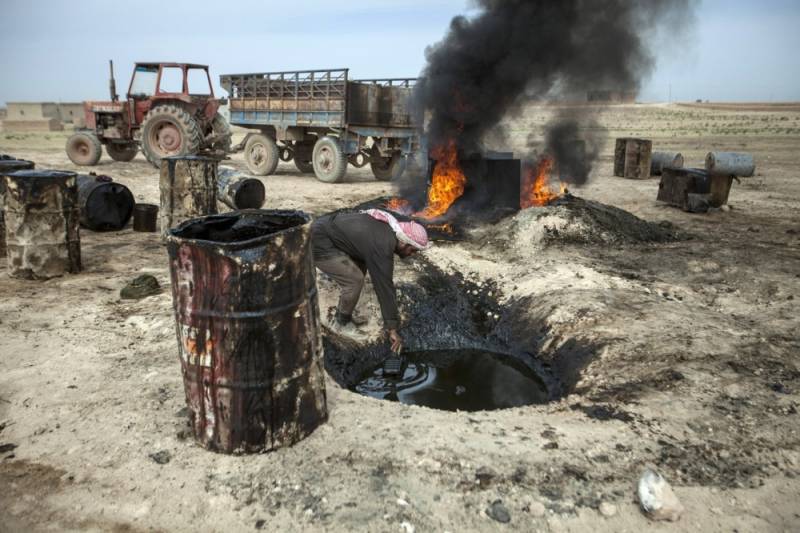 The sharply increased activity of the Israeli Air Force in Lebanon testifies to the preparation by Tel Aviv of a large-scale military operation, at least in the Lebanese South. Special operations against the Lebanese bases of Hezbollah and its allied groups in this regard are only seasoning for the main dish.

The thing is that the south-eastern border of Lebanon is located only 30 km from Damascus - the capital of the long-suffering Syria. After that, the very real "coverage" of the Syrian capital in terms of military-political geography will become threatening not only for the Syrian regime. Radical Arab-Palestinian groups supporting Hezbollah and Hamas will also be under attack.

They are known to be the flagships of the undeclared war of the Arab-Palestinian radicals against Israel, based mainly in the border “triangle” of Syria-Lebanon-Israel. However, one must remember that the Lebanese South adjacent to Israel is also an important oil transit region of the entire Middle East. "Attractive", of course, for Israel.

In the context of the mentioned political and economic trends that have formed at the moment in and around Lebanon, it can be assumed that the ground is being created for the Israeli invasion of Lebanon. This is especially true given the synchronously growing military activity of Tel Aviv in the Lebanese direction. 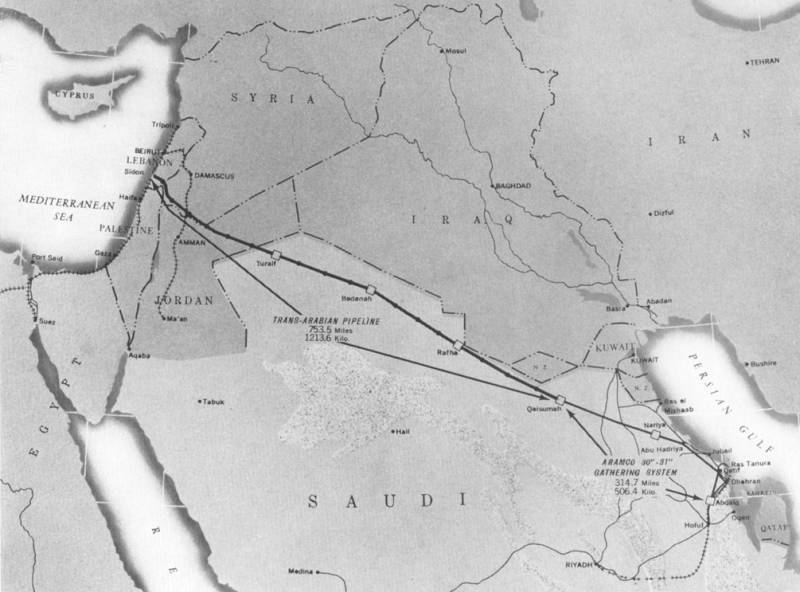 Trans-Arab oil transit is an idea born more than 100 years ago.
Israel needs all this not only to increase pressure on the Syrian regime of Bashar al-Assad and the Arab-Palestinian militants. Israel needs Lebanese oil and gas, and oil to a much greater extent. One should not forget about Israel’s permanent desire to establish control over trans-regional oil pipelines from Saudi Arabia and Iraq to Lebanese ports, respectively, Saida and Tripoli.

Now the planned operation in Lebanon is transparently “hinting” and the demand put forward the other day by the Israeli government to the United States regarding the cessation of financial assistance to Lebanon, we note, is specifically for defense needs. From Tel Aviv and Jerusalem, Washington is gently reminded that in Lebanon there are still too favorable conditions for anti-Israeli militants and their bases, including missile launchers.

In the USA, they promptly heeded this request: the administration of D. Trump on November 1 decided to suspend, according to Reuters and UPI, the allocation of Beirut 105 million dollars for security needs of the Lebanese government. Moreover, the State Department notified Congress of this decision without indicating the reasons for its adoption.

One of the Washington officials on this occasion noted directly from the television screen that "this step could have been caused by protests in the country." It is also characteristic that US assistance to Lebanon includes the purchase by the Lebanese authorities in the USA of “night vision devices and weaponsused by the Lebanese Border Guard. ” 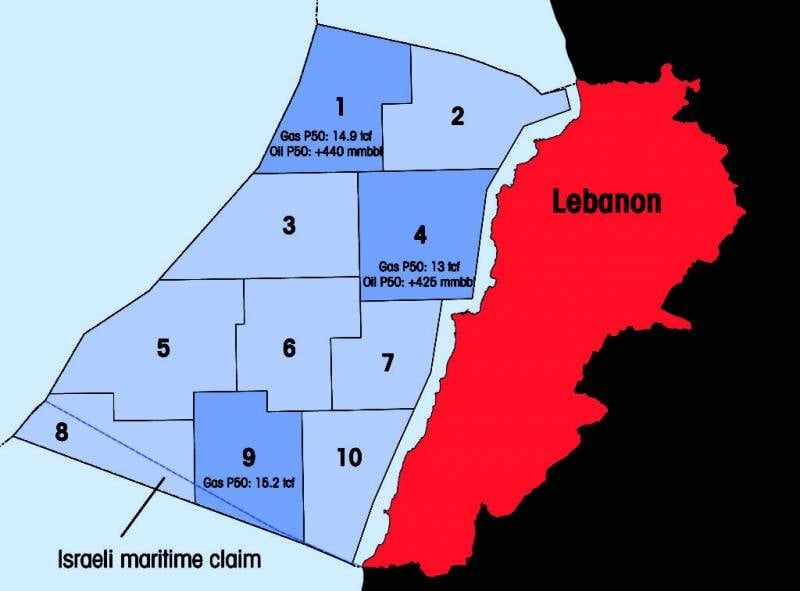 That is, American aid has been suspended amid, firstly, the ongoing socio-political protests in the country in connection with the economic crisis in Lebanon. And secondly, the escalation of military tension between Beirut and Tel Aviv, including the increasingly frequent incursions of the Israeli Air Force into Lebanese airspace. And in addition, this is also the allegedly unintentional Israeli missile attack on the Lebanese embassy in Damascus the other day.

According to Leader of the Lebanese Democratic Movement, Jacques Tamer, "it is not yet clear where and what the increasingly active socio-political protests in the country are aimed at. They are most likely controlled by foreign forces." Moreover, J. Tamer (it seems that he is not alone) has "data that representatives of the United States operate in Lebanon, which finance the unrest."

Moreover, Mr. Tamer is absolutely sure that today it is necessary to significantly weaken the influence of the United States and Israel, who have deeply penetrated Lebanese politics. And this can only be done with the help of Russia:
"It will not be possible to simply drive them out - just squeeze them out. With the help of equal force - Russia. We want the Russian advisers and military to help us in the same way as they did for Syria."

It is hardly worth explaining that now it is not advisable for Russia to intervene in the Lebanese situation, especially according to the Syrian “version”. But the very fact of the appeal to Moscow is also characteristic because in 1943-1944 the USSR prevented the re-occupation of the ex-French Levant, that is, the French protectorates of Syria and Lebanon by the French troops. What is remembered both in Damascus and in Beirut (see Moscow - Damascus: December of the 1943 ...).

Recall in this regard that oil refineries are located in the Saide and Tripoli mentioned above, the products of which, of course, are also not superfluous for Israel. This country is a net importer of oil, and up to 70% of the annual volume of oil products it consumes comes through just through Saida and Tripoli. 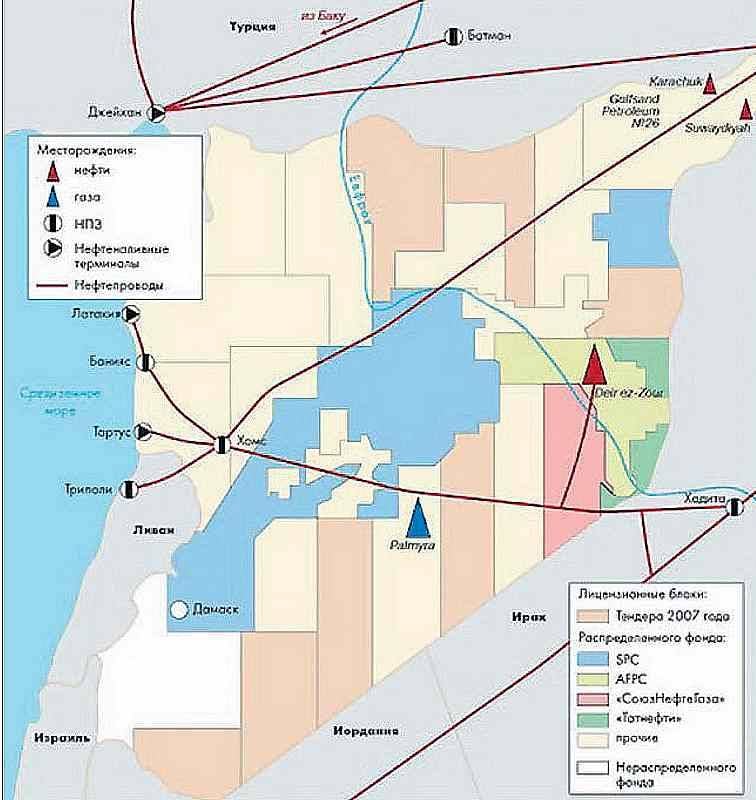 One of the main arteries in which Israel teaches oil products is the Trans-Arabian Pipeline in 1220 km, built by American companies in 1947-1950. It connects a large Al Qaisuma oil field off the Saudi coast of the Persian Gulf (not far from Bahrain) with a port and an oil refinery in southern Lebanon Side. Successively passing through the north of Saudi Arabia, eastern Jordan, southern Syria, then to Saida. The Saudi Saudi Aramco, a subsidiary of the Chevron and ExxonMobil conglomerates (USA), has remained the owner of the artery and refinery in Side since the beginning of the 60's.

And here is the Russian trace

It is characteristic that the numerous Arab-Israeli wars, as well as the Israeli invasions of Lebanon, did not damage this artery in any way, which is very characteristic. The volume of oil pumping here after the 1967 war of the year barely reaches one third of the pre-war; accordingly, almost half the loading of refineries in Saida decreased. Although, according to reports, Israel receives this pipeline oil and oil products from Saida. So why not "strain" to control the most important section of this artery for Tel Aviv?

It is also a matter of two related factors of the significance of the trans-Arabian oil pipeline for Israel. First, the western route of this artery ended in north-Israeli Haifa, where a large transit port remains and a powerful refinery operates. But in connection with the first Arab-Israeli war (1948-1949 gg.) Already by the 1951-th branch was built off from the part of the highway, which is on the Syrian-Israeli border, to the South Lebanese side. 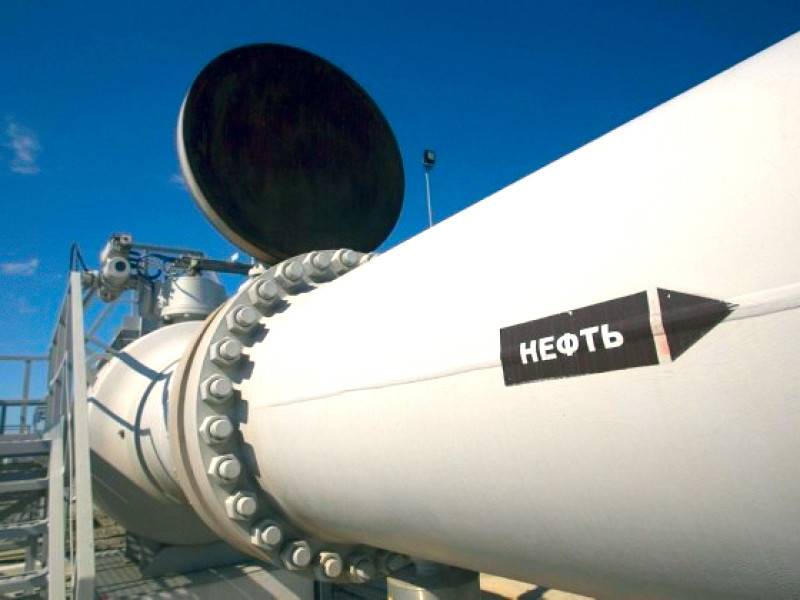 But if we write about the same artery in more detail, neither in 1958, when the United States occupied Lebanon almost all this year, nor during and after 1967, when Israel occupied most of the Syrian Golan Heights, the pipeline was not interrupted. He worked both during the Israeli occupation of most of Lebanon in the 1981-1982 years, and during the "peacekeeping" NATO operation in Lebanon in the 1982-1983 years. (more: Notes from the Minefield: United States Intervention in lebanon and the Middle East, 1945 — 1958, Columbia University Press, New York 1997; TAP: Port Information and Rules, Beirut, 1997).

The second artery, potentially attractive to Tel Aviv, is a branch (approximately 600 km) from the Iraqi-Syrian oil pipeline, operating from the end of the 1930's from the southern Syrian Homs to the North Lebanese port and the Tripoli refinery located near the northern sector Lebanese-Syrian border.

However, here the Israeli "prospects" are less feasible, since on January 24 of 2019, Rosneft signed an agreement with Lebanese Ministry of Energy on its operational management. The agreement is designed for 20 years and applies to the port terminal for the storage of petroleum products in Tripoli. The document provides, inter alia, for Rosneft to carry out comprehensive work to increase the throughput capacity of this oil terminal in the same period.

It is possible that the presence of Russia through Rosneft in this region of Lebanon is holding back and seems to be holding back the aspirations of Tel Aviv in Lebanon. At least in most of Lebanese territory. But its southern "oil transit" part, we repeat, is more vulnerable to those aspirations.

We are in Yandex Zen
Hamas group wanted to make peace with Israel?
Syria: Americans scare themselves, and Asma Asad buys chairs
32 comments
Information
Dear reader, to leave comments on the publication, you must to register.