In the USA, they doubt the combat usefulness of the latest Zumwalt destroyers 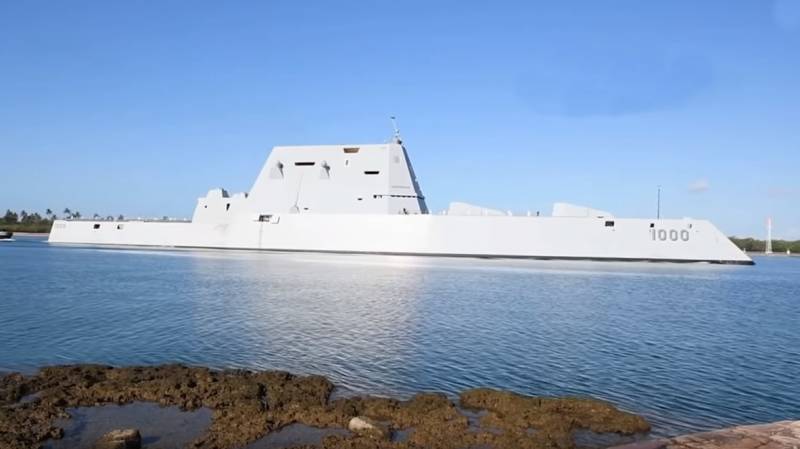 American experts doubt the combat usefulness of the latest US Navy destroyers, re-evaluating their combat role.

Initially, it was assumed that the fleet would consist of more than three dozen ships of this type, but their armament "was stunned by delays, reductions and a staggering increase in cost."

Design flaws, including those caused by the financial side of the matter, did not allow the implementation of a large-scale reconstruction program fleet. In particular, it was planned that a new fleet of destroyers would be able to eliminate the voids, the formation of which is planned in connection with the dismissal of Ohio-class submarines, the author believes.

Creating an analogue of the American "pocket battleship", working alone in the open sea in the face of the enemy, is a risky step
- Mozokami believes, believing that the project has turned into a failed program to "upgrade" the backbone of the US surface fleet.

However, he believes that the very idea of ​​concentrating combat power on an advanced stealth ship is in demand. True, from his words, this will cost several more years of idle shipyards and new costs.

Recall that earlier with the destroyers of the project in the U.S. Navy repeatedly had problems. It got to the point that the Zamvolt’s engines literally stalled and had to be towed to a military base by its tugs. Also in the United States they can’t decide exactly where to use these warships. If initially they were positioned as effective surface-based means of launching missile strikes, then they decided that they should be used as support ships for landing operations.
Ctrl Enter