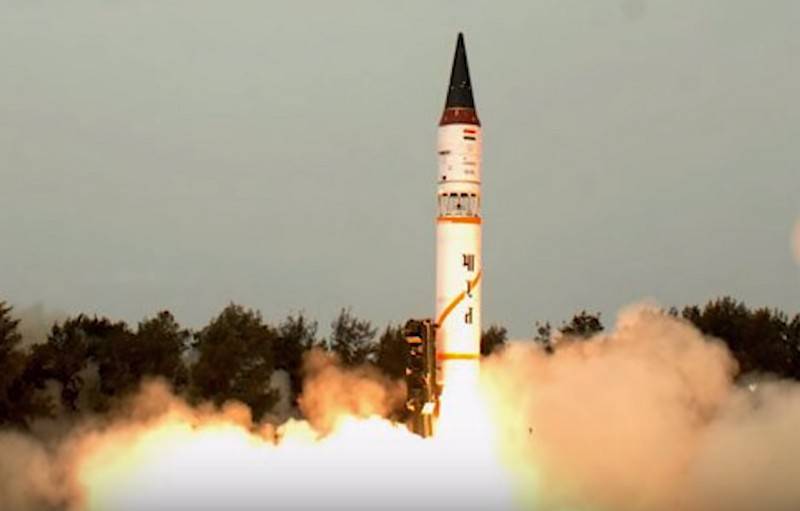 In India, they tested an Agni-II medium-range ballistic missile ("Agni-2"). A successful launch was made on Saturday, according to the country's Strategic Forces Command.


According to published information, a missile capable of carrying a nuclear warhead was launched at a range of two thousand kilometers from a test site on the island of Abdul Kalam off the coast of the eastern state of Orissa for a target located in the Bay of Bengal. The tests were considered successful, the missile "with high accuracy" hit the training target, which is confirmed by the fixation data obtained from two ships tracking the launch in the area of ​​the fall of the warhead in the Bay of Bengal.

The launch was from a mobile launcher in 19: 32 local time. It was the first rocket launch in the evening.

The Strategic Forces Command stated that the tests confirmed the characteristics of the rocket. Agni-II is capable of carrying payloads weighing up to 1 tons. The mass of the rocket itself is about 17 tons. Agni II is equipped with a modern navigation system and a "unique control system" that can control, including fuel consumption.

We are in Yandex Zen
India successfully tested the Agni-3 ballistic missile
For the second time this week, India conducted tests of an Agni class ballistic missile capable of carrying a nuclear weapon.
30 comments
Information
Dear reader, to leave comments on the publication, you must to register.