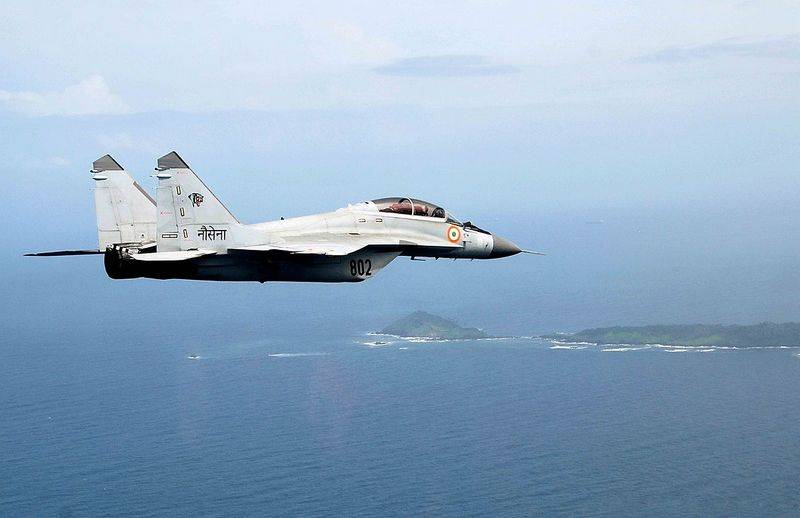 Indian naval forces lost another plane. According to the representative of the Indian Navy, Vivek Madhwal, the MiG-29 ship fighter, performing a training flight, suffered a disaster.

The MiG-29K Indian Navy fighter crashed in Goa during a training flight. According to the Navy, a preliminary cause of the fall was the ignition of the engine after a bird got into it. Both fighter pilots ejected, their further fate is not reported. The plane took off from the INS Hansa air base in Dabolim.

During the training flight, the engine of the MiG-29K training aircraft took off, taking off from the INS Hansa air base in Dabolim
- the official statement says.


According to a spokesman for the Indian Navy, the plane crashed in an “open and safe” territory, which helped to avoid destruction and casualties on the ground. Since the flight was training, the plane took off without ammunition.

Upon the fact of the fall, a special commission will be created, which will establish all the circumstances of the incident.