The British "Spear" against C-300 and C-400. How are MBDA expectations for SPEAR-3 / EW rockets reinforced? 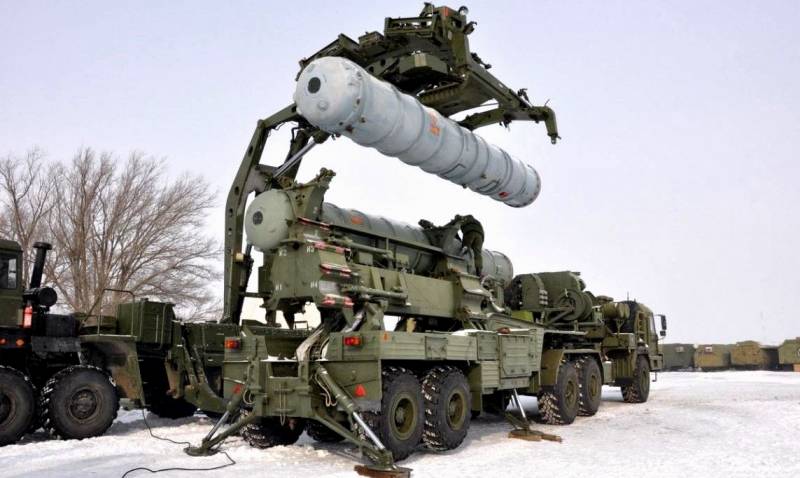 As we all know, for a long period of time, Western European and American media, as well as highly specialized military-analytical portals skillfully misled the general public of observers, pathetically cultivating the opinion about the ability of strategic CR U / RGM-109E “Tomahawk Block IV” and AGM-158B JASSM-ER hardly noticeable long-range tactical cruise missiles “break through” echeloned anti-missile “umbrellas” formed not only by the obsolete S-125, S-200V / D and Cube air defense systems, but also by more modern SAM systems of the C-300PS / PM2, Buk-M1 / 2 families and the Pantsir-S1 air defense systems.

Nevertheless, in the early morning of April 14 of 2018, during the massive missile attack of the United Navy and the Air Force of the Western coalition on strategically important objects of the Syrian army, the above castles of the American and British press were suddenly shaken. So, according to informed sources in the defense department and the Russian air forces, as well as the command of the Syrian Arab army, the mixed anti-aircraft missile brigades of the Syrian air defense forces (without fire support from the Russian C-300B4 in Tartus and C-400 near the Khmeimim Avb) were able to successfully intercept 68% (71 units) of the total outfit from the 105 strategic missiles Tomahawk, as well as the tactical cruise missiles JASSM-ER, SCALP-EG, SCALP Naval and Storm Shadow.

The result is simply stunning, especially considering the fact that the mixed anti-aircraft missile units participating in the reflection of the attack were far from the most advanced systems: S-125 Pechora-2M, S-200, Buk-M1 / M2E, Cube ”, as well as the Osa-AK self-propelled air defense systems and the Pantsir-S1 air defense missile systems, while the low-altitude flight trajectories of more than half (55-60) of the above cruise missiles extended through the Antilivan mountain ranges, outside the observation sectors of ground-based radar 9С18М1-3 detectors "Coop ol ", 9С36 illumination radars of Buk-M2E and JY-27 DRLO radars.

It is obvious that such a high efficiency of the Syrian anti-aircraft missile systems in the morning of April 14 of the 2018 of the year was due to the fact that most of the anti-aircraft missile divisions and regiments were aggregated into a single network-centric air defense missile defense network, the main link of which was the automated control system "Glade-Д4М1". It is Polyana, which tactically correctly distributes targets between the numerous Pechor-2M, Bukov-M2E and Pantsire-S1 anti-aircraft missile divisions, is equipped with a tactical information exchange terminal with A-50U AWACS aircraft, and therefore could receive target designation with the coordinates of the low-altitude TFR Tomahawk and tactical missiles JASSM-ER, hiding behind the folds of the terrain. This technological feature has become the main factor in reducing the reaction time of the ZRND and increasing the efficiency of interception at the time of the launch of enemy cruise missiles due to the radio horizon.

The result of these interceptions was the fall of the surviving avionics of the avionics avionics (inertial navigation system, optoelectronic correlation IR sensor and other modules abounding in critical technologies) of the American stealth AGM-158B cruise missiles at the disposal of specialists of the FSBI Central Military Research Institute for Military Aviation, Defense Ministry of Russia.

It would seem that the above events should have had a sobering effect on Western journalists. news and military analytical platforms and representatives of military-industrial corporations, forcing them to more carefully assess the anti-missile capabilities of Russian anti-aircraft missile systems, as well as control systems for mixed anti-aircraft missile brigades. Nevertheless, the tradition of high-profile and pretentious PR campaigns again prevailed over common sense.

In particular, back in the 2012 year, the British press published the first information about the development of conceptual designs for promising small-sized tactical missiles SPEAR-3 and its electronic warfare SPEAR-EW ("Electronic Warfare"), designed to integrate multi-functional tactical fighters EF- into avionics 2000 Typhoon and F-35B STOVL. In March 2016, a full-fledged contract was signed between the UK defense department and the British division of MBDA Corporation to develop a modification of SPEAR-EW, refine its on-board electronic equipment and manufacture a pre-production batch of missiles. To date, the SPEAR-EW development project is rapidly approaching the stage of full-scale and shooting tests with the final acquisition of operational combat readiness.

Despite the fact that the British media have already dubbed the SPEAR-3 multipurpose tactical missile and its electronic warfare version "Pantsirey-C1 and S-400 killers", their flight performance, electrodynamic characteristics, and infrared signature are hardly allow her to be included in the list of hunters on the "Buki-M2" and "Tora-M1". Being a conceptual and constructive hybrid of the American high-precision gliding UAB GBU-53B (SDB II) and multi-purpose tactical short-range missiles JAGM and Brimstone 2, the SPEAR-3 tactical missile will retain their weight and dimensions (length - 1800 mm, body diameter 178-180 mm and a mass of about 100 kg), but it will be equipped with an in-vessel turbofan engine "Pratt & Whitney" TJ-130, providing a flight range of 130-150 km when launched from ultra-low altitudes (without the need to rise into the stratosphere and gain transonic speed).

Meanwhile, the presence of a working turbofan engine will give the SPEAR-3 / EW missiles a certain infrared signature. At the terminal portion of the flight path, the infrared radiation from the TJ-130 jet jets can be easily detected even by the obsolete optical / electronic TV / infrared viewers of the Karat-2 range integrated into the architecture of the Pechora-125M S-2 guidance system, without saying already about the more advanced multispectral optical-electronic sighting systems 10ES1-E anti-aircraft missile and artillery systems “Shell-S1”.

As for the radar visibility of both versions of subsonic tactical missiles, taking into account the case diameter in 180 mm, the SPEAR-3 version has a multi-range GOS with an active radar sensor under the nose cowl, and the SPEAR-EW version has an aperture of an impressive number of integrated passive radio antenna intelligence and emitters of electronic interference, the indicator of the effective reflective surface can reach 0,02 — 0,03 square. m, which fits perfectly into the lower limit of the EPR of target targets by means of the S-300ПМ1 / 2, С-300В / В4, Buk-M3 and Carapace-С1 air defense systems, not to mention the promising C-350 Vityaz and C -500. As a result, in this case, the pathos public relations campaigns of the headquarters of the MBDA and the British media are practically not supported by anything, and the slow and low-maneuverable British SPEAR-3 / EW missiles can be considered as excellent target drones for our promising air defense systems.