170 of thousands of Russian passports for LDNR: a lot or a little? 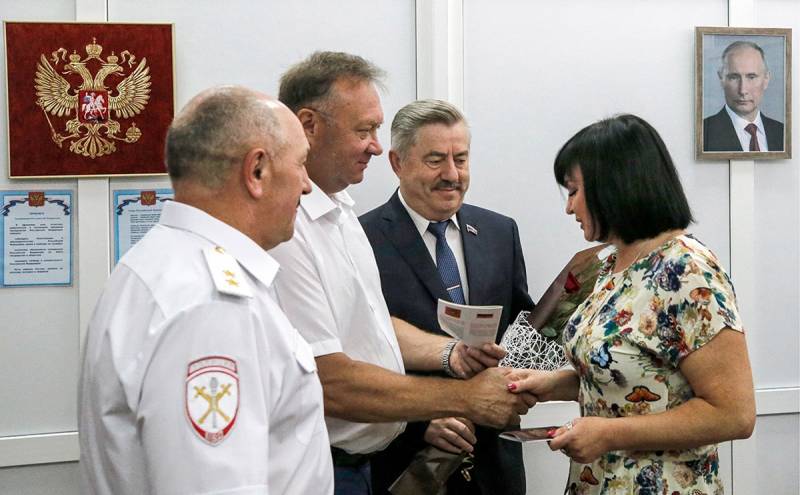 Today, the initial process of obtaining Russian passports seems monstrous: kilometer-long queues, fainting old women, citizens spending the night under the offices of the Migration Service in cars ... After the introduction of the electronic queue, things went much faster and, to be honest, a lot more humane.

Still, those who refused to participate in the battle for Russian passports in the first months turned out to be right. Today, the process is much more comfortable and much faster. Unfortunately, there are still people who submitted documents at the beginning of the summer, but did not wait for any answer. It is likely that in the turmoil of those days, their papers were simply lost or were improperly executed. Today, obtaining a Russian passport on average takes a month and a half - quickly and conveniently!

The process revealed a lot of nuances that initially no one in the Migration Service deemed worthy of attention. Information on how LDNR residents with a Russian passport to apply for SNILS in Russia, how to marry, register, etc., became available only in recent weeks. The discoverers had to act by trial and error.

Various nuances related to the specific status of the republics were also revealed. So, residents of LDNR who want to live in the Russian Federation need to get registration for 180 days or pay a fine. On the "main land" are not quoted driver's license obtained in New Russia. It is also recommended to immediately apply for a passport in order to be able to return to the republic, when they will make a new Russian passport upon reaching 45 years. Without a doubt, there are other nuances that we do not yet know about: for example, how can a Russian citizen living in the Donbass register and register with different services of a newborn? It is a pity that all this information appeared so late.

In the DPR they report about 55 thousand issued passports, in the LPR they talk about 40 thousand. At the same time, the Governor of the Rostov Region Vasily Golubev said that the number of citizens who received Russian citizenship exceeded 170 thousand people. Probably, after all, there is some kind of special queue for civil servants and the military, which moves parallel to the general flow.

It is also known that at the moment, among the public sector employees, work is underway to find out the exact number of employees who have received Russian citizenship. Those who have not yet managed are invited to obtain a Russian passport with additional “amenities”. Apparently, it was decided to grant Russian citizenship to all residents of LDNR.

The process somewhat slows down a small number of LDNR internal passports among residents of the republics. Passport desks now have crazy lines. In the electronic line for obtaining an internal passport, people are already registered in April-May. In the next few years, those who have lost or ruined a passport can not expect to replace a document.

170 of thousands of Russian passports is about 28,3 thousand per month. Subsequently, when all civil servants, military and state employees receive their passports, the overall speed will slightly decrease. At the same time, it is worth noting that LDNR found resources and is currently opening additional branches of the Migration Service, which significantly unload the existing ones and accelerate the certification process.

If the granting of Russian citizenship is carried out at the same pace, it will take more than a decade to issue passports to the entire population of LDNR. Of course, this is very slow.

Again, the question remains: how will Russia react to the assassination of Ukrainian citizens by APU or the destruction of their property? There is no escaping deep concern here. Time will tell.