Israeli business plastubsko sneaked into the oil fields of Syria

The other day, the Turkish newspaper Yeni Safak opened the veil of secrecy hanging over the oil fields of Syria. As it turned out, all rights to hundreds of oil wells in Rumelain, Essaouida, Kebeiba, Merked, Tishrin, Al Jebse, Shedadi, Al Omar, Al Tanaka, Koniko, Al Jeffre and Deiro were transferred to the Israeli company Global Development Corporation ( GDC).

For the first time, information about this deal flashed in the Los Angeles Times in the early summer. It was reported that a Kurdish official was in talks with an Israeli company to transfer her rights to operate oil fields controlled by the Kurdistan People’s Defense Forces (YPG) and subsequently sell the produced oil.

In an interview with the İsrael Hayom, an Israeli businessman Mordechai Khan confirmed an agreement between the Kurds and his company. Hana did this with great pathos. “The Syrian Democratic Forces currently controls 11 oil areas. This region contains most of the Syrian oil. “I do not want,” the businessman said to his compatriots, “that this oil should go to Iran or the Assad regime.” When the Trump administration gives the green light, we will begin to export this oil at fair prices and use it to build and defend democratic Syria. ”

In other words, in July, when Hana “lit up” the deal, US President Donald Trump had not yet approved it. By this time, by the way, the United States controlled 27,6% of Syrian territory. The largest region of American possessions here was the Kurdish canton of Rodzhava, the area of ​​Manbij on the west bank of the Euphrates and oil fields in the desert east of this river.

Trump for a long time talked about the final withdrawal of American troops from Syria (several thousand commandos, reconnaissance and gunners), then fell silent. He began to part with conflicting statements. In the end, he announced the final decision: to leave part of the US military in Syria in order to maintain control of oil fields.

This Trump told reporters on November 2 on the South Lawn of the White House before flying to Mississippi. “We left the soldier because we are saving oil,” Trump confirmed the recent message from the Pentagon chief. - Others can patrol the border in Syria ... Let them deal with the border! We do not want to do this, we want to return our soldiers to their homeland. "

For the first time, US Secretary of Defense Mark Esper announced a change in the American position on the withdrawal of troops from Syria at the end of October at a specially convened press conference. “We have begun deploying, redeploying additional forces to Deir ez-Zor,” Esper told media representatives. - These are mechanized units and other troops (Turkish Anadolu agency reported the transfer of troops, armored vehicles, heavy weapons to the 300 province), and this will continue until we decide: we have enough capabilities to guarantee - IS (terrorist organization banned in Russia “Islamic State”) and other destabilizing forces will not gain access to this oil facility. ”

Esper warned: The United States, with the prevailing military force, will respond to any group that "threatens the security of our forces there." 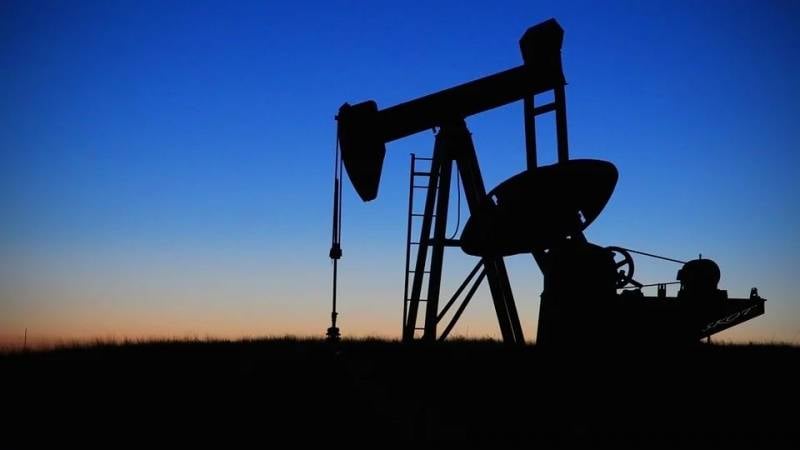 “At a fair price”

Pentagon spokesman Jonathan Hoffman added to the chief’s words that American companies will develop oil fields in northeastern Syria and the Kurdish Syrian Democratic Forces will receive oil revenues. Hoffman modestly kept silent about the fact that in the opening project there are other interested parties like the Israeli GDC.

Meanwhile, Yeni Safak provides interesting details. It turns out that the Israeli company GDC, without waiting for Trump to approve her deal with the Kurds, began working on the oil fields of Syria - back in June. The current production of crude oil is now about 125 thousand barrels per day. In the future, they want to bring it to 400 thousand barrels. The price per metric ton (it is equal to seven barrels) varies in the range of 160-240 US dollars, or 22-35 dollars per barrel.

Very familiar numbers. I remember that at the beginning of the Syrian crisis, when terrorists from the Islamic Republic landed on oil fields, oil went to Turkey at that price for tankers. Then, as the media testified, the Erdogan family traded it. Now Turkey is cut off from oil fields by a narrow border corridor, where it pushes the Kurds out of its territory. And the oil caravans have no choice but to turn south through Iraq to Jordan and Israel. This route is completely controlled by the US military.

When international law is not for everyone

The Russian Foreign Ministry sharply condemned the decision of the Americans to leave their military in the oil fields of Syria. Minister Lavrov called Washington’s actions contrary to international law and recalled: “The US and members of the US-led coalition are illegally in Syria, contrary to the position of the legitimate government of the SAR.” There are no legal rights to the oil fields of Deir ez-Zor and the Kurds. Their ancestral territories are located much north of the fields, from which the Israeli GDC is pumping oil, so no one will allow Kurds to linger on the oil fields of Zaevfraty. References to Iran and Assad will not help, as Mordechai Khan did.

Today, there is an active dialogue among the Syrians about the constitutional reorganization of the country. There will be no place in the new model of national accord to Bashar al-Assad. At least, most experts are inclined to this. But it will take billions of dollars to restore the country destroyed by the war. They can also be taken from the oil fields, where the Israeli company Global Development Corporation operates today.

The situation is somewhat reminiscent of the events on the Syrian Golan Heights occupied by Israel during the Six Day War of the 1967 year. The UN Security Council then recognized this territory as Syrian. However, Damascus failed to return the Golan to its jurisdiction. It seems that a similar prospect awaits the Syrian Zaevfratye. Now it has revealed the true goals of the participation of the Western coalition in the Syrian civil conflict. As it turned out, the United States and its allies decided to enrich themselves at the expense of the resources of the war-weary country. Whether their world community will stop is not yet clear.

On Thursday at the UN Security Council, Russia called on the United States to return the oil fields to Syria, but was not heard. The world has no other measures of influence (except calls to comply with international law) on the United States that have rolled down to "international state banditry" (according to the official representative of the Russian Defense Ministry General Konashenkov) ...

Ctrl Enter
Noticed oshЫbku Highlight text and press. Ctrl + Enter
We are
Rozhava - the land of the Soviets. How do Syrian Kurds fight and build a new world?Turkey against the Kurds. Is there a new phase of conflict ahead?
190 comments
Information
Dear reader, to leave comments on the publication, you must to register.