Why did Russia send troops to Syria? American answer 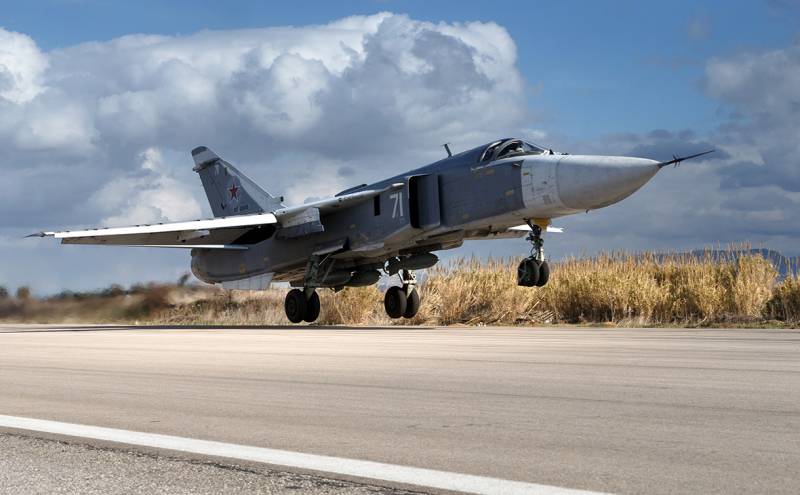 The reasons for the Russian military operation in Syria are still very interested in American military analysts. Indeed, for the first time after the war in Afghanistan, Russia took such a large-scale participation in hostilities outside the post-Soviet space. And this should have its own explanations.

A unique set of circumstances

On October 2, on October 2019, the American research center RAND Corporation, which, among other things, studies the political situation in other countries of the world, published an impressive report, “Understanding Russian Intervention in Syria.” Its authors are analysts Sam Charap, Elina Treiger and Edward Geist.

Russia decided to intervene in the civil war in Syria in the 2015 year. Moscow immediately identified a clear position - support for the current legitimate Syrian President Bashar al-Assad, whose position at that time was threatened by the intensified actions of the anti-government opposition and terrorist groups (which is largely the same thing).

Naturally, the very fact of Russia's participation in the war far beyond the borders of the former Soviet Union caused a lot of questions and concerns in the West, especially in the USA. After all, Syria is not Transnistria and Abkhazia, not Donbass or Tajikistan. But Moscow decided to go to war in a distant state and has been participating in it for four years. Accordingly, a number of American experts believe that Russia may resort to a similar model of behavior in other military-political conflicts in Eurasia and even in Africa.

However, RAND Corporation experts in their analytical report argue that the introduction of troops into Syria in 2015 was made possible due to a unique combination of circumstances. Recall what the situation was like in the world in 2015. Crimea and Sevastopol have just reunited with the Russian Federation, an armed conflict has blazed in the Donbass, economic sanctions have been introduced against Russia. In the Middle East, shortly before this, a series of Arab revolutions took place, as a result of which the relatively friendly Moscow regime of Muammar Gaddafi in Libya fell, and civil wars began in Yemen and Syria itself.

The main political factor that played a major role in the decision to send troops was the belief in the near collapse of the Bashar al-Assad regime, if not to intervene. Moscow was convinced that without Russian intervention, Assad would inevitably suffer the fate of Gaddafi and Saddam Hussein.

But, unlike them, Assad really was and remains a true ally of Russia. The last Russian at that time Russian naval base in the Mediterranean operated in Syria, Syria had very good trade and military-technical relations with Russia. For Moscow, losing such an ally meant only one thing - the Middle East would be lost. 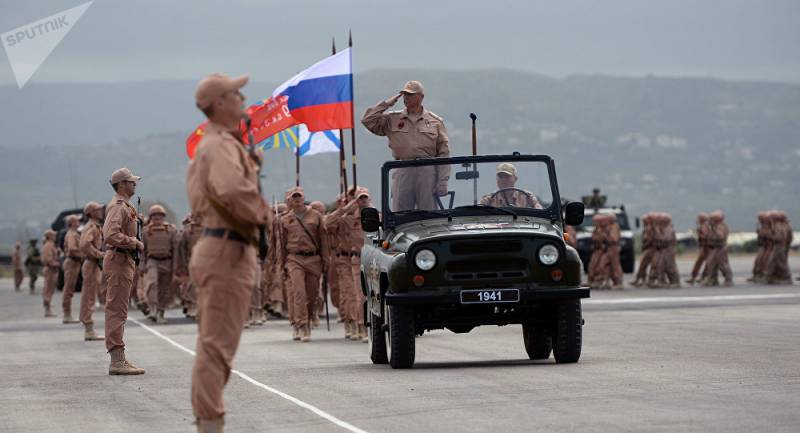 As the Russian leadership came to the conclusion that it was impossible to resolve the Syrian conflict by diplomatic methods, it began to lean toward the idea of ​​a military operation in Syria. In other words, it was decided to save Bashar al-Assad and the Russian-friendly regime. Indeed, in the event of the overthrow of Assad, Russia's position in the Middle East would finally weaken.

Secondly, Russia saw significant geopolitical risks in the Syrian conflict. There is no denying the terrorist threat, which has increased many times since the start of hostilities in Syria. A large number of fighters from the North Caucasus, from Central Asia fought on the side of the terrorist groups, so there was no doubt that if they were not eliminated on Syrian territory, they would penetrate into Russia and would pose a threat to national security right here and now.

Politically advantageous and convenient from a military point of view

For the military operation in Syria, Russia had the necessary conditions. So, in Syria, there was a Russian naval base (logistics point), consent was given to the use of a military air base. Armed forces concentrated in southern Russia, in principle, had the resources and capabilities to participate in hostilities in Syria.

An important role was played by the fact that the main burden of hostilities on earth was assumed by the allies - the Syrian government troops and Shiite formations controlled by Iran. It was they who became the "infantry" of the Syrian civil war, saving Russia from the need to send significant military contingents of the ground forces to Syria. That is, Russia has reserved aviation escort, missile attacks on the bases of militants, special operations and the activities of the military police.

American analysts are convinced that in any other country that was in a similar situation, for example, in Afghanistan or Yemen, as well as in Libya, conditions did not exist that would facilitate the entry of Russian troops. Therefore, Moscow did not begin to intervene in the Libyan or Yemeni conflicts. As for the conflict in Afghanistan, which is full of serious risks for Russia, including the same terrorist threat and the destabilization of the situation in the Central Asian republics of the former USSR, Moscow still prefers not to intervene in it.

Nevertheless, American experts believe that the absence of a Russian military presence in other warring countries of the East is due to the fact that, firstly, the situations in them did not reach the degree of tension that was in Syria, and secondly, political and military circumstances did not work out properly.

However, the Americans do not exclude the possibility that if the situation in Afghanistan is so aggravated that it directly threatens Russian interests in the region and the national security of the Russian state, Moscow will have no other way to influence it except to start a military operation according to the Syrian scenario.

As for interference in conflicts in Libya or Yemen, then, if it takes place, it will follow a more sparing scenario than in Syria. In Libya, there is still oil and Russia's geopolitical interests, since it is the southern coast of the Mediterranean Sea, "looking" at the south of Europe, but Yemen is of less interest.

Therefore, Russia also distances itself from the Yemeni conflict, in contrast to the same Iran, which, being a religious Shiite state, is forced to support fellow believers - Yemeni Shiites - against their opponents, supported, in turn, by Saudi Arabia and the United Arab Emirates. 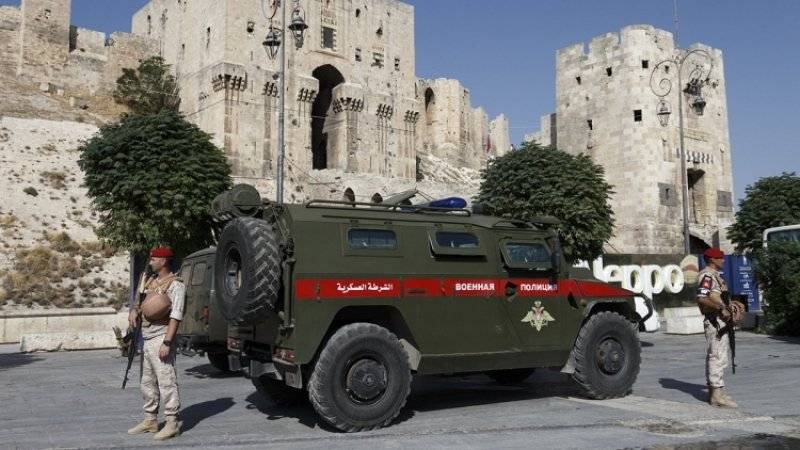 Nevertheless, American experts summarize their report with two main and very clear conclusions. First, the United States must understand that Russia will no longer refrain from protecting its national interests outside the post-Soviet space. And, as shown by the example of the Syrian war, Moscow, if necessary, is also ready for armed intervention, for the participation of its troops in hostilities in the territories of other states.

Secondly, the American army should be prepared for the fact that Russian troops will be present in all the "hot spots" in the Middle East, North Africa and other regions of the planet. Although their number will not be large, but the Russian military will unambiguously indicate its presence, especially in those countries for which Moscow has political or economic plans.

Consequences of the Syrian operation

We see what serious consequences for Russia led to participation in hostilities in Syria. Four years of the Russian military operation completely reversed the political alignment in the Middle East. Russia, which at that time did not possess even a fraction of the influence that it has now, quickly broke into Middle Eastern politics and made the whole world reckon with itself, turned into the most important arbiter, to which various parties are listening today: both Syria and the Kurds, and moderate opposition, and Iran, and Turkey, and Saudi Arabia, and even Israel.

Against this background, the former “aces” of world politics fade, especially the EU countries, whose participation in resolving the Syrian conflict has been minimized. But the United States, having withdrawn its troops from Syria and having achieved nothing in this country, also demonstrated its powerlessness, inability not only to reconcile the conflicting parties, but even to defend the interests of its own allies - the Syrian Kurds, whom the American army had been preparing and arming for years.

If we compare the positions of Russia in the Middle East before and after the Syrian operation, we can see how much the position of our country has strengthened and how serious it has become in the field of Middle Eastern politics. And now we are talking not only about political and military consequences, such as the emergence of new military facilities in the region strategically important for Russia, but also about direct economic benefits. 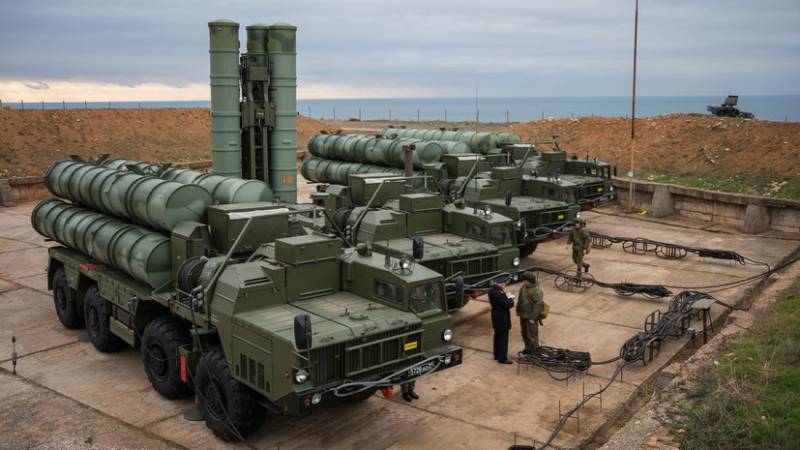 After all, the same C-400 sold to Turkey is money. Contracts with Saudi Arabia are money. Russia receives exceptional conditions for the reconstruction of the Syrian infrastructure destroyed during the war, and this is a huge field of activity for Russian investors, construction and transport companies.

It is no accident that worried critics of Donald Trump in the ranks of the US Democratic Party exclaim that mistakes in the foreign policy of the American state have led to the fact that Russia's positions have strengthened even compared to the period of the Cold War. Then, at least, there was a clear division - here are the allies of the United States, and here are "countries of a socialist orientation" collaborating with Moscow. Now Damascus, Tehran, Ankara, and Riyadh - all the strongest and most influential regional players are cooperating with Moscow. 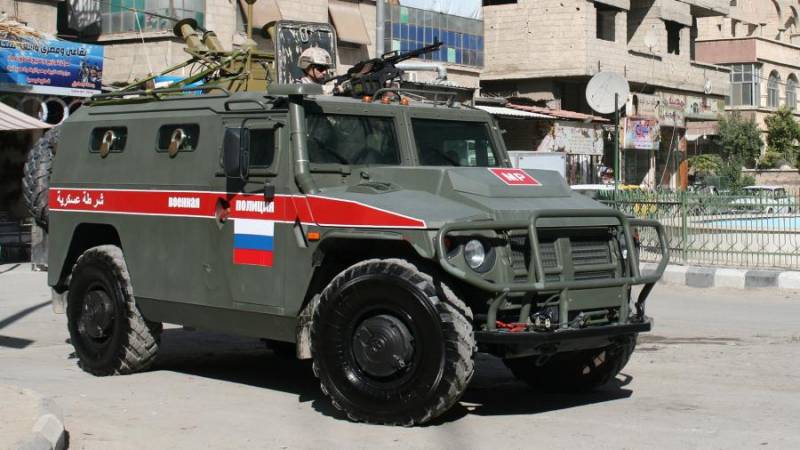 That is, participation in the hostilities in Syria turned out to be numerous political victories for Russia. Turkey was almost divorced from the United States and defiantly acquired the Russian C-400, despite Washington's hysteria. The United Arab Emirates and Saudi Arabia, who previously were completely in the orbit of American influence, turned to face Russia.

After Washington’s betrayal, Russia remained the only guarantor of security and the Syrian Kurds, who were previously considered the most important allies of American troops in northern Syria. And this is another important victory for Russia, and even more image-building.

Therefore, one should not consider American fears about the growing influence of Russia in the Middle East and the tendency to intervene in armed conflicts outside the post-Soviet space to be groundless. Washington’s growing and very wary interest in Moscow’s actions just shows that Russia is doing everything right and is gaining more and more military and political weight on a global scale. Of course, the Americans cannot like this situation.