10 warplanes that changed the world. Continuation

Continue talking about planes that changed the war in the air and on land. In the first part, we examined the aircraft of the first half of the 20 century, now, of course, the turn for the second.


In the second part we will consider (attention!) Airplanes that had a real impact on the conduct of hostilities. I ask you to take this into account, all of these F-22, F-35, J-20 and Su-57 WILL NOT!

The aircraft of the so-called fifth generation have not yet managed to contribute anything to the tactics and strategy of warfare, except for their existence. Yes, they are, but that's all for now. Something there F-35 in Syria tried to fight in the Israeli Air Force, the rest just exist, nothing more.

Are we talking about real aircraft and real contribution to development?

F-86 battled MiG-15 over North Korea in the first stories air battles of jet aircraft. It was here that the tactics of using jet aircraft, fighters and interceptors was born. 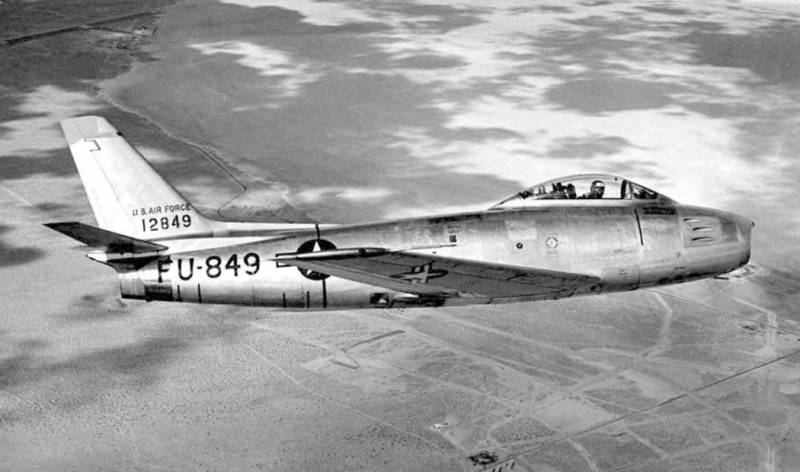 In general, as if the air war in Korea was so far from the ground war, we can say that it looks like the first battles of the First World War, when the military simply began to realize that there is an airplane and how to use it.

About the same thing happened in these confrontations. The troops on earth solved their tasks, the pilots in the sky. But by the way, the Americans were able to conclude that the Superfortresses that terrorized Tokyo in the 1945 year after five years became easy prey in the 1950 year and were forced to switch to night bombing when the MiG-15 were much less dangerous.

You might also think about what the Me-29 could have done with B-262, the appearance of "Super Fortresses" over Germany.

And our couple in the sky above the Korean training ground worked on the tactics of intercepting high-speed targets and counteracting jet fighters.

In this regard, these aircraft occupy a very worthy place in the history of the military aviation. 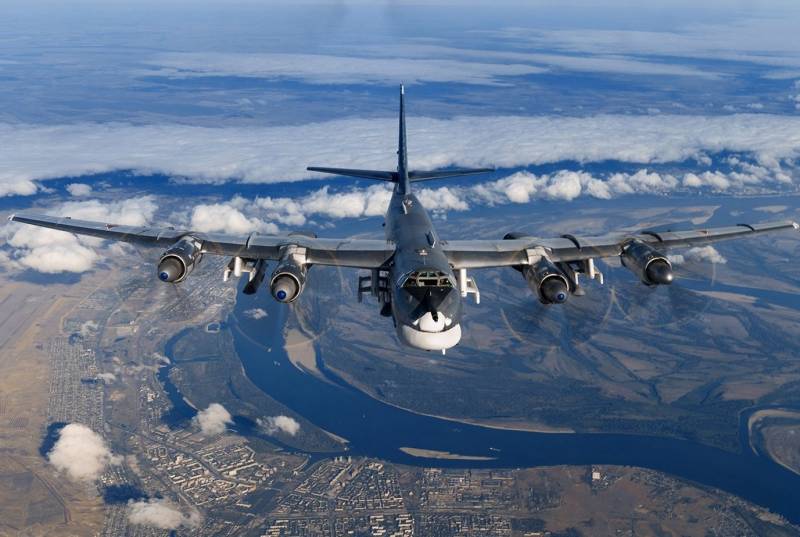 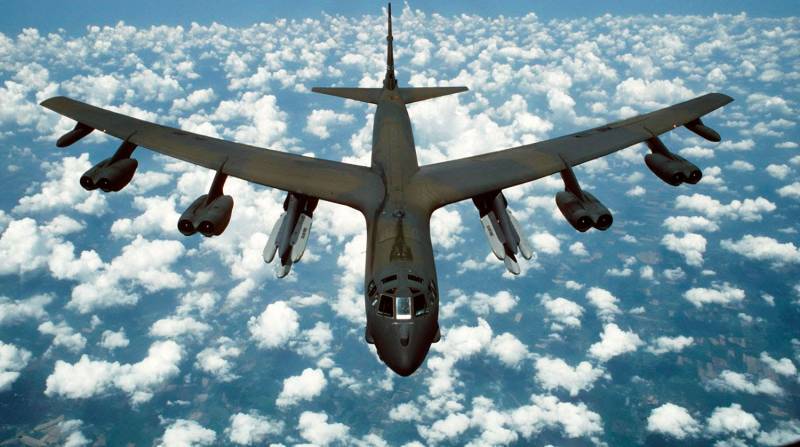 The essence of these monsters is the same - to bring death in both the conventional and nuclear formats. It was the mass production of these aircraft that prompted many states to radically revise their air defense systems and defensive capabilities.

Of course, at the beginning of the 50 of the last century, these aircraft looked terrifying weapon punishment or retaliation.

Yes, many will not agree that the Tu-95 is a turboprop and it’s not quite appropriate for him to be here. However, T-95 missiles against B-52 bombs - it's hard to say who will be easier.

Yes, B-52 fought heartily. In any conflict where the United States loomed, B-52 immediately flew in and "brought about democracy." Tu-95 gunpowder sniffed only in the 2015 year in Syria. And thank God, I never saw nuclear charges at all.

But these aircraft played a very significant role in world aviation history.

The most common supersonic aircraft in history. In the process of mass production, it was repeatedly modernized and turned into an interceptor or scout. It was used in many armed conflicts by many countries of the world. 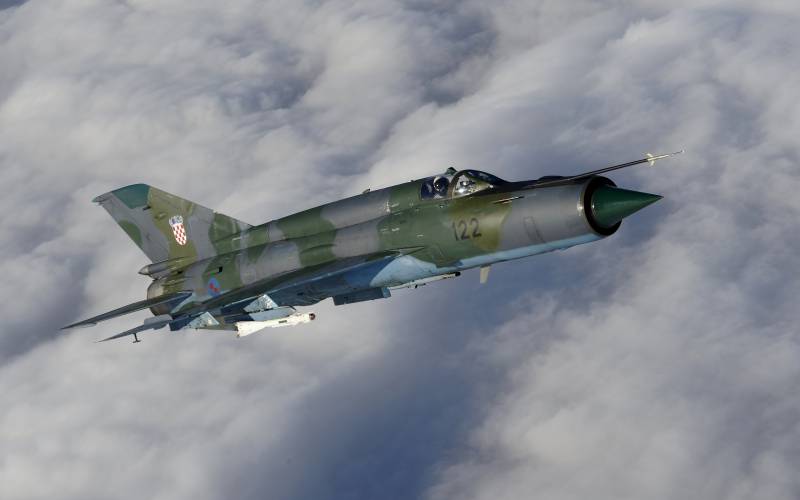 The MiG-21 became a serious adversary for the McDonnell Douglas F-4 Phantom II during the Vietnam War. The United States was even forced to start a program for testing air battle tactics with the MiG-21, the role of which in the development was played by Northrop F-5.

Mig-21 is “guilty” of returning cannon weapons to aircraft. It was the use of the MIG-21 early series, without guns, with only missiles, that showed the fallacy of this practice. By the way, the opponent of 21, Phantom, had the same problems.

The MiG-21 was in service and was used by the Air Force in more than 65 countries. The results of the application were different, where the pilots could use such a plane, everything was beautiful and impressive (India, for example), where the quality of the pilots left much to be desired (Arab-Israeli wars), there was nothing to brag about, although even in Arab hands the MiG-21 was a weapon .

The program of "indestructible" aircraft for long-range strategic intelligence. The idea was very interesting, to focus on speed, altitude and maneuver, to make the aircraft unattainable for any of the methods of struggle in principle. 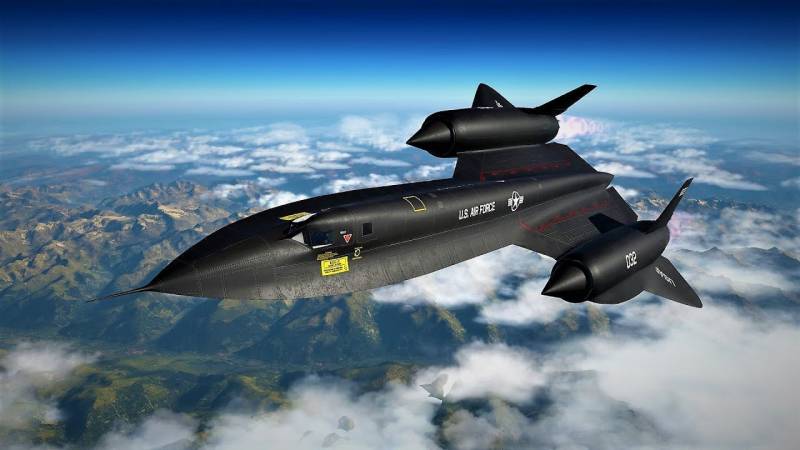 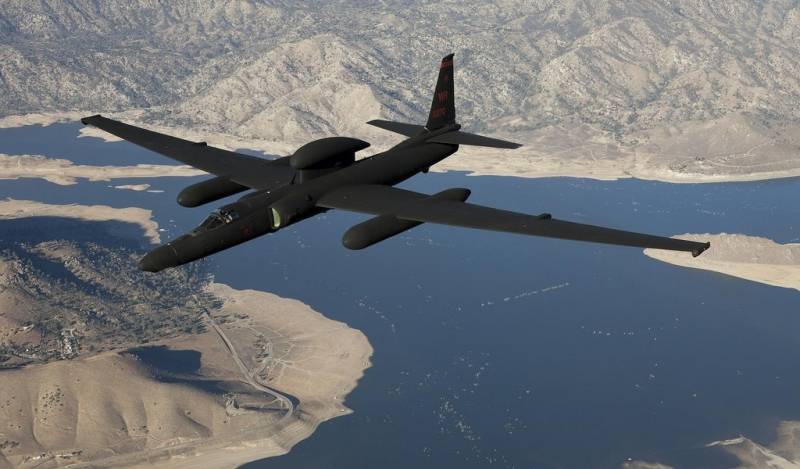 The aircraft were designed to operate at altitudes above 20 km, that is, in fact, in the stratosphere. The altitude at which normal interception is impossible in principle was supposed to protect the aircraft in reconnaissance flights.

In the case of the SR-71, it turned out that the plane went to its well-deserved rest in the 1998 year without delivering the joy of victory to the opponents. With U-2 this did not work, at least 6 “non-crashed” aircraft were shot down by Soviet S-75 air defense systems, and how many died in accidents ...

However, the scouts made their contribution. But this will be discussed below.

Actually, the answer to B-1, U-2 and other tricks. Interceptors, which still hold some records of speed and altitude and capable of shooting down everything that flies into the affected area. 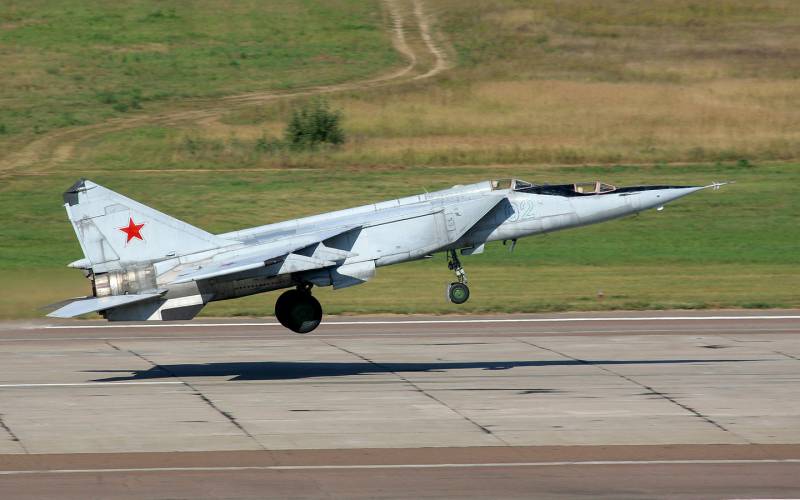 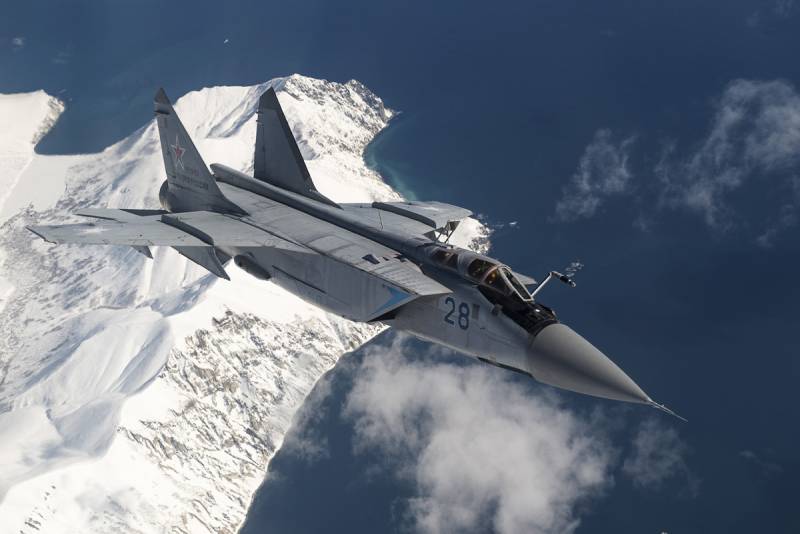 The fact that all over the world no one has created anything like this, speak not so much about a certain narrow specialization, but about the limited capabilities of design schools.

One can argue, but the defensive doctrine of our country should be supported by such aircraft as well.

Attack aircraft, aircraft direct support troops. He fought, perhaps, in all conceivable conflicts, starting with Afghanistan and ending with Syria. Heir and successor of the IL-2. 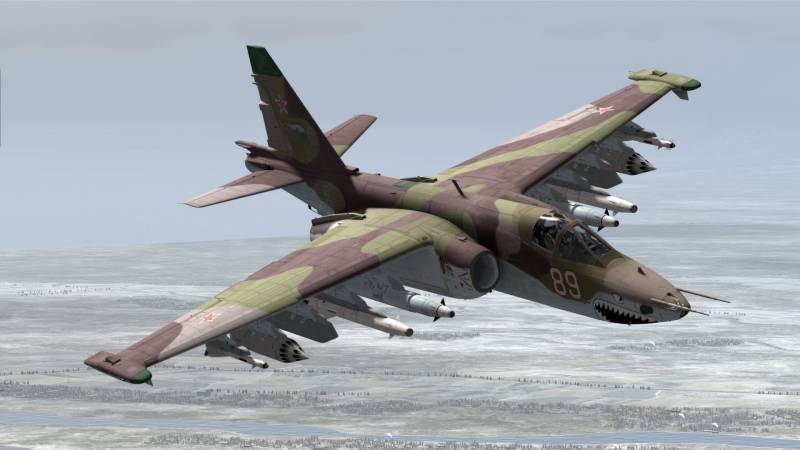 Today, there is full talk that the Su-34 and helicopters may well replace the Su-25 during combat operations. However, the plane played its role in history, but how! It was the Su-25 that forced many countries to come to grips with, if not the development and production of small-caliber anti-aircraft artillery, then at least its purchase. 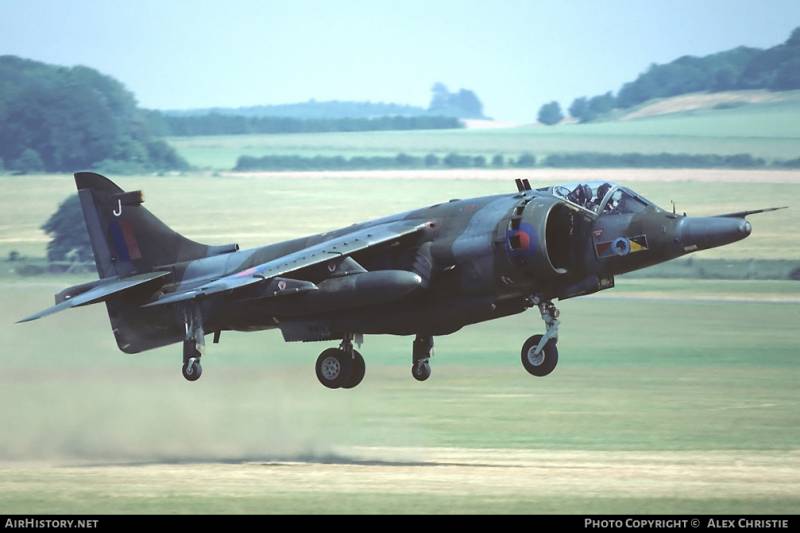 Yes, these aircraft have not received such wide distribution, but work on the family does not stop today.

VTOL aircraft are expensive and not for everyone in technology.

What can be said about this plane? It is produced, it is sold and bought, it is in the arsenal of many countries and is successfully used in conflicts. 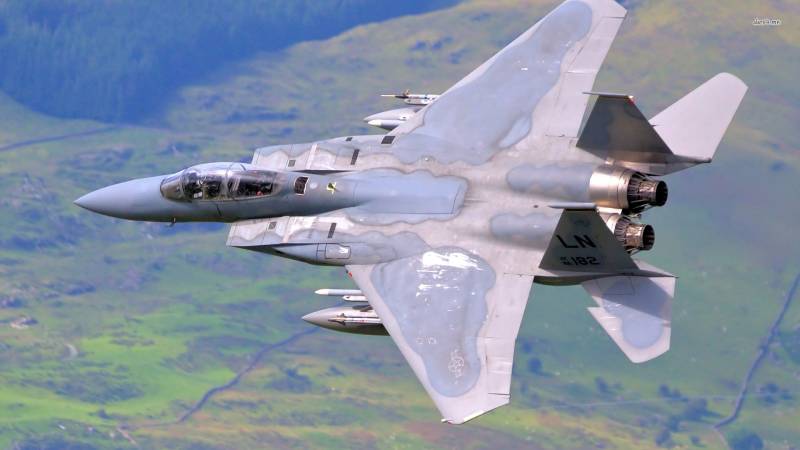 This is a very successful and solid project, perfectly implemented. Having taken its place in the market.

However, the main merit of F-15 is that its very presence in the United States and its allies organized a new round of the arms race and provoked the appearance of an aircraft, which was supposed to become an "orb killer."

The result of the good work of Douglas. If the Americans had not made the F-15, then there would have been no need for the Su-27. 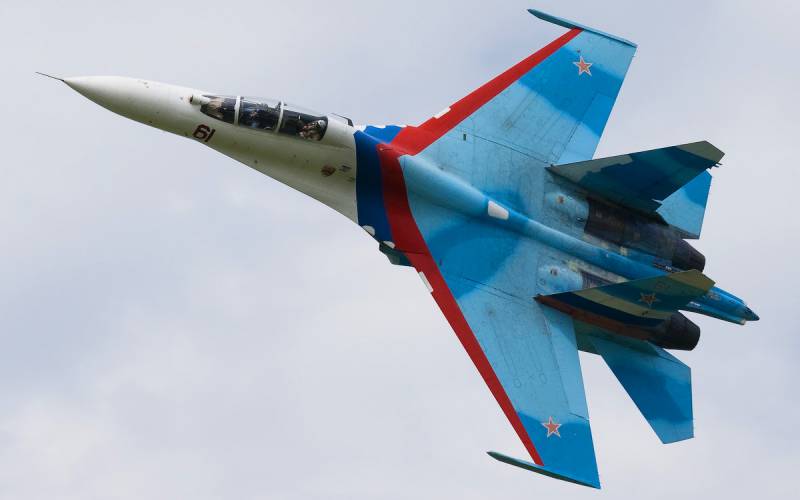 As a result, Sukhoi Design Bureau designed and built an aircraft that not only turned out to be a good fighter, but also became the progenitor of today's modern aircraft. The Su-33 carrier-based fighter, the Su-30, Su-27M, Su-35 multipurpose fighters, and the Su-34 front-line bomber are direct and highly successful descendants of the Su-27.

It turned out a little more than ten aircraft. But the way it is, the development of aviation is going on and is not going to stop.

So we got our rating in two parts, and as predicted, it was slightly different from the American one.

And really, why should everything coincide?

Maybe, of course, I'm wrong, but, in my opinion, those planes that really became some milestones in history were included in the list. Because they were successful, they worked in their specialty and really brought something like that.

What about the F-117 and F-22? That's just what they dishonored. Projects gobbled up mountains of money, and at the exit all the same F-15 and F-16, which carry the main load in the US Air Force.

Similarly, Typhoons and Tornadoes, Mirages and Griffins, SAAB and some MiGs and Su were overboard. Yes, these are good planes, but they are just good planes. Nothing so epochal.

It is very difficult to make a normal review, there are almost as many opinions as those who read off-diagonal, but here, in fact, this is the situation.

Nothing supernatural. Yes, there are a lot of Soviet aircraft, but what to do is not the matter of patriotism, but the fact that our school of aircraft designers was really the best. Is it possible to drop at least one of the aircraft from the list?

Author:
Roman Skomorokhov
Articles from this series:
10 planes that changed the war in the air. Opinion of "Military Review"

Ctrl Enter
Noticed oshЫbku Highlight text and press. Ctrl + Enter
We are
An-12 in AfghanistanMiG-21 in Afghanistan
158 comments
Information
Dear reader, to leave comments on the publication, you must to register.