Russian Navy intends to arm itself with combat icebreakers 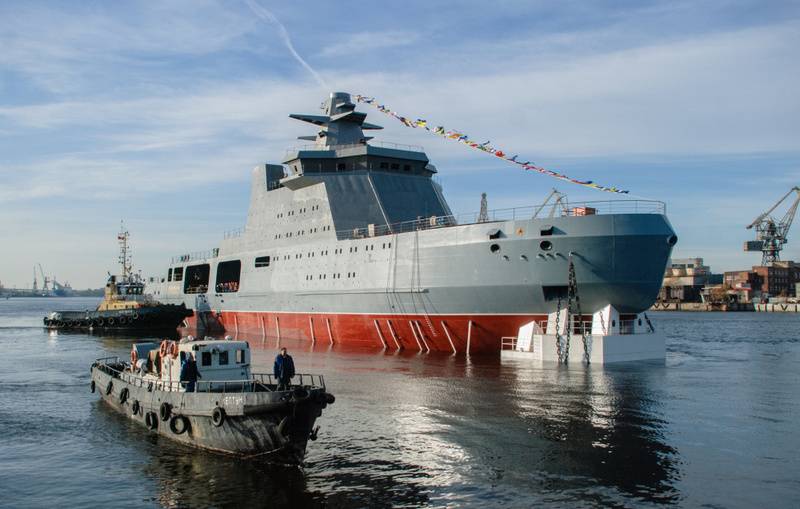 The Russian Navy intends to use combat icebreakers in the Arctic in the future, the number of weapons on board will depend on the areas of use. This was stated by Advisor to the General Director of the Krylovsk State Scientific Center Valery Polyakov.

These will be icebreakers and icebreaking ships, that is, ships capable of moving at a sufficient speed in a continuous ice cover of a certain thickness. In fact, it will be armed icebreakers
- he said.

The Russian fleet intends to use armed icebreakers and icebreaking ships in the Arctic. The number of weapons on board such icebreakers will depend on the thickness of the ice in the areas where they will be used. The ratio of the number of weapons to the ability to pass ice jams of each particular type of icebreaker will depend on the specific areas of its use. Those. where the ice is thinner - there icebreakers will get more weapons, where it is supposed to work in "heavy" ice - there, accordingly, there will be less weapons.

Plans for the construction of combat icebreakers for the Russian Navy are available.

Earlier it was reported that the lead ice class patrol ship of the 23550 project "Ivan Papanin" was launched in St. Petersburg. The second ship of the series will be laid before the end of this year or early next.

Project 23550 ice-class patrol ships (combat icebreakers) were developed by the Almaz Central Marine Design Bureau (TsMKB) as a replacement for project 21180 military icebreakers, on which it was built and transferred the fleet just one icebreaker - Ilya Muromets.

The ship is armed with automatic AK-176MA artillery. In addition, one multi-purpose helicopter will be based on the ship.
Ctrl Enter

We are in Yandex Zen
Laid the keel of the first Soviet-era icebreaker with a capacity of 25 megawatts
December 2010 years. Russian March. Senseless and merciless? Notes not a Russian person
44 comments
Information
Dear reader, to leave comments on the publication, you must to register.