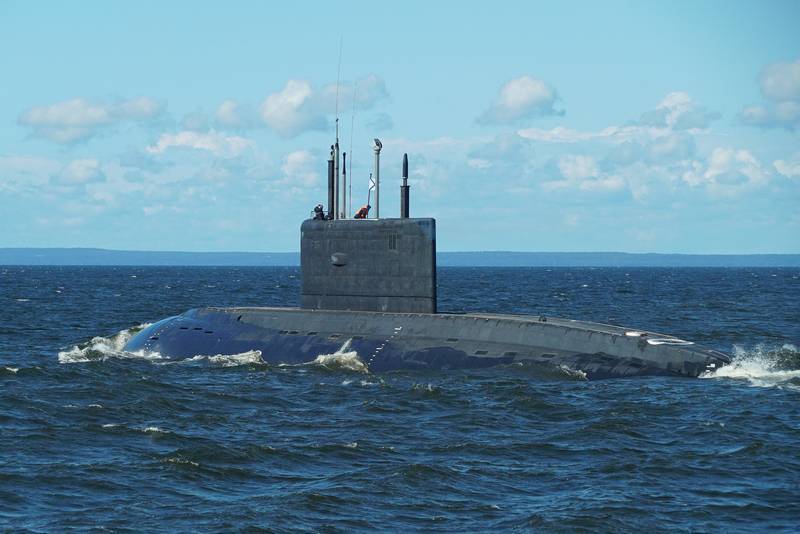 third fleet, after the Black Sea and the Pacific, which can get a series of non-nuclear submarines, the Baltic can become. This was reported by TASS with reference to two sources in the shipbuilding industry.


According to the agency, the Navy Commander is currently discussing the construction of a series of diesel-electric submarines of the 636.3 Varshavyanka project for the Baltic Fleet. Thus, the Baltic Fleet may become the third after the Black Sea and Pacific Fleets, which received non-nuclear submarines with Caliber cruise missiles or their analogues.

The Navy High Command is discussing the construction of a series of diesel-electric submarines of the 636.3 project for the Baltic Fleet. The appearance on the BF submarines - carriers "Caliber" will significantly enhance the shock potential of the Russian Federation in the Baltic
- the agency leads the words of one of the sources.

At the same time, according to the second source, the Varshavyanka series for the Baltic Fleet may not consist of six, but a smaller number of submarines. This issue is also under discussion.

Recall that the Admiralty Shipyards Shipyard previously built a series of six submarines of the 636.3 Varshavyanka project for the Black Sea Fleet, and is currently building a series of diesel-electric submarines for the Pacific Fleet.

To date, the parent Varshavyanka for the Petropavlovsk-Kamchatsky Pacific Fleet has passed state tests and is preparing to join the fleet. The second in a series of Volkhov submarine is being completed and will be launched in December this year. On November 1, the third and fourth submarines for the Pacific Fleet - Ufa and Magadan - were laid, plans for laying the fifth and sixth submarines have not yet been announced. The entire series of six submarines should be built by the 2022 year.

Submarines of the 636.3 Varshavyanka project belong to the third generation. The length of the submarines is 73 meters, the width is 10 meters, the maximum immersion depth is 300 meters, the underwater speed is 20 nodes, and the autonomy is 45 days. Crew - 52 person. The submarines are armed with six 533 mm caliber torpedo tubes, mines and Caliber rocket launchers.
Ctrl Enter

We are in Yandex Zen
List of CIA-funded Russian public organizations
Delhi narrows its market for Moscow
52 comments
Information
Dear reader, to leave comments on the publication, you must to register.