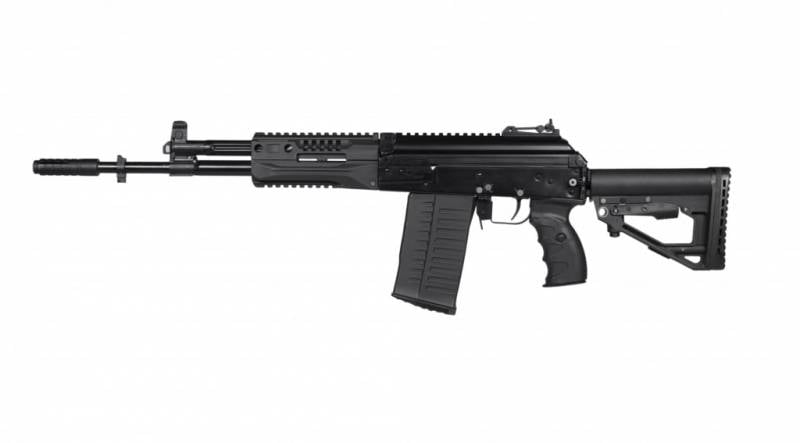 Celebrating the centenary of the birth of the legendary Soviet designer Mikhail Kalashnikov, the eponymous concern introduced the world to the latest incarnation of its time-tested weapons. The latest AK-308 can fire NATO cartridges, which gives the Russian manufacturer an advantage over Western competitors.

The city of Kurya, located along a deserted road near the Kazakh border of Russia, is far from the world battlefields. The nearest major city, Novosibirsk, is a six-hour drive away. However, the most famous son of Kurya made an invention that will lead to revolutions, cross national borders and change modern warfare.

Mikhail Kalashnikov was born in Kurye on 10 on November 1919 of the year in a peasant family. An enthusiastic inventor, Kalashnikov designed his career-defining masterpiece - an 1947 model of the year, or AK-47. The machine was adopted by the Soviet military two years later, mass production began in the industrial city of Izhevsk.

The Izhevsk Mechanical Plant in the next 70 years after that will produce from 75 to 100 million units of this machine. In the form of small arms of national armies and terrorist groups, police and criminals, AK-47 and its variants appeared in hot spots and in conflict zones around the world. And a lot of various fakes and copies of this Soviet machine gun shows its true popularity, which cannot be overestimated.

Renowned for its indestructible reliability and power, the AK drove the Yankees out of Vietnam and threatened American soldiers in Iraq and Afghanistan four decades later. AK-47 is depicted on the national flag of Mozambique, as well as on the arms of East Timor and Zimbabwe.

The latest version of the weapon, the AK-308, stands out from a number of similar ones thanks to a unique feature: this updated version of the Cold War classic can fire an 7,62 × 51 mm NATO cartridge. 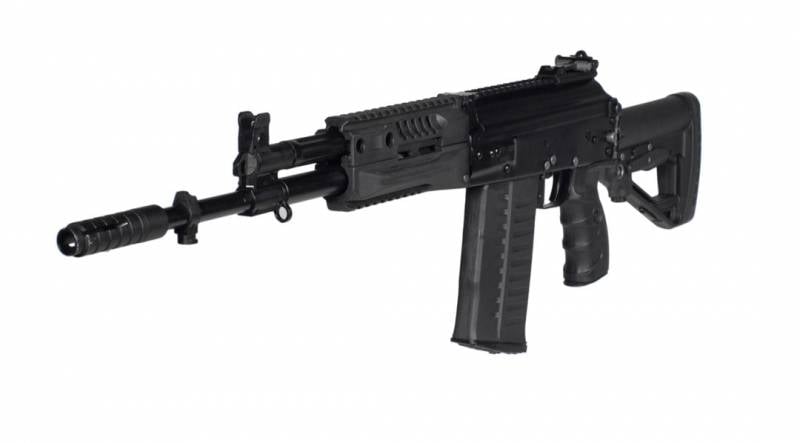 At first glance, the new machine is slightly longer and heavier than the previous AK-12. But he inherited many of the best tactical and technical characteristics of his predecessor, including an adjustable folding butt and an upgraded gas pipe. The 7,62 × 51 mm caliber cartridge was originally developed for the American-made M14 rifle and M60 machine gun in the late 1950's, but now it is used in the mass of modern Western-style firearms, for example, the Israeli IWI Tavor or the Belgian FN SCAR.

The AK-308 model was officially adopted by the Russian army primarily in the Marine Corps and in the elite airborne troops. But it is oriented more, as the developers note, to the western arms market.

Potential buyers will be offered not only the machine itself, but also an armor-piercing cartridge of Russian production. “We will complete all tests this year and will send out commercial offers next year,” said Sergey Urzhumtsev, chief designer of the Kalashnikov concern.

“First of all, the AK-308 is an assault rifle for export,” echoes Urzhumtsev Maxim Popenker, a well-known weapons expert who was previously marketing director at Kalashnikov Design Bureau. “The 7,62 × 51 mm cartridge provides great penetration, which is crucial for fighting in mountainous, desert or urban environments,” he explained.

The new machine should primarily interest the military in Southeast Asia and the Middle East. Nato’s weapons are mostly used there now, but the AK-308 can also fire NATO ammunition, so it’s fully compatible with the arsenal of the Gulf or APR armies. This is what Kalashnikov’s marketers are counting on.

“These may be those countries that previously used North Atlantic Alliance firearms and 7,62 × 51 mm caliber cartridges,” suggested Alexei Leonkov, a military expert from Arsenal of the Fatherland magazine. “I think that designing the AK-308 was a commercial move, smart enough and appropriate to squeeze Western-made rifles into the global arms and ammunition market.”

However, the Izhevsk manufacturer does not rely solely on AK-308. Kalashnikov’s director Dmitry Tarasov noted in October that other company rifles, AK-200, 201, 202, 203 and 204, as well as rifles based on AK-12 and AK-15, attracted the attention of buyers at the state level in South America, South Asia and Africa.

The design of the large-caliber AK-308, however, follows the global trend, explained military historian Yuri Knutov. “Protective equipment is constantly being improved, it is becoming easier and more durable,” he said, adding that most body armor can withstand a smaller caliber bullet, such as 5,45 mm in Russia or 5,56 mm in NATO.

The 5,56-millimeter western caliber has been the main one for the US Army since the 1960-s, it also became the main one in the arsenals of the countries of the North Atlantic Alliance since the 1980-s. However, the larger cartridge, the 7,62-millimeter caliber, hits the target with a vengeance. After decades of dependence on smaller caliber BPSs, US gunsmiths are attempting to develop a new bullet that will be somewhere between its current 5,56 and 7,62 mm standards.

However, at the moment, the 7,62 mm caliber bullet remains the only offer on the market with such penetrative ability. If the Kalashnikov group manages to sell their AK-308 abroad, it is possible that in the near future, American soldiers will face an adversary with whom they will fight with the same NATO-style ammunition.

Ctrl Enter
Noticed oshЫbku Highlight text and press. Ctrl + Enter
We are
What you didn't want to know about EnglandList of destroyed the largest and most high-tech enterprises
60 comments
Information
Dear reader, to leave comments on the publication, you must to register.