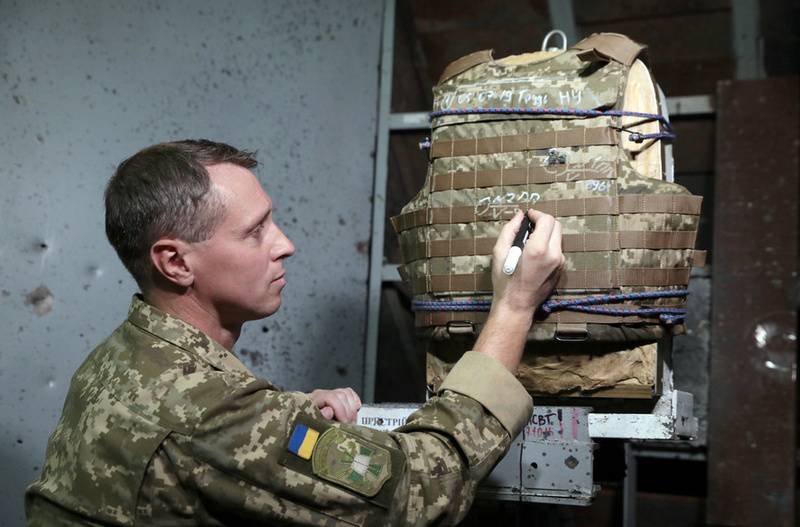 In Ukraine, there was another scandal with the supply of low-quality ammunition to the Armed Forces. According to UNIAN, the majority of body armor purchased by the Ministry of Defense are shot at by those types. weaponsfrom which they must protect.


According to the statement of the director of the State Bureau of Investigation, Roman Truba, five high-ranking officials of the Ukrainian military department responsible for the purchase and quality control of clothing were detained in a criminal case instituted on the supply of low-quality bulletproof vests to the Armed Forces.

In a preliminary conspiracy, these persons purchased low-quality clothing for the Armed Forces of Ukraine at inflated prices, as well as property that does not meet the technical requirements
- said the pipe.

He clarified that we are talking about bulletproof vests 1-4-th protection classes Corsair MZs-1-4 ", which do not meet the stated requirements.

I will name the results of one of the examinations. This is a ballistic examination. According to its results, it was established that more than 70% of bulletproof vests are shot through by the types of weapons from which they must protect
- he explained.

The State Security Service of Ukraine said that these are only the first episodes associated with the theft in the Armed Forces and the supply of low-quality ammunition and weapons.

We are in Yandex Zen
Summary of the week from voenkor Mag about events in the DNI and LC 21.04.18 - 27.04.18
Reports from the militia of New Russia for 27-28 September 2014 of the year
49 comments
Information
Dear reader, to leave comments on the publication, you must to register.