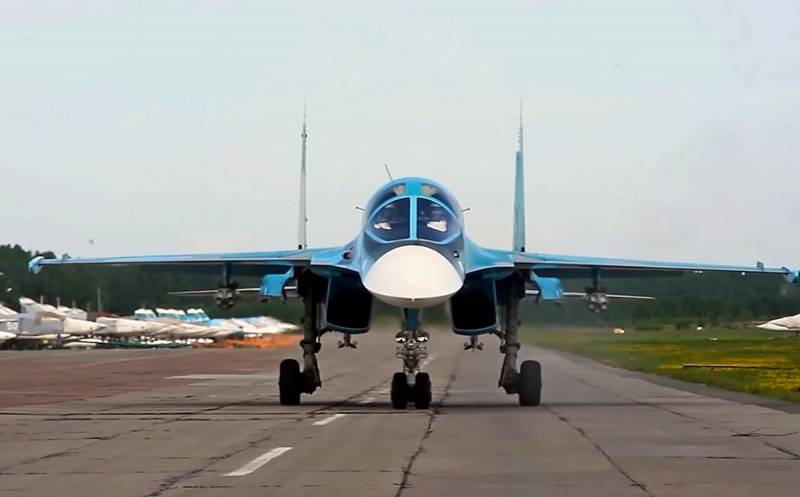 Front-line bombers of the Su-34 aviation regiment stationed in the Far East received anti-ship missiles X-35У. This is reported "News" with reference to the Russian military department.

Russian front-line bombers Su-34 from the 277-th bomber regiment stationed at the Khurba aerodrome near Komsomolsk-on-Amur received advanced anti-ship missiles (ASM) X-35U with an increased flight range of up to 260 km. Aircraft with anti-ship missiles capable of destroying not only enemy ships, but also ground targets, went on combat alert this fall.

According to military experts, putting on combat duty the Su-34 regiment with the X-35U will significantly increase the combat capabilities of the Russian Navy and VKS throughout the Asia-Pacific region. With the advent of the Su-34 arsenal of anti-ship missiles with a large range, it will allow aircraft to effectively hit enemy naval targets, supporting the ships of the Pacific Fleet.

It should not be forgotten that the Su-34 themselves have a flight range of up to 4,5 thousand km, and with refueling it increases to 7 thousand, which allows bombers to meet the enemy at distant approaches, leaving the coastal zone defense to the Ball and Bastion missile systems .

Note that the RCC X-35U passed tests in Syria, following which it underwent modernization, which increased its range. It is possible that other characteristics have been changed, but so far there is no information about this.

We are in Yandex Zen
Missile complex "Uranus" will receive anti-ship missiles X-35U with a doubled range
Su-35 2013 built at the airport Dzemgi
Military Reviewin Yandex News
Read Military Reviewin Google News
116 comments
Information
Dear reader, to leave comments on the publication, you must to register.