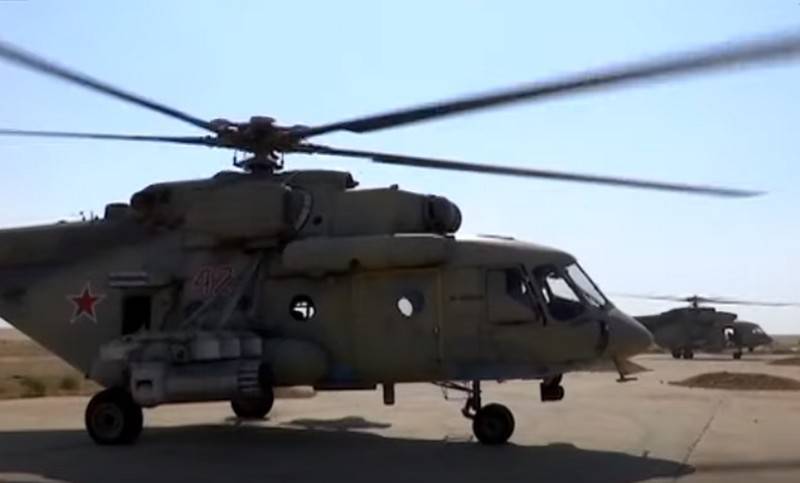 Russian Army Helicopters aviation expand air patrol territory in northeast Syria. According to RIA News With reference to their own correspondent, the Mi-8 and Mi-35 of the Russian aerospace forces began flying around the settlements of Haseke province.


The Russian army aviation began to patrol the settlements and main roads of the Hasek province, thereby significantly expanding the air patrol zone. According to the Russian military, such measures not only allow controlling a large territory, but also laying new routes for patrols of the Russian military police. In addition, helicopters of the Russian Aerospace Forces monitor humanitarian missions.


We carry out the tasks of air patrolling in the northern regions of Syria, as well as accompanying convoys with humanitarian aid and convoys of military police
- said the navigator of one of the Russian Mi-8AMTSh helicopters.