Napoleon in the lost battles of the information war 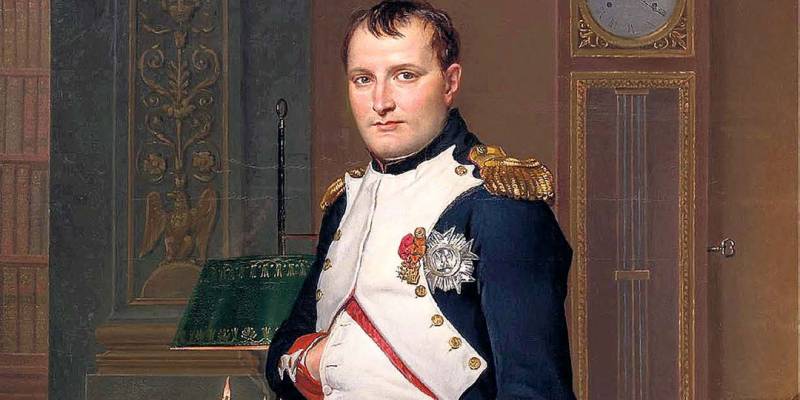 The Secret Bureau and the British

In 1796, Napoleon Bonaparte created one of the most powerful intelligence agencies in France - the Secret Bureau, putting Jean Landre at the head of the talented cavalry regiment commander. One of the conditions for the successful work of this department was generous funding - some agents could receive several thousand francs for information. Chef Landre has created a dense espionage network throughout Europe, from which daily intelligence flocked to Paris. At the same time, part of the reports was so unexpected for Bonaparte that he often threatened to dismiss the office leadership for unverified data. However, over and over again, the Secret Bureau did not force itself to doubt itself, which generated great trust from the ruling court. But after a while, as is often the case in the state, Napoleon ceased to trust his secret police chief and, even in a fit of anger, put him in a punishment cell for 15 days. Lander did not sit until the end of the term - he was let go by the cooled Napoleon, but he soon resigned. Until the end of the reign of the emperor, he was forced to live under the supervision and prohibition of holding any public office. I must say that the former head of the Secret Bureau still got off easily - we know a lot of examples from storieswhen too many knowledgeable and obstinate heads of state security organs ended badly. Back in 1799, Napoleon, as a wise politician, decided not to concentrate all the powers of the Secret Bureau in one hand and assigned some of the similar functions to the Ministry of Police and his boss Joseph Foucher. Separately, it is worth mentioning that this same Foucher behaved extremely unprincipled - he supported Napoleon, at the same time negotiated with the royalists, and when the monarchy was restored, he willingly agreed for the fourth time to head the French police. Perhaps only the notorious chief of the Napoleonic "black offices" Talleyrand was distinguished by great cynicism, who managed at one time to serve faithfully in his native France, Russia and Austria. 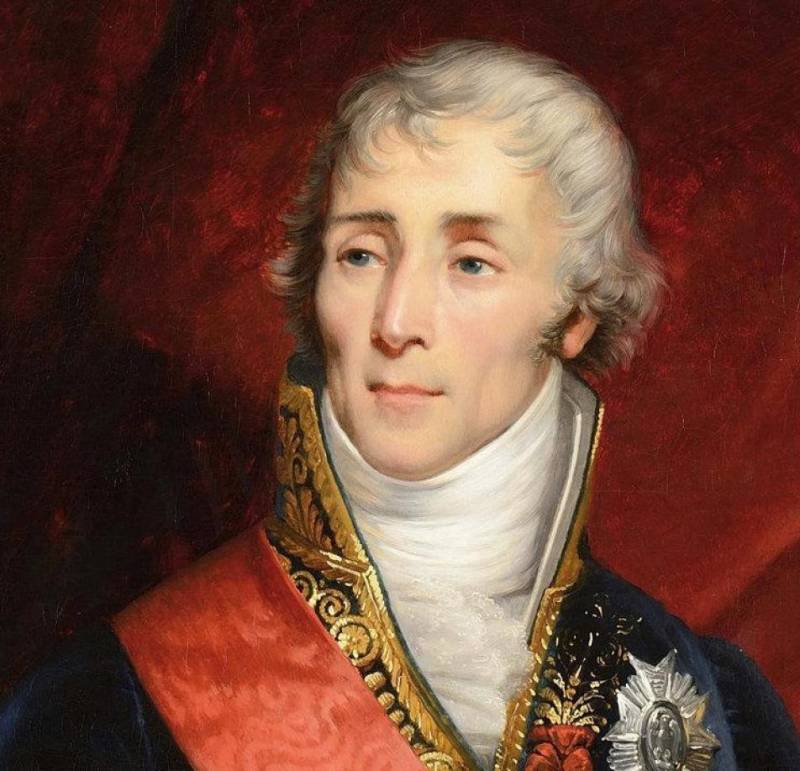 Joseph Foucher, Chief of Police
In the French army at the very beginning of the "zero" years of the 19th century, in addition to military intelligence, a special intelligence bureau was established, which was engaged in preparing the landing for England. They planned this (and never completed) operation in the 1804 year and even played a whole performance on the coast. Firstly, the emperor personally ordered the newspapers not to write anything about the movement of French troops “hidden” in the Bois de Boulogne. And secondly, Napoleon sat for a while in Boulogne, and before the operation itself, with noise and fanfare, he left for Paris, where he rolled a few feasts. How effective it was remains unknown, but an extremely high concentration of English agents in their own territory made the French behave this way. British intelligence bred agents not only in France, but across all occupied lands. Both royalists, opposed to Napoleon, and commonplace traitors working for francs and gold were used. Cryptography history researcher Associate Professor of the MIREA Department Dmitry Larin writes in one of his works that British spies worked in neutral countries - in particular, he was bribed by the chief of the Bavarian post, which allowed the British agents to read all the French mail passing through Munich.

A serious minus of the work of the special services of Napoleon was a certain negligence in encrypting information. However, it cannot be said that cryptography was somehow underestimated. The French Encyclopedia, published in the early years of Bonaparte's reign, has become a true reference book for cryptographers from all over Europe. But in France itself for the entire time of the Napoleonic Wars they did not create new encryption algorithms (they only complicated the old ones), which could not be allowed in any case. It was enough once to “hack” the French military code like the “Big Code” or “Small Code”, as the whole conspiracy went to dust. So did the British officer George Skovell, chief of the Army’s encryption service under the Duke of Wellington. Especially his skill was shown in Spain and Portugal, occupied by French troops. Skovell managed to create an extensive rebel network in the territory of these states to intercept French communications. And his colleagues only had to decipher the careless and simple codes of Napoleonic cryptographers. They were called petit chiffres and until 1811 of the year did not present any difficulties for the people of Schell. The code was only 50 values ​​and was decrypted literally on the knee on the front line. If we add to the simplicity also the French negligence, it turns out that the orders and reports in the troops were actually in plain text. Later, in the 1811 year, a more secure Portuguese army code consisting of 150 values ​​appeared in Napoleon’s troops. And everything would have been fine for the French, but Skovell cracked it in two days. The unconditional findings of the British cryptograph include a new algorithm for using the British cipher, which was a variation of the book code. In order to crack this code, it was necessary to know which book needed to decrypt the information.

Despite the fact that the initiative in the cryptanalysis case at the beginning of the 19th century was far from the French, there were still some “bright” moments in their history. So, in 1811, a new cipher was developed on the basis of the diplomatic code of the XVIII century, in which there were already 1400 coding quantities. Moreover, cryptographers were punished specifically to litter the text with insignificant numbers, so that Skovel did not seem sweet. Indeed, during the year, the British cryptanalyst could not do anything with this cipher, but only passively collected statistics. But the French would not be French if they did not allow a condescending attitude towards the enemy - they encrypted in a new way only the most important and secret parts of messages, the rest went almost in plain text. In the end, the amount of information reached the threshold level and cryptographers in England began to understand the individual parts of the encrypted correspondence of the Napoleonic army. The turning point occurred in the 1812 year, when it was possible to intercept the letter of Joseph, Napoleon’s brother and the king of Spain, in which there was important information about the upcoming operation near Vittoria. The British partially read the letter, made conclusions, won the battle and took possession of a copy of the cipher, which completely discredited him. Previously, information obtained by Skovel’s specialists made it possible to defeat the French at Oporto and Salamanca. 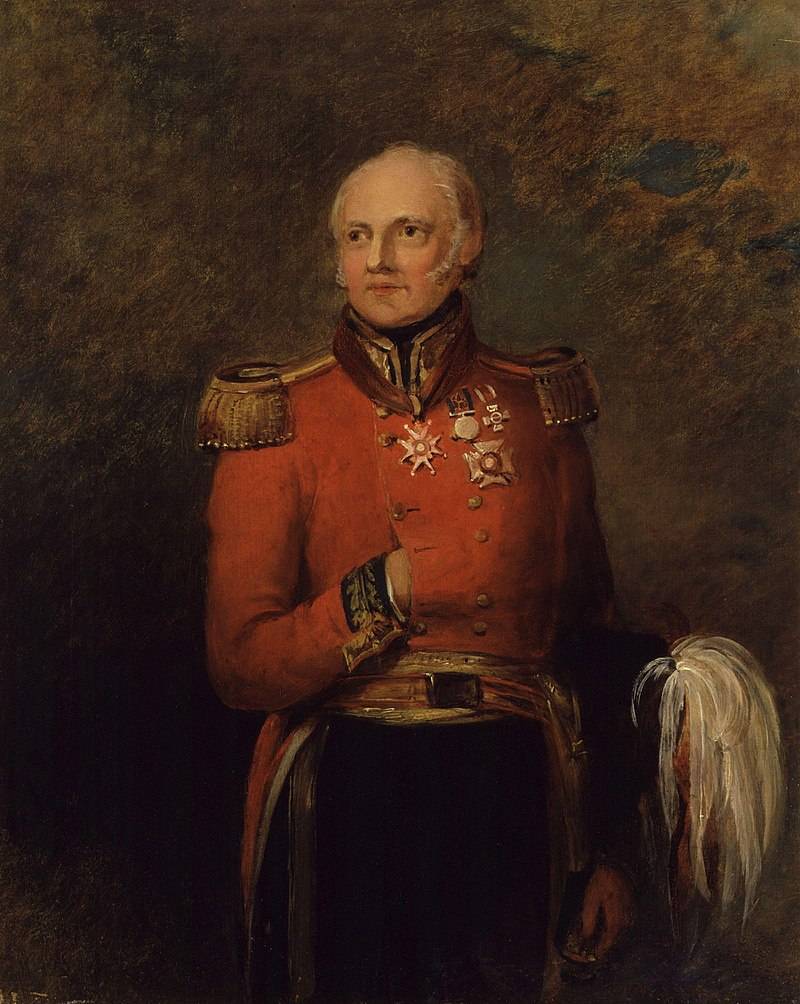 George Skovell
If the British were strong in operational cryptographic work, then the Austrians went down in history as the most capable censors in Europe. Vienna "black rooms" could become the standard of this not-so-clean craft due to the high professionalism of employees and excellent organization of work. The working day for black censors in Vienna began at 7 in the morning, when bags packed with correspondence intended for embassies in Austria were brought to the office. Further, the sealing wax was melted, letters were taken out, the most important ones were copied, if necessary, decrypted and carefully returned to the original envelopes. On average, all daily correspondence was processed in this way in just 2,5 hours and was sent to 9.30 to unsuspecting recipients. Not only French, but also English ambassadors in Austria suffered from such professionalism. For example, David Kahn in his book Cracking Codes describes a curious case when a senior English diplomat casually complained to the chancellor that he receives instead of the original copies of the letters. To which the Austrian, who lost his temper for a moment, threw: “How awkward these people are!” What kind of people these were and what they were doing, the chancellor decided not to specify wisely. 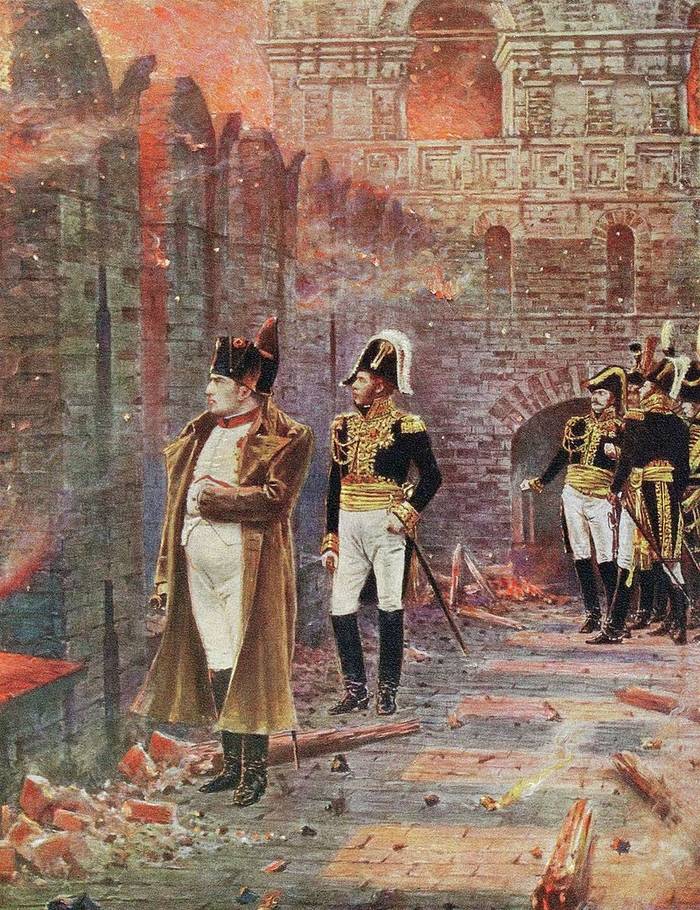 Napoleon in the Kremlin
It can be seen from the above that France from the time of Napoleon was somewhat weaker than her opponents in the art of cryptography and censorship, which, of course, negatively affected the outcome of many confrontations. Russia was no exception, in which, before the French invasion, an effective encryption, cryptanalysis and interception of important enemy communications was created. Of decisive importance was the liberating nature of the war for the Russian people. Thus, the French invaders extremely unsuccessfully recruited local residents from prisoners in the vain hope of collecting valuable strategic information. An example is the story of the Moscow merchant Pyotr Zhdanov, who, together with his family, got into trouble in a city captured by the French. He was captured and, threatening to shoot his wife with children, and also promising a stone house with a lot of money, was sent with special task to the rear of the Russian army in order to scout the deployment and the number of troops. The merchant, of course, gave “consent”, but on the way he found his family, hid it from the French, crossed the front line and went to General Miloradovich’s headquarters. Then he gave everything he knew, met Kutuzov, received a gold medal from the emperor and made an invaluable contribution to the defeat of the French army. And this was only one page of French failures in the fields of the information war and the superiority of the enemy in this area.