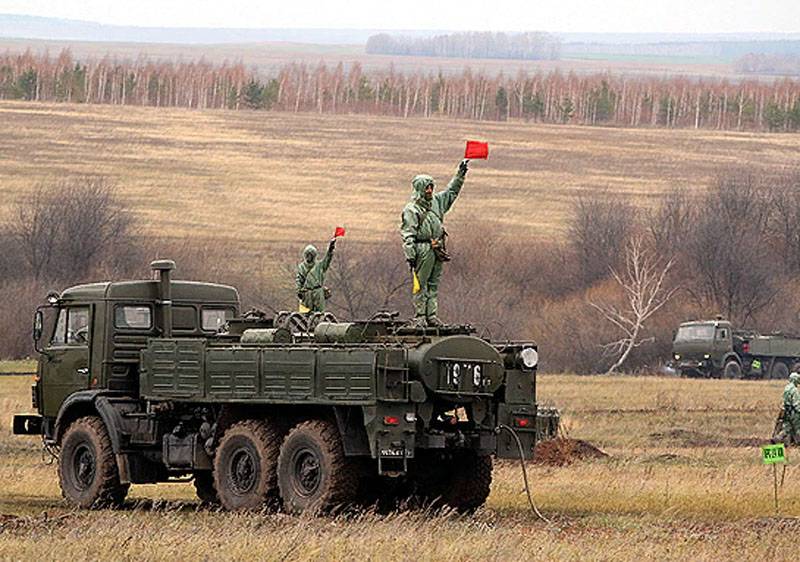 On November 13, the Armed Forces of Russia celebrate the Day of the Russian Chemical Forces Army - radiation, chemical and biological protection. We are talking about troops that provide protection, including from factors inherent in arms mass destruction.


Begins история troops during the First World War, when poisonous gases were used for the first time in battles. German troops actively used chemical weapons based on mustard gas, chlorine, phosgene on various fronts. Moreover, if at the first stage of the hostilities the German army used non-lethal chemical compounds - chemicals that were mainly irritating to humans, then the transition to the use of deadly gases was also made. For example, in April of 1915, in the area of ​​the Belgian city of Ypres, the Germans sprayed more than 160 tons of chlorine, which, incidentally, suffered themselves.

In Russian history, one of the heroic and at the same time tragic dates of the First World War is 6 of August 1915 of the year. These are events related to the gas attack of the Russian fortress Osovets. The Germans sent a chemical compound in the form of chlorine and bromine to the Russian garrison. This gas attack led to grave consequences for the Osovets garrison, but what was the surprise of the German infantrymen who started the attack, when, after a deadly gas attack, they were counterattacked by Russian army units. With chemical burns of the lungs, with a severe cough, the soldiers of the 13 company of the 226 Zemlyansky regiment led German soldiers to real horror, which eventually took to flight. In German literature, the term "Attack of the Dead" has since become entrenched.

Since then, at each of the periods of history, personal protective equipment has been actively improved.

A separate period of development of such funds is related to nuclear issues. The issue became particularly relevant after the Americans committed a war crime with the dropping of atomic bombs on the Japanese cities of Hiroshima and Nagasaki.

In 1949, nuclear parity reigned in the world, while both nuclear weapons and means of protecting a person from radioactive exposure improved. In many ways, it was simple decisions that made it possible to save human lives. As an example, we can cite truly heroic actions to eliminate the consequences of the Chernobyl accident. The soldiers who acted on the roof of the power unit, dropping from it after the failure of the robots the “fading” graphite fragments, were protected by “artisanal” means - lead plates, rubberized mold parts. This protection and precisely calculated time helped to achieve the task. The task was completed, but at what cost - it is still a debatable issue, including its part on how many liquidators received doses that are hazardous to health.

Today, the RKhBZ troops successfully cope with the assigned tasks of detecting, localizing and eliminating threats from the list that is included in the terms of reference of the troops. The re-equipment of troops continues on modern models of weapons and weapons of the RBMB as part of the rearmament program until 2020. At the same time, the ways of accomplishing tasks by units and subunits are being actively improved, and the infrastructure of the Russian armies and missile defense forces is being developed in accordance with their composition, tasks and the basing system.

"Military Review" congratulates the personnel and veterans of the RHB Defense troops on their professional holiday!

We are in Yandex Zen
November 13 - Day of the troops RCBZ Russia
In mobile reserve
13 comments
Information
Dear reader, to leave comments on the publication, you must to register.