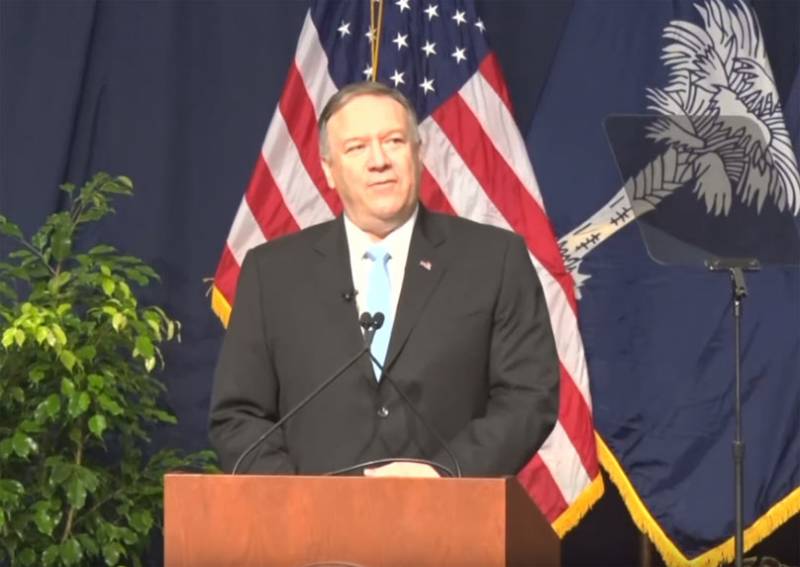 US Secretary of State Mike Pompeo in an interview, calling the situation in Ukraine a US project, noted that the States are supplying Kiev weaponso that he could "fight the Russians." Pompeo recalled the supply of various types of weapons, including the decommissioned American Island class boats, which had recently arrived at the port of Odessa region.


The statement of the head of the State Department regarding the US military assistance to Ukraine for the “fight against Russians” was commented on in the Russian Federation.

They begin to forget a little and say everything that, probably, a self-respecting state would not only not do, but would not voice it aloud.
In fact, the United States has really completely stopped controlling its rhetoric. After all, the very statement about "fighting the Russians" looks provocative - if only for the reason that millions of ethnic Russians live in Ukraine itself. At the same time, the words of the Secretary of State of the United States are additional evidence that modern Ukraine is a US project to turn this territory into an environment that is aggressive in relation to the whole Russian and Russian environment. And, I must admit, to a significant extent the United States managed to achieve this - first of all, through frank propaganda and Kiev’s self-belief that Ukraine “is at war with Russia”.
Ctrl Enter

We are in Yandex Zen
Reports from the militia of New Russia for 27-28 September 2014 of the year
Yuri Drozdov: Russia prepared the role of the sacrificial calf
46 comments
Information
Dear reader, to leave comments on the publication, you must to register.