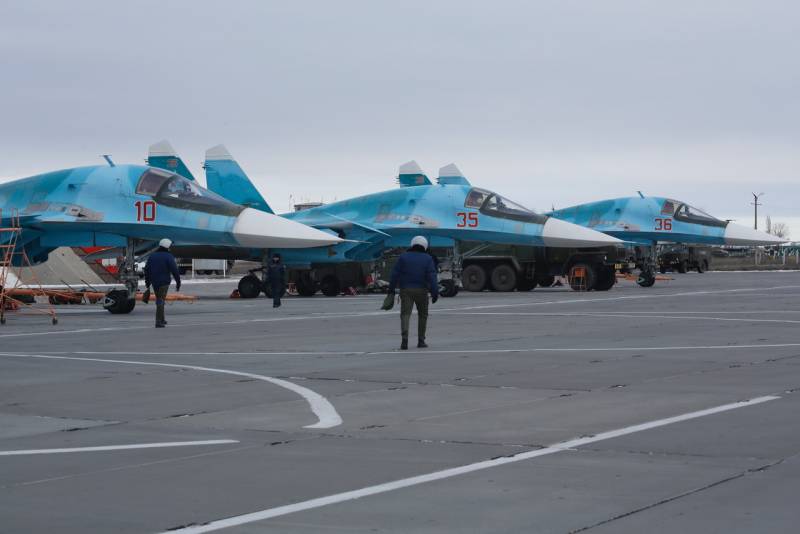 In the recent past, Russian attack aircraft of various types began to receive sighting and navigation systems of new types, which increase the accuracy of using unguided aviation ammunition. The development of this direction continues and should soon give new results. As reported by Russia Today, the necessary work is underway to improve the accuracy.

According to RT, the modernization of sighting and navigation systems is carried out by the joint efforts of several enterprises and organizations. The key role in the project is played by the military technopolis Era (Anapa). Part of the practical work and research is carried out on the basis of the 925 State Flight Test Center. Chkalova (city of Akhtubinsk). Finished results are transferred to PJSC Sukhoi for implementation of equipment in real projects.

In such cooperation, the tasks of the Era are to conduct research and perform modeling of various processes. 925-th GLITS is involved in the work to verify the compiled models. Sukhoi is directly responsible for the modernization of aviation equipment with the help of new developments.

The main task of Era specialists is to create the most accurate mathematical models of existing aircraft weapons. Ballistic and aerodynamic characteristics of products are digitized. 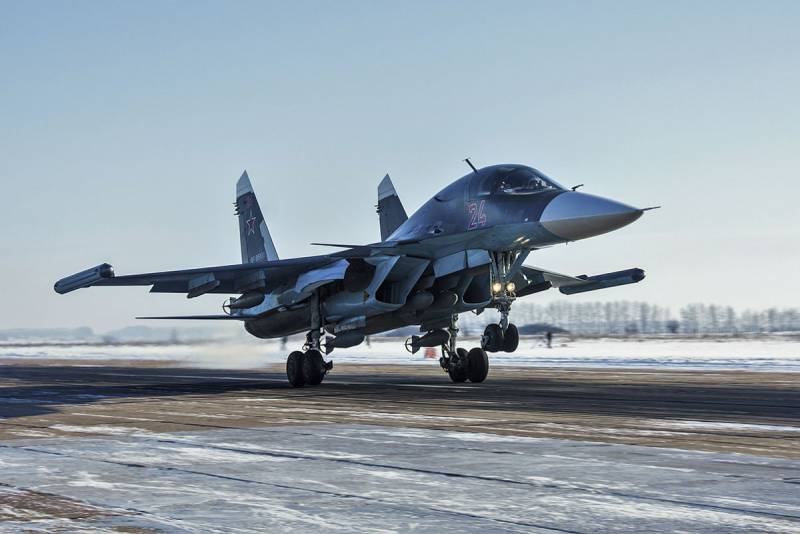 Verification of the accuracy and realism of the obtained models is carried out using software that simulates the work of wind tunnels. Era has at its disposal productive computing systems that ensure maximum research efficiency. Research is also carried out in kind - on the basis of the 925 GLITZ.

Ready-made models are handed over to Sukhoi for use in improving sighting and navigation systems. Having the most plausible model of ammunition, the aircraft computing complex will be able to more accurately calculate the data for its use. This should increase the accuracy of hits in comparison with current control systems.

It is reported that through collaboration, experts have already optimized the algorithms for using OFAB-250-270 bombs on Su-34 bombers. Due to the introduction of new models, it was possible to increase accuracy by 2-3 times. The minimum KVO was brought to 30 m. In the near future, work on other models of unguided aircraft weapons should be completed.

Recent ones news clarify the known information. So, in May of this year, TASS reported on the involvement of the Era technopolis in the further improvement of the specialized computing subsystem SVP-24 Hephaestus, used on domestic front-line and long-range bombers. 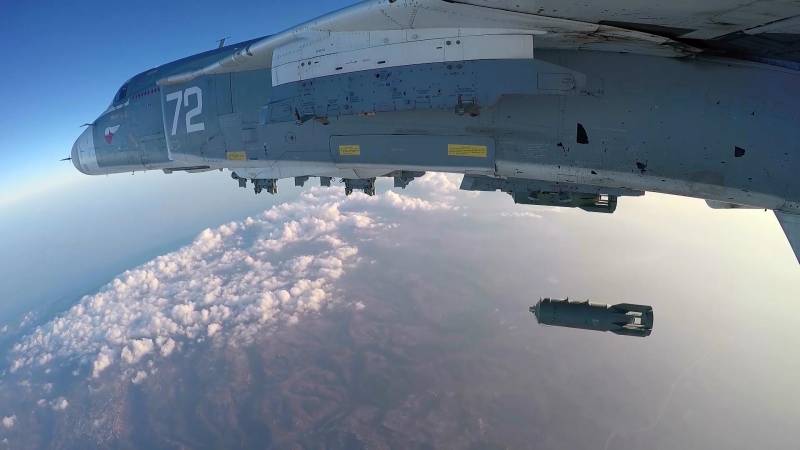 SVP-24 is a set of special equipment that collects and processes the necessary data. Based on information about flight speed and altitude, weather conditions, ammunition parameters, etc. data is being generated for effective bombing. Also, devices from the system simplify the search for targets and allow you to work on external target designation.

Recent posts mention the revision of the avionics of the Su-34 bomber for the more effective use of the OFAB-250-720 free-falling bomb. Su-34 is not equipped with Hephaestus - this suggests that new developments can be used in the development of other aiming and navigation systems. In this way, the improvement of all major VKS strike aircraft is ensured.

The main method for improving the combat characteristics of bombers is to improve the mathematical models of ballistics and aerodynamics of unguided munitions used by control systems weapons. "Era" creates more accurate models, which are then entered into the memory of on-board equipment. According to RT, the result will be an increase in accuracy by 2-3 times. Perhaps the comparison is carried out with the SVP-24 parameters in the initial configuration.

Ongoing work to improve the aiming and navigation systems of strike aircraft involves the use of already mastered principles and methods. This ensures the growth of the main parameters due to the refinement of certain elements of the system. 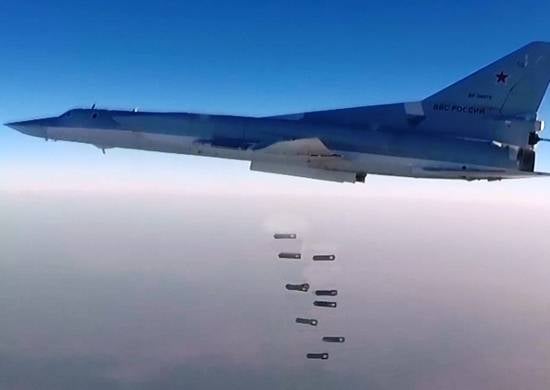 Apparently, the ongoing modernization of the existing Hephaestus and other complexes does not provide for a major restructuring of the equipment, mass replacement of components, etc. The changes affect only the software part, which now has to handle more complex, but accurate models of weapons. Improved models should provide a significant increase in accuracy compared to the base complex, not to mention less sophisticated sighting tools.

Otherwise, the operation of the aiming and navigation complex remains the same. He must collect data from many sources, take into account the characteristics of a particular weapon and calculate data for automatic reset.

An interesting fact is that after modernization, the Hephaestus subsystem and other developments retain their pros and cons in the context of the use of unguided weapons. So, the basic version of SVP-24 brings the accuracy of free-falling bombs closer to the characteristics of guided weapons. After modernization, obviously, the parameters of the two classes of weapons will become comparable.

However, changing models will not allow you to get rid of some restrictions. SVP-24 or similar systems cannot influence the flight of a bomb after a reset. As a result of this, high accuracy can be obtained only when working on stationary objects. However, for such purposes there is another weapon with the required characteristics.

Several types of bombers equipped with modern weapon control systems have repeatedly shown their capabilities during various exercises. Since 2015, this technique has been actively used in Syria. The specific nature of the theater of operations and the special capabilities of modernized aircraft allowed the mass use of unguided weapons, obtaining the desired results. 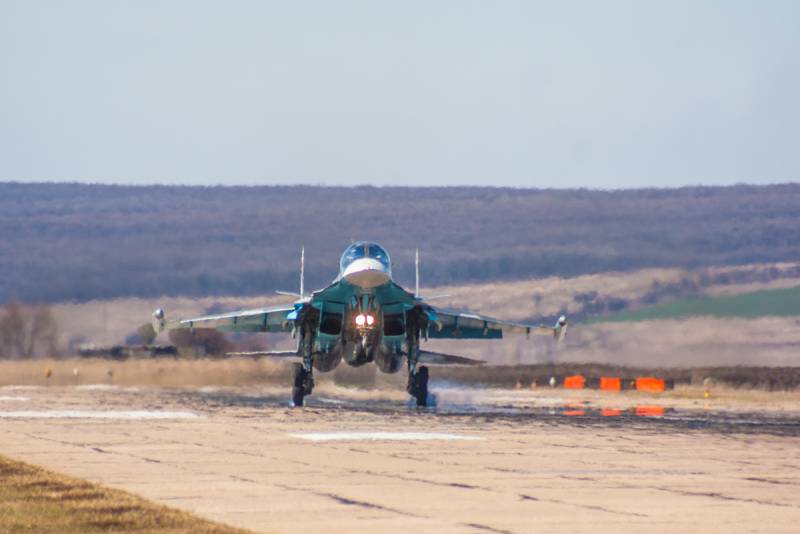 Sufficient perfection and confirmed successes of existing systems do not exclude their further development. According to recent reports, now the company "Sukhoi" and the Ministry of Defense in the person of the technopolis "Era" are improving sighting equipment for bombers.

Already reported on the implementation of all necessary work on one of the available free-falling bombs. In the near future, similar studies will be carried out on other domestic weapons. Their result will be new mathematical models for Hephaestus and other complexes of a similar purpose.

Thus, the process of improving strike aircraft continues. Newly built cars immediately receive modern sighting and navigation systems, while older equipment is being modernized and equipped with other types of equipment. Both those and others also receive up-to-date software with improved features. As a result, the accuracy of airstrikes will increase - and for this it is not necessary to use guided weapons.