Impeachment will not save superpower 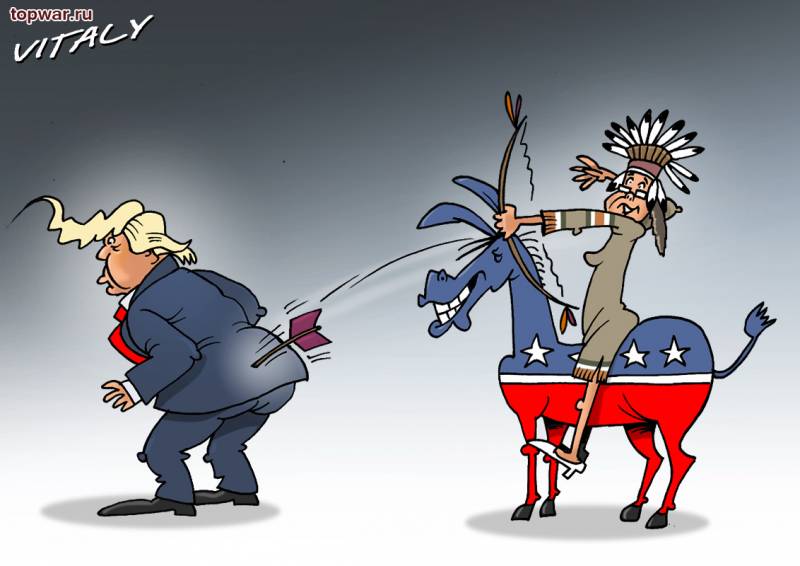 An article in the Atlantic American magazine talks about a troubling situation in the United States. A great power is literally split in half, and the impeachment of Donald Trump is just the tip of the iceberg.

Distrust of the president: scandal is gaining momentum

On Sunday, November 10, famed Senator Lindsay Graham, who chairs the US Senate Judicial Committee, made an important statement. According to Graham, if the impeachment initiators do not reveal the identity of the informant who reported the telephone conversation between Donald Trump and Vladimir Zelensky, the procedure for making no confidence in the president and removing him from his post will not be valid. 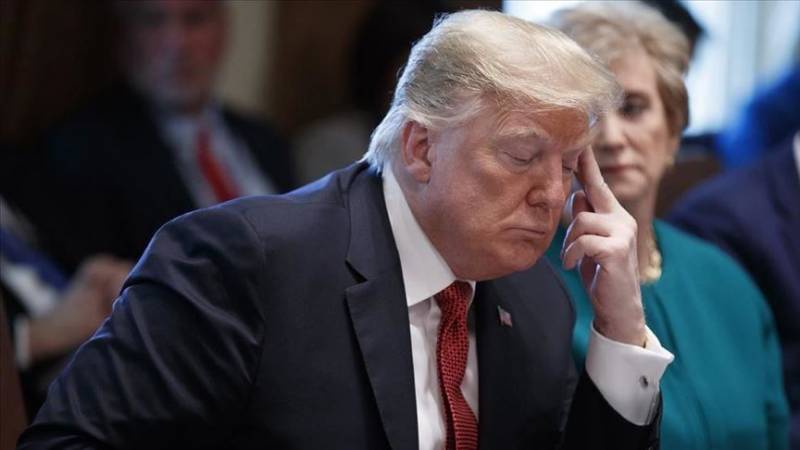 Graham is right, because if the identity of the informant is not disclosed, then it could well not have been at all. The chances of impeachment are becoming very illusory, because without real evidence against Trump, the procedure, even if approved by the House of Representatives, where the majority are Democrats, will be curtailed by the US Senate, where Republicans dominate.

Although Trump can hardly be called a figure that suits absolutely all the representatives of the elite of the Republican Party of the USA, they will not agree to “surrender” the president from the Republicans without weighty arguments. Among those witnesses who want to be interrogated, in addition to some anonymous informant, Hunter Biden and former U.S. Special Representative for Ukraine Kurt Walker appear. 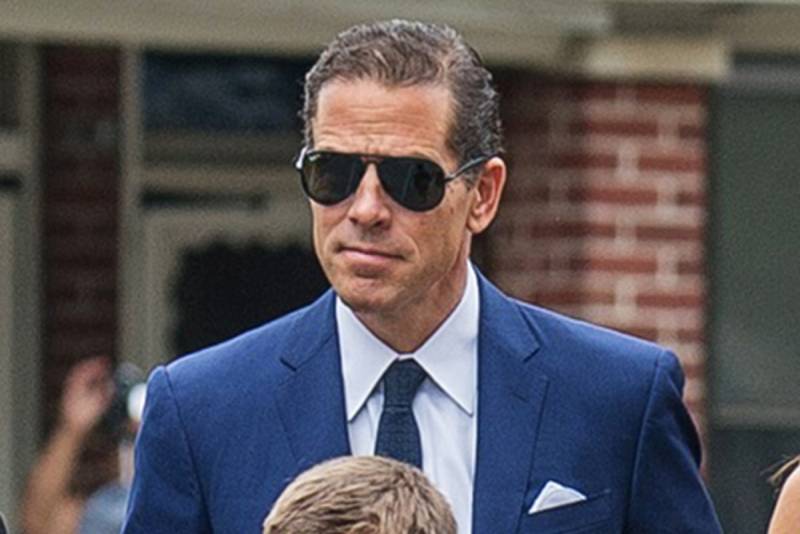 Recall that Trump was suspected that he was going to remove his potential rival Joe Biden from the election race, and it was for this purpose that he allegedly asked Vladimir Zelensky to initiate an investigation against the son of a potential presidential candidate Hunter Biden. Trump wanted to investigate Hunter Biden's work in various foreign companies, including the Ukrainian energy company, where Biden was on the board of directors, as well as in a Chinese company.

In an interview with the press, Donald Trump even turned to Ukraine and China with a proposal to intervene in the situation and investigate the role that Hunter Biden plays in the economy of these states. Naturally, such actions by Trump were a serious blow to the positions of Joe Biden, the 77-year-old Democrat, former vice president of the Barack Obama administration.

The true causes of impeachment

But история with Hunter Biden, for all its seriousness, is by no means a genuine excuse for initiating the resignation of the American president. The American elites are very dissatisfied with the policies of Donald Trump and, above all, his foreign policy, which led to a total change in the world political and economic situation.

In Washington, they “present” Trump with the fact that, firstly, he weakened the position of the United States and actually lost the Middle East, losing it to Russia. The withdrawal of American troops from Syria, the invasion of the Turkish army in areas controlled by the Syrian Kurds, the multiple strengthening of Russia's positions not only in Syrian, but also in Middle Eastern politics as a whole - are all these arguments, Trump's opponents ask, are not sufficient for his resignation?

Trump is blamed for the fact that Russia did not just take the palm in the Middle East - it has become almost the only major player in Middle Eastern politics. Now everyone is listening to Moscow - Turkey and Iran, Saudi Arabia and the UAE, Syria and the Kurds. Almost the entire region reoriented towards cooperation with Russia, which gave Moscow the opportunity to become a key arbiter. And now Russia, and not the USA, is breeding the parties to the conflict in different directions - the former American proteges of the Syrian Kurds and the US official NATO ally Turkey. How could such a thing be imagined in the very recent past, when the USA was the key partner for all countries of the region, except Iran and Syria? 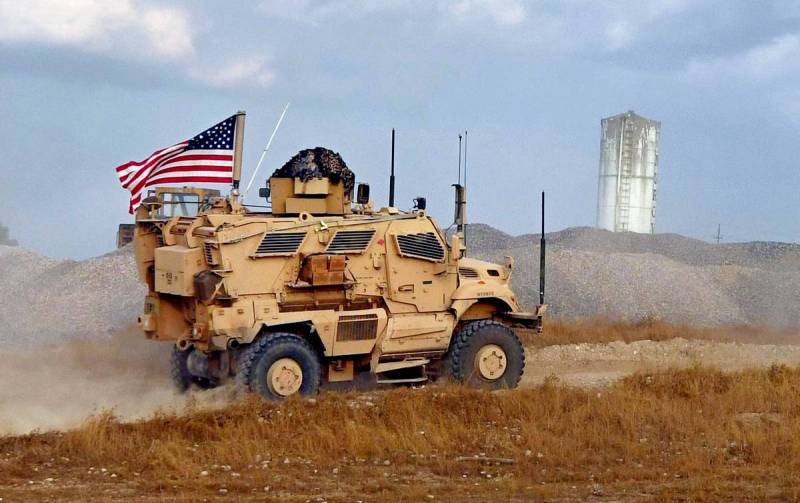 For the United States, the loss of the Middle East threatens with very serious changes in its political role throughout the world. Indeed, for more than half a century, it was the Middle East direction that has been one of the most important in American foreign policy and Washington has made tremendous efforts to counter the penetration of the Soviet Union and Russia into the Middle East. Now, according to Trump's opponents, all these efforts have been in vain, since America left the region and allowed Russia to build good relations even with its own allies.

Another reason for dissatisfaction with Trump is the situation in Ukraine. Before Trump came to power, everything turned out relatively well for the United States. In Kiev, "on the throne" Petro Poroshenko, surrounded by rabid Russophobes, nobody was going to resolve the conflict in the Donbass peacefully.

Now Ukraine is more and more demonstrating its readiness for change: it is clear that it is impossible to live the way the Ukrainian state lives now, and with all the odiousness of Zelensky, he will still be more adequate than his predecessor. The American press criticizes Trump, accusing him of weakening Ukraine. After all, the president is curtailing aid to Kiev, and this is fraught, again, with the strengthening of Russia's positions.

Finally, not everyone is happy with the trade wars unleashed by the Trump administration. After all, the financial interests of a significant part of the American establishment were tied to strong economic ties with China and the European Union, and these representatives of the American elite did not want to give up their money or even reduce their amount.

America is split in half

But even if Trump is removed from the presidency, this will hardly change the general political situation in the United States. America is split in half and the two halves hate each other. One pole is “good old America,” or rather, what is left of it. They are adherents of the values ​​of the free market, the affirmation of American political and economic power throughout the world. These people believe that the White Anglo-Saxons built America, at the worst - European immigrants, and it is they who are called to decide the present and future of the American state.

Arizona, Florida, Michigan, North Carolina - this is not a complete list of states in which the decision to remove Donald Trump will be taken very negatively. After all, there were certain hopes associated with the current head of state.

The second half of America, the second pole - adherents of the left-liberal values ​​that today vote for the Democrats. These are convinced left-wing liberals, and African-Americans, and immigrants from Asian countries, and the "progressive public" in the face of feminists, sexual and other minorities, environmental extremists. In the last election, they supported Hillary Clinton, a human rights advocate who yelped with joy at watching the shots of the brutal massacre of 70-year-old Libyan leader Muammar Gaddafi. 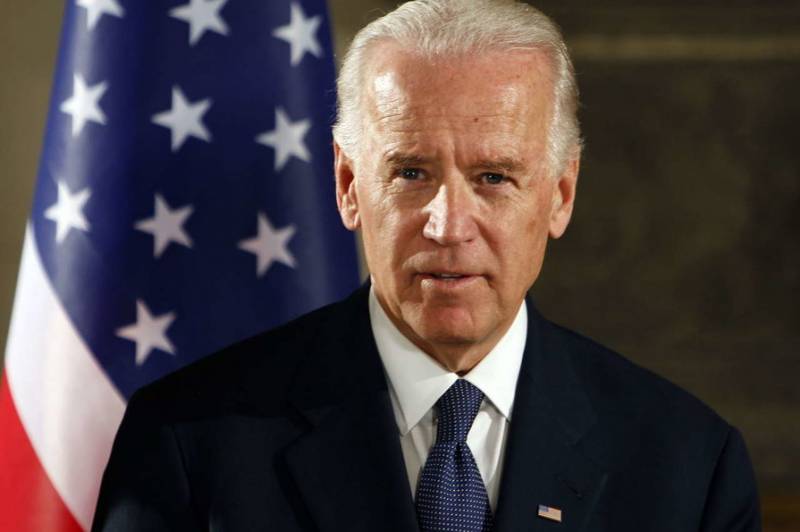 In this election, the Democratic candidate is Joe Biden. It is his removal from the election that Donald Trump is trying to achieve. But if Biden is removed, then Senator Elizabeth Warren will be the main Democratic candidate. This seventy-year-old lady is an ardent supporter of the left, environmental wing of the Democrats. And she has already indicated that in case of victory in the elections, the first thing to introduce is a moratorium on any new development of oil fields.

In addition, Warren promises to ban fracking, that is, the production of shale oil. Today it gives 70% of all US revenue. And you can imagine what the consequences of the US economy decision to ban fracking will lead to.

That is, the United States, the victory of Warren in the election, can expect even more massive upheaval than today. Even if Warren is not really as radical as on Twitter, this does not mean that she will not begin any reforms aimed at weakening oil production and, accordingly, undermining the economic base of the modern USA. 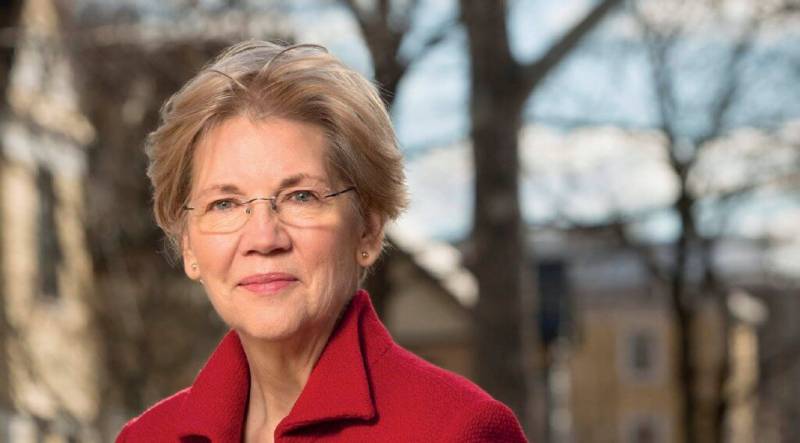 People who understand this are afraid of the victory of the Democrats more than fire. But no fewer Americans, by contrast, sincerely applaud such statements by democratic leaders. And the clash of Democrats and Republicans is inevitable, whether or not Warren or Biden are candidates, Trump to resign or not to leave.

Two parts of the American political field cannot come to consensus and, it seems, can never. Temporary compromises are possible, but even with very large reservations. America, which once seemed united and invincible, is bursting at the seams and the reason for this is the very social structure of American society.

“Corporate slaves” - the middle class, the patriarchal inhabitants of the American hinterland, various leftists and freaks, the poor and criminalized inhabitants of the ghettos of large cities - African Americans and Latin Americans, immigrants from Asia, forgotten Indians reservations. All of this is America, all of this is Americans. And how to find common tasks, common interests of so different people living in completely different conditions. Someone gets a job at Google, and someone doesn’t even know how to read and write - social polarization in the USA is enormous.

Liberals like to compare Russia and the United States, but our country has not yet dreamed of the level of polarization that exists in the United States. The apparent external prosperity of the American empire is largely built on the foundation of unresolved internal social and economic problems. And Donald Trump, unlike many other representatives of the American establishment, perfectly understands the complexity of American life, but what can he do?

If we talk about the further development of events, it will certainly look like this: first, the democratic majority of the House of Representatives will support the impeachment of Trump, but then the Republican Senate will reject it. Then the American political system will finally plunge into crisis, since no reasonable solution to the current situation is visible. And it simply does not exist. Everyone will remain in their own opinion, and it is possible to obey the majority only when it really is the majority, and does not have a superiority of several percent.

Russia and China can only watch and enjoy. And support anyone - Trump vs. Biden and Warren vs. Trump, Democrats and Republicans. The crazier the initiatives of presidential candidates, the more disruptive their potential, the better for US rivals in international politics.