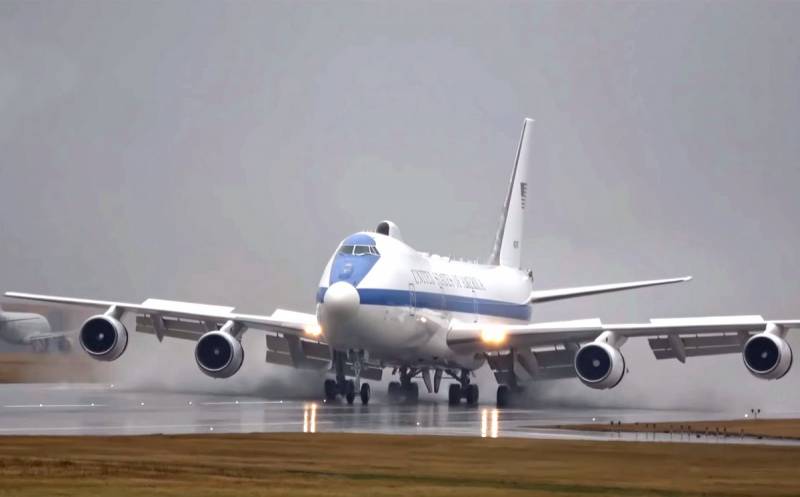 
If you believe the table on the network (image below), then the top three most expensive to operate American aircraft is as follows.

In third position with an hourly flight cost of almost 101 thousand dollars is the C-5 Galaxy. It is a strategic military transporter with a maximum takeoff weight of 379,6 tons. For the first time, this aircraft took off in the 1970 year. 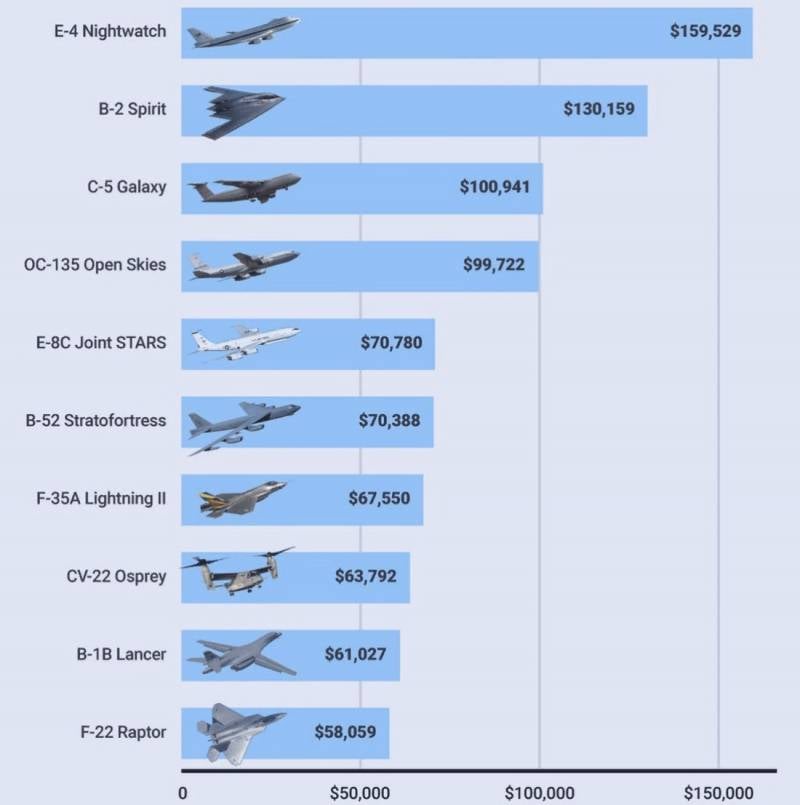 Second place with indicators in the 130,1 thousand dollars per hour of flight is occupied by the inconspicuous bomber B-2 Spirit, which began to be used by the U.S. Air Force in 1997 year.

And the true record for operating costs is the Boeing E-4B Nightwatch (NEACP), which is a flying command post. Often this aircraft is called the "Doomsday Aircraft." The cost of an hour of its flight is 159,5 thousand US dollars.

It is noteworthy that this information differs significantly from the data previously published by Forbes: for F-22 - 33,5 thousand dollars, for F-35 -28,45 thousand 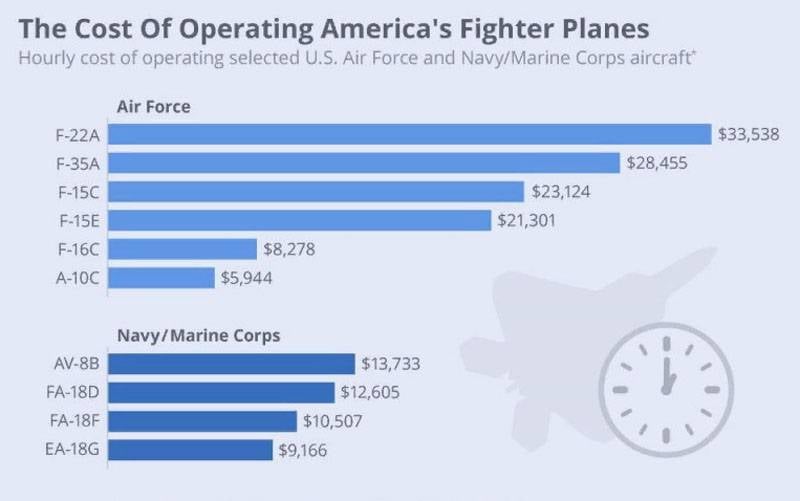