The history of the light Soviet tank infantry support MS-1 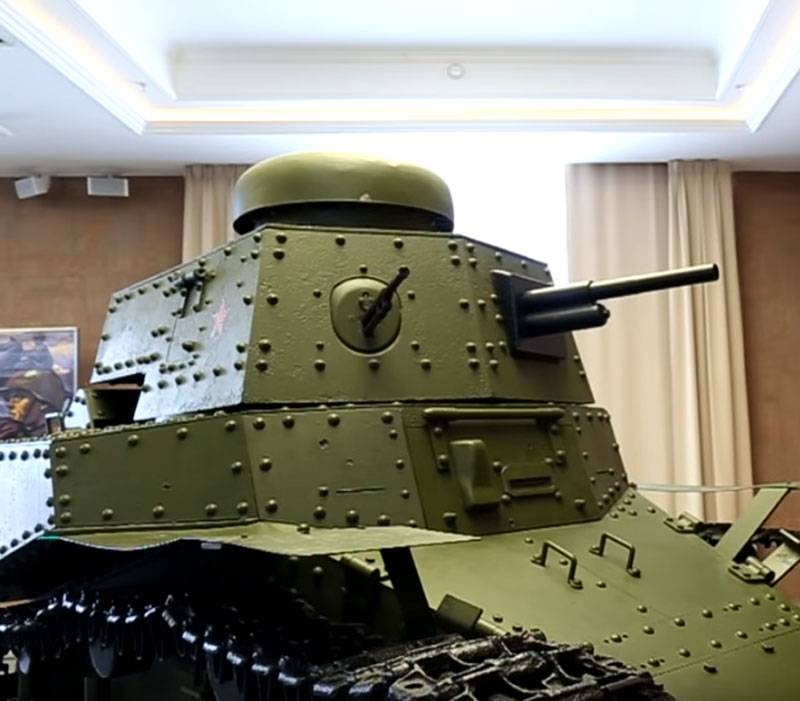 In August 2020, the 100 years of Soviet tank building will be celebrated. The tank was defined as a formidable armored vehicle with powerful weapons, as well as a means of breakthrough. In the Soviet Union, a tank-building school was well developed, its achievements and groundwork already helping Russian tank-builders to create new combat vehicles.


The very first mass Soviet a tank in the USSR of the twenties of the last century, from which, in fact, the development of Soviet tank construction began, a small tank for supporting infantry MS-1 (T-18) became. A total of 959 such machines were produced. In 1929, this tank first showed itself during the battle on the China Eastern Railway. Nine armored vehicles then managed to break the resistance of the Chinese infantry. A number of these tanks participated in battles with the Nazis in the first months of World War II. However, by that time they were already considered obsolete, therefore they did not provide significant support.

In a pilot issue of the joint project of the TacticMedia channel and the Warspot site “Tanks in Focus”, the authors will describe how the first mass-produced tank of domestic design, the MS-1 (T-18), was developed when this vehicle was put into service and when its production began. In addition, users will learn about the technical solutions incorporated in the design of the tank, about the changes introduced from series to series, about the combat use of the machine.