Utilities tariffs. Dream of a decline 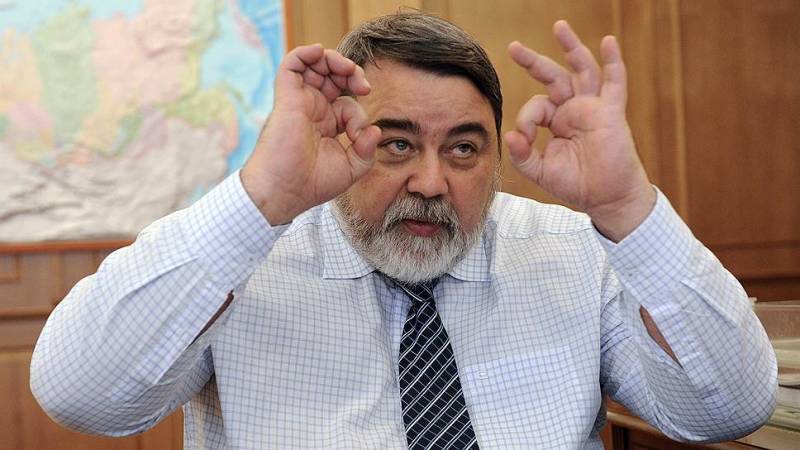 Everyone is tired of tariff chaos

The communal sphere is one of those topics that still hurt people for the living. Significant changes for the better in it, alas, were not noted after many years, during which we were constantly told that the prices for utilities should be brought closer to their real value. Not so long ago, it became clear that this is not the first year that each of us has seriously overpaid for a communal apartment.

A little later, and maybe even earlier, in the social bloc of the government, it was recognized that talking about citizens owing too much to authorities at all levels for utility services was nothing more than a myth. Public utilities managed to rob people for much larger amounts. Moreover, the permanent robbery of people still cannot be completely stopped either by local or even federal authorities. However, myth-making is an occupation capable of dragging out anyone besides weather forecasters and statisticians.

Igor Artemyev, who has been heading the Federal Antimonopoly Service for many years, is known to come from the Yabloko party. As well as a number of other well-known politicians, who today are mostly occupied with what they prove to everyone and everyone above at their loyalty. Like, we are no longer the opposition, or rather, not the opposition for a long time.

In principle, this proves only one thing: the authorities act very competently when they give opposition members work positions. And the corresponding powers.

Until now, the department headed by Artemyev has come under fire quite regularly on a variety of issues, from regular gas crises to problems with defrauded investors and equity holders. Like, they did not track, did not preempt. There were no serious complaints only on the "communal" topic. But it seems to be soon. 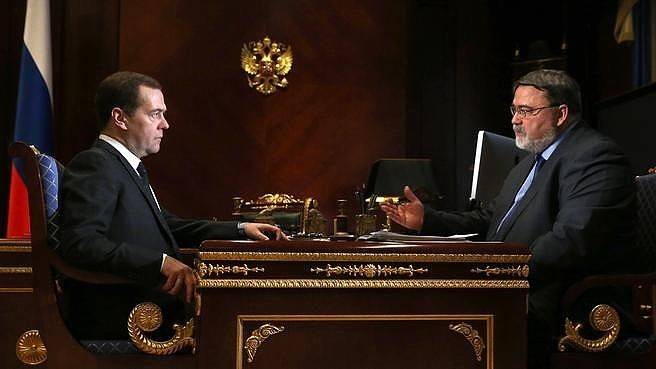 Too beautiful Igor Artemyev reported to the head of government. In repeated reports to the president, he certainly did not allow himself that. Judge for yourself, the head of the FAS not only claims that housing and communal services tariffs in Russia have been stabilized, but also promised their future reduction.

The head of the Federal Antimonopoly Service, by all indications, believes himself that in the future, tariffs will not increase, but decrease. I would very much like to agree with Igor Artemyev and with federal officials who fully share his optimism that this will happen.

However, up-to-date information so far only makes it possible to know about the parameters of the next increase in utility prices. So, even on October 31, the media announced plans for yet another “annual” indexation of housing and communal services tariffs in the field, which is scheduled for the second half of the year 2020. Strange, but it doesn’t bother anyone that the parameters of this indexation significantly exceed the planned inflation rate of 4 percent, which around the same days was confidently promised to us at the Central Bank of the Russian Federation. 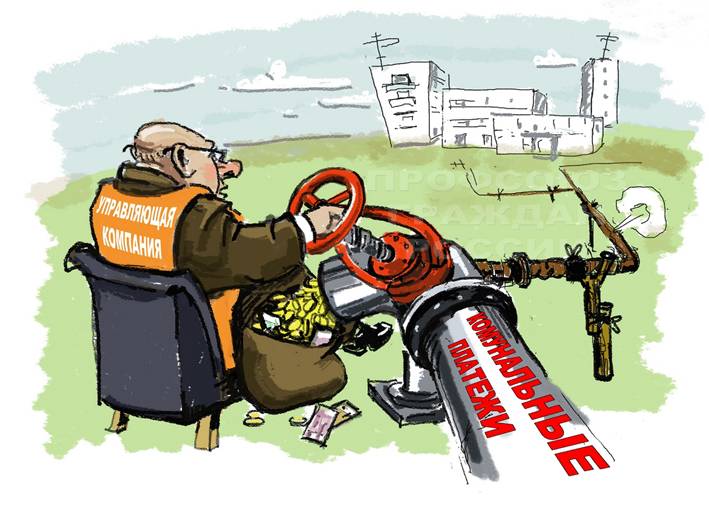 So, it is already known that most of all, and most likely, a communal apartment in the Chechen Republic should go up in price - by 6,5%. The increase in the Kabardino-Balkarian Republic will be 5,4%, in the Republic of Dagestan - 5,2%. In Moscow, the growth in utility bills will not exceed an average of 5%.

At the same time, the incomes of Russians, which are usually called real disposable (without taxes and mandatory payments) continue to fall. In the six years after the “peaceful 2013 year”, they have already decreased by 8,3%. And this is strikingly different from housing and communal services expenses, which have become larger somewhere at 7-9%, and somewhere at all 15 percent.

Back in 2014, the Russians spent no more than 8,9% of their expenses on paying for housing and communal services. By 2018, this figure rose to 9,6%, and in 2019, according to Rosstat, it already amounts to about 10% of Russian expenses. In real money, the monthly expenses of an average Russian family on a communal apartment amounted to 4,4 last year, thousands of rubles. 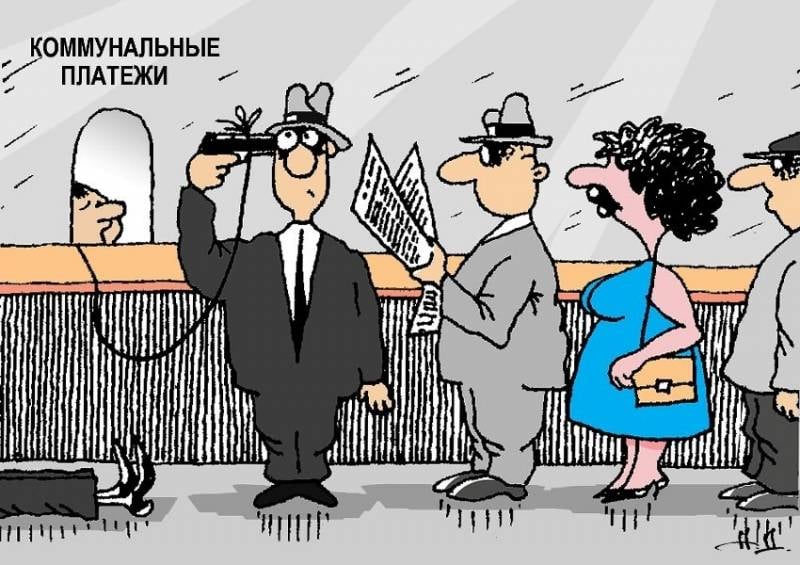 Recall that in 2019 the communal apartment managed to rise in price twice - in January - by 1,7% and in July - by 2,4%. This is the national average, which communal workers seem to look at as a hospital ward with its average temperature. But the levels of growth in payments in certain regions are still regulated by local governments, which becomes the reason for the extremely heterogeneous increase in prices for housing and communal services.

But let us return to what the FAS head told the head of the cabinet of ministers. According to Artemyev, stabilization of housing and communal services tariffs, that is, the end of communal lawlessness, happened because loopholes in the legislation of the 1990's were “eliminated”. It is these “damned” loopholes, ”according to Artemyev, that allowed regions and local governments to uncontrollably and continuously raise tariffs above limit values.

The head of the antimonopoly department is sure that "the bacchanalia of the 1990's and 2000's has been stopped." I would very much like to believe that we have already managed to work out new federal laws in the field of housing and communal services, which were adopted on behalf of Dmitry Medvedev. By the way, Igor Artemyev noted that his service had already identified the first major violations of the adopted laws.

The head of the Federal Antimonopoly Service counted “about 100 such cases after these legislative acts entered into force. We (anti-monopolists. - AP) stopped them, and millions of Russian citizens did not receive an increase in these tariffs this year just because new legislation was adopted. ” According to Artemyev, once established and approved tariffs due to inflation will decrease in 90% of cases.

Agree, the figure is very impressive, only from the realities of an individual payer for utilities is very far away. He would see a reduction in tariffs directly in the payment, and not in the reports of public utilities or the same antitrust service.

Apparently, the understanding of this made I. Artemyev admit that at present, in some cases, tariffs can still be raised. Although only with the permission of the government and the FAS. Is it any wonder that in parallel with unexpectedly positive forecasts, the head of the antimonopoly service decided to literally utterly criticize the state of affairs that has developed today in the system of paying utility bills in Russia.

In an interview with the Prime Minister, Igor Artemyev was, as they say, strict, fair, but very restrained. But on NTV, he was not really restraining himself. 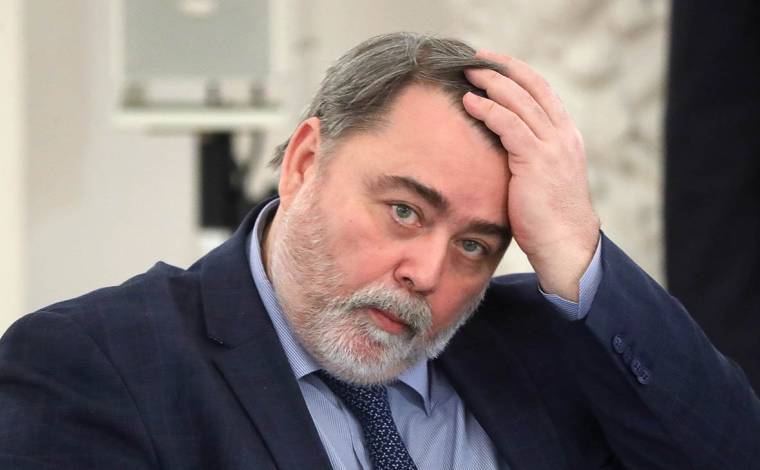 “All this talk that we are kind of miserable and underpaying these communal monsters is all bullshit. We have been overpaying them for a long time. They contain various kinds of restaurants, rest houses for themselves, hunting lodges for this matter ”,
- Not without reason, the head of the antimonopoly service was indignant on the air.

After such words, it is unlikely for any of the Russians to be surprised by the recognition by the head of the antimonopoly department of the fact that most Russians overpay at least twice for the services of the Housing and Utilities Complex. From such an overestimation, it is now truly possible to go only in one direction - in the direction of decline.

But such a fact as the spread in water tariffs in neighboring villages as many as 54 times can really surprise anyone. And not by the scatter itself, but by the fact that citizens, even knowing about such “different tariffs,” actually pay quietly on them.

And cases when people are really outraged and block roads, in Russia in our country the exception to the rule is more likely than the rule. So maybe in vain?

Numerous polls show that citizens are more concerned not with high tariffs, but with the poor condition of apartment buildings, poor quality of housing and communal services, unjust amounts in payments and the fact that an ordinary person can sometimes not figure out the charges.

According to Igor Artemyev, it is high time to pass a law on the basics of tariff regulation. One for all - otherwise there will be no real change in the situation. It is not clear where, then, did Artemyev get the tariff optimism with which he reported to the prime minister.

After all, from the TV screen the head of the FAS did not hesitate to note that in many cases the relatives of “some governor or high-ranking official” are behind the inflated tariffs.

Ctrl Enter
Noticed oshЫbku Highlight text and press. Ctrl + Enter
We are
Situational analysis of the death of the MH17 flight (Malaysian Boeing 777), made on the basis of engineering analysis from 15.08.2014Results of the week. “In our cooperative, the board is always agreed”
108 comments
Information
Dear reader, to leave comments on the publication, you must to register.