Who is the aggressor? US militarizes the Baltic Sea and the Black Sea under the guise of a “Russian threat” 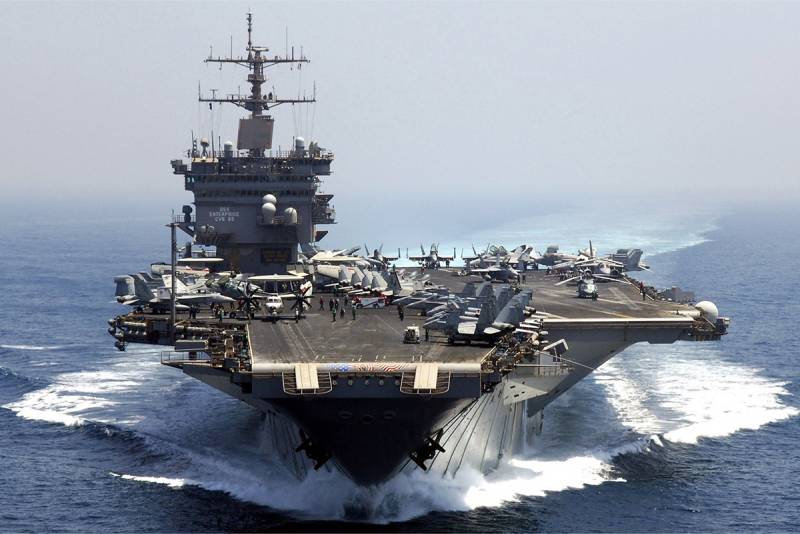 Western interest in the Black Sea and Baltic regions has not subsided for several centuries. So, recently the US Foreign Policy Research Institute presented a report on the strategic volatility of the region. American experts consider Russia the main source of problems and risks in the Black Sea region.

Until 1991, the Soviet Union, and before that the Russian Empire, controlled the entire northern and eastern coast of the Black Sea. At the same time, during the existence of the socialist camp (that is, from 1945 to 1990 years), its western coast was actually under the control of the USSR. After all, Romania and Bulgaria were part of the Warsaw Pact Organization and were the military-political allies of the USSR, and Bulgaria was generally called another Soviet republic.

Of the NATO countries, only Turkey was represented at that time. And for forty-five years, she remained the only Black Sea ally of the United States. Therefore, the Americans paid special attention to the deployment of their military bases in this country, forgave the Turkish elite any violations of human rights (of which, by the way, there were many - the Kurdish question, severe repressions against communists and socialists).

In 1991, the situation changed beyond recognition. The Soviet Union ceased to exist. Ukraine and Georgia became independent states, that is, the entire northern and most of the eastern Black Sea coast was now outside the Russian political field. True, the Black Sea Fleet of Russia remained, based, including, in Sevastopol. And his presence in this Russian hero city has always been a big problem for Ukraine and the West. 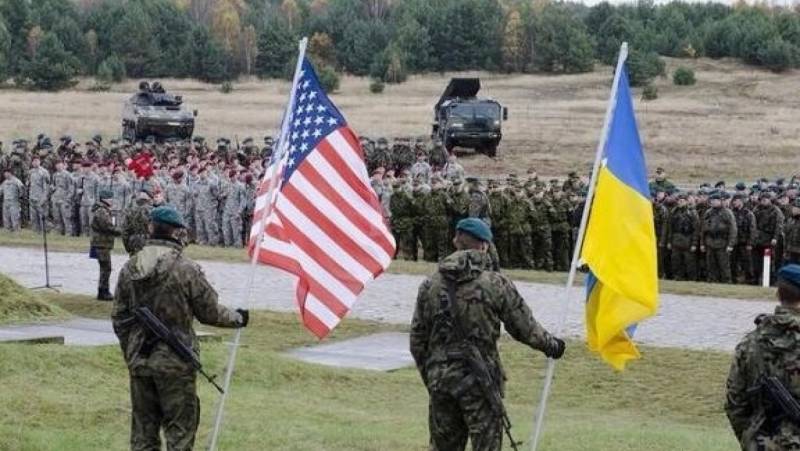 Both Georgia and Ukraine immediately fell into the zone of interests of the United States and NATO. Throughout the post-Soviet period of the existence of these states, the West has invested enormous forces and resources in order to tear these countries as far as possible from Russia. The program was simple: support all anti-Russian forces, down to frankly nationalist and Nazi. This is the liberal press of pro-Western orientation in the nineties in Russia, as we recall, frightened society with a “red-brown threat”, painted the horrors of the coming to power of Barkashovites or Limonovites. In Ukraine and Georgia, everything was different. There pro-Western forces fostered local nationalist militants, including frankly "frostbitten" groups - Nazi and criminalized.

True, Russia in the early nineties violated the plans of the West, supporting Abkhazia in the fight against Georgian nationalists. As a result, Abkhazia, like South Ossetia, became virtually independent states, albeit existing with very serious support from Russia. Exactly the same picture has developed in the former Moldavian SSR, where the Transdniestrian Moldavian Republic appeared.

It was the existence of Transdniestria, Abkhazia and South Ossetia that did not allow the West to promptly draw Moldova and Georgia into NATO. At first, the Americans did not count so seriously on Ukraine at first. It took two decades for the generation to grow up already brought up in the post-Soviet Ukrainian nationalist discourse. However, the Ukrainian authorities under Kravchuk, and under Kuchma, and even under Yanukovych turned a blind eye to the actions of nationalist radical organizations. Nationalists, in turn, were sitting in the Verkhovna Rada, quietly preparing militants under the nose of the Security Service of Ukraine.

Thus, the United States and NATO hoped in the foreseeable future to get almost the entire Black Sea region under their control. Bulgaria and Romania became NATO members, completely subordinating to Brussels and Washington in foreign policy, Georgia, Moldova and Ukraine were also under the serious influence of the West.

However, at the beginning of the 2000-s, Russia gradually began to recover from the shock of liberal reforms of the “dashing nineties”. The “Friend of Boris” was replaced by a young and energetic Vladimir Putin, and Russia's foreign policy gradually began to change. The first serious blow to the positions of the West was the lightning war with Georgia in August 2008.

However, the United States continued to count on Ukraine’s anti-Russian turn. And in 2013-2014. it happened: as a result of the Euromaidan, anti-Russian forces came to power in Kiev openly. After that, the question with the presence of the Black Sea fleet in Sevastopol could be unambiguously decided in favor of the West. But ...

On 16 of March 2014 of the year, the people of Crimea, as a result of a referendum, decided to join the Russian Federation, and Moscow quickly responded by sending troops to ensure the transfer of the peninsula to Russia.
Ukraine could not respond to this. And as a result, Crimea, becoming Russian, turned into a real stronghold of our country on the Black Sea. More precisely, it did not develop, but only returned its original role. Kiev only had control over the coastal section from the Crimea to the border with Romania, and over the northern part of the Azov coast. 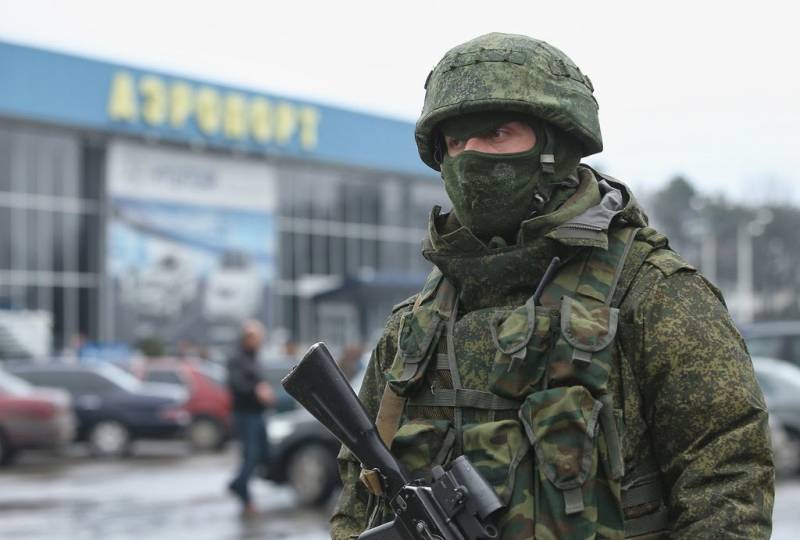 Specialists from the US Institute for Foreign Policy Studies (FPRI) have rightly noted that "in the Caucasus, Central Asia and the Levant, Russia has become even stronger than the Soviet Union has ever been." Euromaidan turned out to be a gross US foreign policy mistake. Having organized a coup in Ukraine, the American administration did not calculate the possible consequences in the form of the transfer of Crimea under Russian control, the emergence of two independent republics in the Donbass. And now the American leadership can only disentangle the consequences of its reckless actions, lamenting over the strengthening of Russia's military presence in the Black Sea.

After the 2014 year, Russia really concentrated the large armed forces on the Crimean peninsula, and began even more active and rapid modernization of the Black Sea Fleet. Concerned about the US and NATO launched a response. We see how often military exercises of the North Atlantic Alliance are held in the Black Sea region, how many countries are participating in them. And is it against this background that Russia can be blamed for destabilizing the situation in the Black Sea basin?

After all, it’s not the Russian military that openly threatens sabotage with Ukrainian infrastructure. And the list of countries participating in NATO’s permanent Black Sea exercises is impressive: Bulgaria, Romania and Turkey are indeed Black Sea states, like Ukraine or Georgia, but what does the UK, Denmark or the United States have to do with the Black Sea?

Another reason for the destabilization of the situation in the region is rooted in the political system of modern Ukraine. The level of crime, corruption, extremism in the "post-Maidan" Ukraine is off scale. This country has become one of the main "headaches" of Europe and the West is no longer happy that it allowed itself to be drawn into the Ukrainian adventure. But one cannot openly admit that it was Washington that destabilized the situation, one has to look for excuses, blaming the Russian Federation for all mortal sins.

And at this time in the Baltic ...

But if the Black Sea region can really be called problematic, then how to explain the strengthening of the military-political activity of the USA and NATO in the Baltic states? Three small states - Latvia, Estonia and Lithuania - are literally awash with foreign troops and military equipment today. And no end is expected to build up NATO's military presence in the Baltic region.

On November 4, the international military exercises of NATO “Iron Wolf - 2019-II” started in Lithuania. These are just one of these exercises, which are conducted with enviable regularity by the North Atlantic Alliance on the western borders of Russia. But in all 29 of the post-Soviet years, Russia has never shown aggression towards the small Baltic republics. Even the Russian-speaking population of Latvia, Moscow, according to the majority of Russian patriots, is not actively protecting. So what is the reason for this activity? 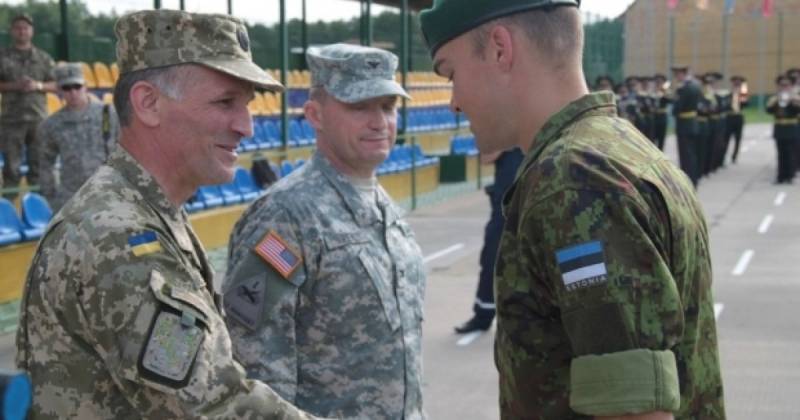 First, the West is "trying its best" at the western borders of Russia, regarding them as one of the goals of a military strike in the event of a serious armed conflict with Russia. And at the same time he uses the usual demagogy about the “Russian military threat”, explaining military exercises with the need to “contain” Russia.

A favorite “horror story” of the Western media is the threat of a Russian military attack on Estonia, Latvia, Lithuania and even Poland. True, why Russia needs to attack them, no one can answer, and this answer itself is not provided for by the propaganda doctrine of the United States and its satellites.

Secondly, NATO’s military presence in the Baltic states is a source of financial income for the small states of the region from their American and European patrons. Lithuania, Latvia, Estonia are constantly speculating on the Russian threat in order to receive financing for various crazy projects such as the construction of border walls or the training of their microscopic armies, which will still never be able to withstand even several Russian divisions. After all, the republics that practically do not have a normal economy today need somehow to receive money for the maintenance of the bureaucracy, the appetite of which is no less than that of Ukrainian officials.

Thirdly, an important task of the exercises is informational and psychological pressure on Russia and Belarus. After all, Minsk, despite the odiousness of Alexander Lukashenko and his some unfriendly words about Moscow, still remains an important partner of Russia in protecting the western borders. NATO’s ongoing military exercises, combined with an information campaign, are designed to put pressure on Belarus to break it from Russia. Therefore, for the West, the militarization of the Baltic states is so important.

However, in reality, the United States only continues to destabilize the situation in Eastern Europe, since Russia naturally responds to NATO military exercises with its own military exercises, arms and troops on the western borders. The situation looks about the same as in the Black Sea region - the United States provokes, and then accuses Russia of threatening actions.

What remains for Moscow to do in this situation? The Russian leadership has repeatedly stated that it is interested in good neighborly relations with neighboring countries. And even the position of Russians in the Baltic states and the situation in Ukraine often turn a blind eye, just to keep the West from being angry again and to prevent the Americans and Europeans from accusing Russia of aggressive politics.

But, as we see, accusations from the lips of American leaders and military experts still sound. And the policy of tough actions following the example of Abkhazia and Crimea brings good results, but does not mean an automatic tough reaction of the West. After all, neither the United States nor other NATO countries have decided and, it seems, will never decide on military actions against Russia in order to support the Ukrainian regime.

Ctrl Enter
Noticed oshЫbku Highlight text and press. Ctrl + Enter
We are
Official unconsciousness. Why Bulgaria is betraying RussiaBulgaria between East and West
11 comments
Information
Dear reader, to leave comments on the publication, you must to register.